England continued to assert their dominance over Pakistan in the shorter format of the game with a 14 run victory on Thursday. The Pakistani players will have less than a day to turn things around as the second T20 of the three-match series takes place tonight. 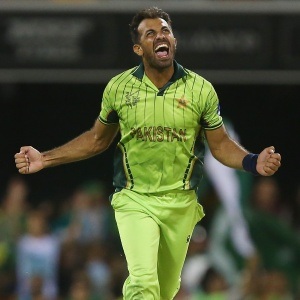 To Win Match Pakistan 11/10 Draw 35/1 England 7/10 Pakistan  Having been set a total of 160 to chase, the Pakistani’s got their batting innings off to a slow and not so steady start. By the conclusion of the third over the men in green were well and truly staring down the barrel of defeat. With their side reeling on 20-2 after four overs, Pakistani fans must have been asking themselves if things could possibly get any worse? They did. By the conclusion of the twelfth over Shahid Afridi’s men were still 75 runs shy of England’s total. While scoring 75 runs off 48 balls is not the hardest thing to do in the modern game, when you’ve only got three wickets in hand this equation becomes much tougher. It did indeed prove a bridge too far as Pakistan were bowled out for 146. So what are the positives that Pakistan can take from this game? There aren’t many to be brutally honest with you. Umar Akmal’s return to the side went according to script. The right-handed batsmen looked good but was run out in true Pakistani fashion. A horrible mix-up saw the reinstated Akmal depart the scene having scored 19 runs off 13 balls. Their decision to leave Mohammad Irfan out of the side also cost them as his replacement Imran Khan was ridiculously expensive. Khan failed to take a wicket and was the most expensive of the Pakistani bowlers- going at an economy rate of 10.5 per over. The one ray of light in a dark game for Pakistan was their tail. Anwar Ali, Sohail Tanvir and Wahab Riaz all contributed scores of 20 or more. The trio were the main reason that Pakistan got anywhere near England’s total. So where to know for the men in green? I suspect there will be mass rotation for today’s fixture. Irfan simply has to come back into the squad, as you’re never going to win a game with a bloke who’s going at 10.5 runs an over masquerading as the spearhead of your attack. It’s a bit of a left field idea, but I think the Pakistan selection committee need to have a real think about promoting Wahab Riaz up the order. Riaz has been impressive with the bat and is probably only second to Shahid Afridi when it comes to clearing the boundary ropes. I’m not saying throw him in at three, but maybe seven or at least eight. 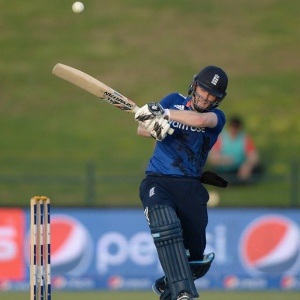 England Despite a plethora of changes to their side, the English still managed to pick up from where they left off in the ODI’s. Having won the toss, Eoin Morgan showed no sign of hesitation when he elected to bat. The England skipper may have been regretting that decision as early as the end of the third over- his side had only amassed 19 runs and had already lost three wickets. However, brilliant knocks from James Vince (41), debutant Sam Billings (53), and the skipper himself (45), guided the English to a respectable total of 160. The a few of the English bowlers were a touch bit expensive during their bowling innings. Chris Jordan and Stephen Parry both returned economy rates in excess of eight runs per over while Liam Plunkett and Reece Topley were the pick of the attack. The pair claimed three wickets apiece and returned highly respectable economy rates- Topley 6.00 per over and Plunkett 5.25 per over. While the England selectors will be loathe to see this winning streak end, I think they may be willing to take a few risks and rotate their side. I suspect, Butler and  Root will return to the fray, while Moen Ali could also be given a chance to rectify what has been a poor showing on tour. Verdict: England 7/10 With both teams doing quite a bit of rotation, I’m going to avoid the top batsmen market and play it safe by tipping the tourists to win. Bet on this match now at Hollywoodbets.net! Haven’t got an account? Open one here now