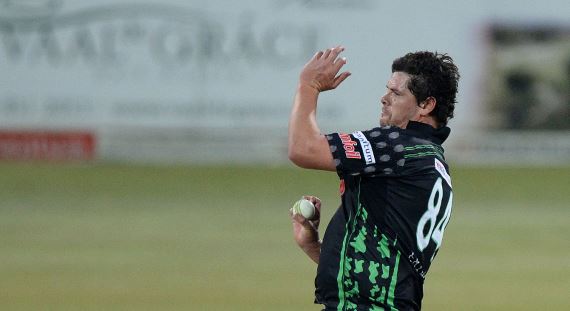 The second round of the Momentum One Day Cup action continues on Wednesday evening with the Chevrolet Warriors taking on the Sunfoil Dolphins at St Georges Park. Both sides won their opening encounters and will be eager to get another victory under their belts. 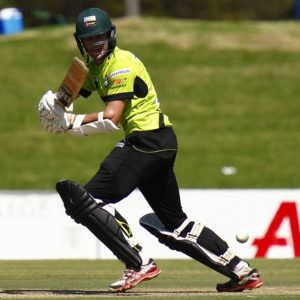 
Warriors
After enduring a slow start to last year’s campaign, the Warriors would have been itching to get a positive result from this season’s opener. They managed to do precisely this by chasing down the Titans’ total of 327 runs last Friday evening.

A mediocre bowling performance allowed the Titans to get to the competitive total without really straining themselves. With a large total having been set, the Warriors were in dire need of an innings of significance from one of their top order batsmen. Jon-Jon Smuts was the man to provide the innings the team needed. The opener starred with the bat, bringing up his hundred off just 73 balls. He was ably supported by Yaseen Vallie who contributed 52 runs to his team’s total. When Smuts departed, Vallie continued to eat away at the Titans total.

Vallie’s dismissal in the 32nd over left the Warriors requiring 144 runs off 111 balls. However, middle-order collapse saw them stumble to 230 for 6 after 41 overs. At this point the game was delicately poised, but a solid 7th wicket partnership between Simon Harmer and Andrew Birch swung things in the Warriors favour.

There was to be late drama, however, as Harmer was dismissed with the Warriors requiring 9 runs off 9 balls. He was shortly followed into the pavilion by Sisanda Magala, who was run out off the final ball of the penultimate over. The match came to a thrilling conclusion with the Warriors requiring 4 runs off the final 2 balls. Basheer Walters hit the penultimate ball of the innings for four, which saw the saw the Warriors over the line.

The Port Elizabeth-based franchise are going to need a similar display from their batsmen this week if they are to overcome a well-balanced Dolphins side. They will also need more from their first change bowlers who struggled to contain the Titans batsmen. 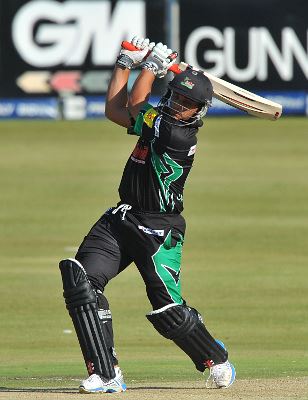 Dolphins
The Dolphins bowlers put on a fantastic performance against the Knights in their opener at the Pietermaritzburg Oval. Having won the toss, skipper Morne van Wyk opted to have a bat. While many would have questioned the skipper’s decision to bat first on a slow deck, his last few years at the Dolphins have seen him gain a deep insight into the conditions at the Pietermaritzburg oval.

The Dolphin’s innings got off to a less than ideal start, with van Wyk being sent back to the pavilion without troubling the scorers. With thecaptain dismissed, van Jaarsveld joined Cameron Delport in the middle. The pair would go on to build a solid foundation with their second wicket stand of 71.

While Delport had been the aggressor during their partnership his dismal saw van Jaarsveld go from support act to frontman. Not content with simply rotating the strike anymore, the Dolphins number three began to find the fence more regularly.

He would eventually lose his wicket in the 34th over but his 82-run innings was the key in getting his side to a respectable total. Once van Jaarsveld had departed the Dolphins struggled to find runs. They would eventually be bowled out for 246 runs with 3 balls still left in their innings.

With only 246 runs to defend the onus was always going to be on the Dolphins bowlers to get some early wickets. Robbie Frylinck heeded this call. The big man picked up two sticks in his first over and was ably supported by Craig Alexander, who got rid of the dangerous Reeza Hendricks before the Warriors batsman could turn the tide in his side’s favour.

The seamers may have set things up but left-arm spinner Keshav Maharaj also played a vital role in dismissing the Knights for 170 runs. He decimated the Knights middle order and eventually ended the game with figures of 3 wickets for 23 runs in 10 overs. Frylinck would have the final say however, removing Malusi Sibito to bring the Knights’ innings to a close.

The sides met twice in the round-robin phase of the competition last year. The Warriors hosted the Dolphins in the first encounter, which ended with the home side winning by 45 runs. The second game was played at the Pietermaritzburg Oval, and saw the men from Port Elizabeth chase down the Dolphins 274 run total with 3 balls to spare and 4 wickets still in hand.

Venue
St George’s Park is the sixth oldest cricket ground in the world. Located near enough to the coastline for moisture to play a role, expect to see a few delays during the second innings as fielders try their utmost to dry the ball before handing it back to the bowler. The ground has eight different pitches with each one playing a bit differently to the other. One of the decks was re-laid last year and offers a lot more bounce than the others.

I suspect the Warriors may go with one of the older, flatter decks in order to negate the threat Robbie Frylinck and Craig Alexander pose upfront.

Verdict 13/20
It is going to be a tight affair but my money is on the Dolphins continuing their impressive start to the campaign.