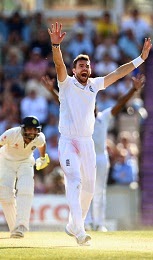 The series is wide open heading into the fourth Test at Old Trafford, both England and India tasting victory after the first Test was drawn on a sub-standard Trent Bridge pitch. While the ground has come under fire from the ICC for the poor conditions, it was a spat in the unmonitored corridor on the way to the dressing room that has proved to be the dominant narrative for the series at large. Heated exchanges on the field between James Anderson and Ravi Jadeja turned nasty in the narrow passage, although the truth of the incident will remain a mystery. India claim that Anderson verbally abused and aggressively pushed Jadeja, while England maintain that while the above is true, Anderson was acting in self-defense as Jadeja rounded on him angrily, bat in hand. With a lack of evidence, the case has been thrown out and neither face punishment. Thankfully, neither’s skewed version of the truth could gain enough traction to permanently sour a fantastically competitive series of Test cricket. England
Eleven Test matches is a long time to wait for victory. The huge weight lifted from the shoulders of Alastair Cook and his resurgent England side will no doubt come as a welcome reprieve, but the task is far from completed. It is not a stretch for the imagination to envision England capitulating completely from here on in, the release of pressure morphing into self-assured disinterest. It would be prudent for the home side to keep their eyes on the prize. And as for embattled captain Cook, passing fifty twice in the third Test will only keep his detractors quiet for so long. Centuries maketh an opening batsman and he hasn’t made one in 29 Test Match innings, dating back to the 24th of May 2013.

On the subject of batting and centuries, Gary Ballance is certainly proving he has the ability to mix it up with the best. He now has hundreds in two consecutive Test matches against India, taking his tally to three centuries in six Test matches. He’s definitely doesn’t look a traditional number three but he gets the job done, and for England, that is all that matters. Ian Bell seems to have found his touch again and Jos Buttler’s quick runs in the first innings at the Rose Bowl were so un-English, they breathed life into the side’s largely pragmatic way of grinding out a total. In the bowling department, Liam Plunkett is out with injury and has been replaced with Steven Finn. England continue to struggle to find a third seamer who can make an impact. Moeen Ali’s six wickets in the final innings in Southampton have led pundits to view the man as England’s spin messiah, and while he improves at a rapid rate, he is not yet the finished article. Eyes on the prize England, India are not done just yet. With the Indian camp fixated of the Anderson verdict, there will no doubt be much disappointment at the judgement. They feel wronged and have urged the ICC to appeal and reassess the result, but the BCCI and Indian cricket in general would be better served if they focussed on the contest at hand. India was beaten consummately at the Rose Bowl, losing just about every important passage of play during the Test. Considering the manner of their victory at Lord’s, it was an abject display. India are not famed for their steeliness away from home but must certainly feel they are still in this Test series. The track in Manchester is likely to take turn and England’s attack is heavily reliant on the exploits of Jimmy Anderson and Stuart Broad. It is telling, however, that number nine Bhuvneshwar Kumar is third-highest scoring Indian batsman. The side is battling for runs, especially from the likes of Pujara and Kohli. Both will, in the future (near or distant), hurt England and other teams around the world. But for now, India need not be sentimental. Shikhar Dhawan has struggled more than most and could possibly make way for Gautam Gambhir to make a case at the top of the order.

Runs have been a problem on this tour, but the search for twenty wickets is another issue within Indian cricket. They have managed the feat only four times in the last fifteen away Tests they have played, and on three of those occasions it made no difference to the result. India still lost. The Lord’s Test was the exception, although the chief destroyers from that match are now, perhaps, sidelined. Ishant Sharma remains unfit but may have a chance of playing the fifth Test, while Kumar bowled only gingerly for five minutes in training with swelling on his ankle. India have not called for a fast bowling replacement but the signs aren’t good. There seems little doubt that Ravi Ashwin will get his chance, many pundits incredulous that he hasn’t played from the outset. No-one is considering the option of Dhoni playing two spinners, both handy with the bat. It may seem suicide on English tracks that are prepared for seamers but, as Southampton showed, the spinners will always have their part to play on the final days.

Venue
All indications are that Old Trafford may be the liveliest track yet, pace and bounce a hallmark of the Ashes Test played at the ground last year. While this will no doubt provoke a seam laden attack, the ball coming onto the bat will also be in the interest of the batsmen. The extra bounce in the pitch will likely come into play for the spinners later in the game. Rain is forecast for much of the weekend. England hasn’t lost at the ground since 2001.

BEST: A Hundred to be Scored in the 1st Innings, YES 8/10
The past three Test contests at the ground have yielded a century in the first innings, and rather large ones too. Michael Clarke’s 187 was preceded by Ian Bell’s 128, and Ross Taylor scored 154 not out in 2008. The side batting first will most definitely get the best use of the wicket and with the amount of rain predicted, runs may be tough to come by later in the Test. I’ll be swaying a verdict this week, as I’m not brave enough to effectively back weather reports. Get on this little gem of a market.