Strap in for a wild ride as the ODI series between England and New Zealand comes to a close with both sides still locked together. Two Tests and four one-dayers have so far not been able to separate England and New Zealand, but Chester-le-Street will provide the setting for the series and tour decider (if you don’t include the solitary and obligatory T20). The tour has been a fantastic advert for both forms of the game but the fifty-over series has been a painful one for bowlers. Runs are currently coming at 7.33 to the over after the four completed ODIs and the ridiculous increase in scoring rate witnessed at the World Cup looks set to become the norm. I wouldn’t rule out a nail-biting finish to what has been an extraordinary set of fixtures. 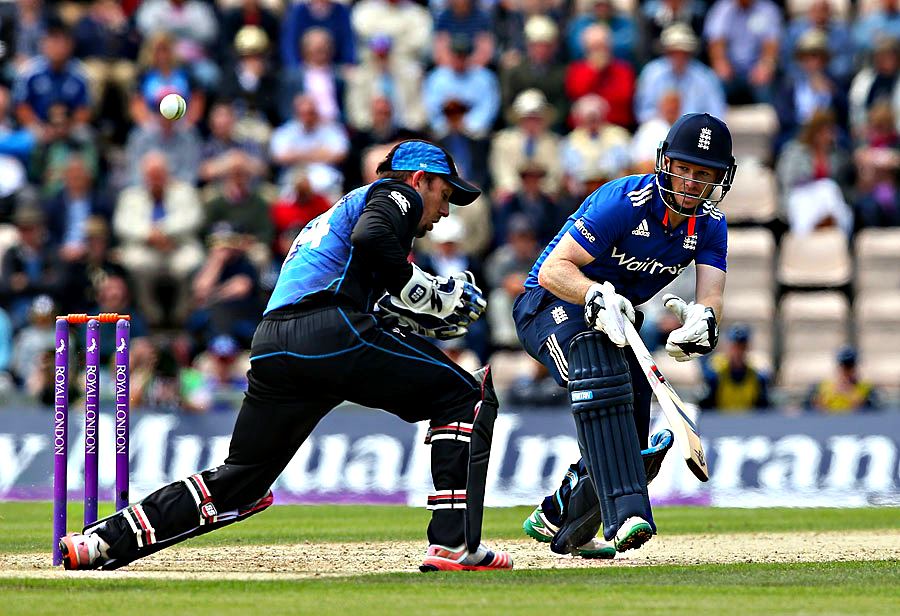 England
Well, clearly England’s ‘new’ brand of aggressive cricket has proven a success. The concept is by no means a creation of their own, but so far one cannot fault the execution. England’s lowest point in the series probably came in the third ODI at the Ageas Bowl as the back end of their innings collapsed, but they still managed to cross the 300 mark. Another criticism can be levelled at the fielding department who have shelled numerous catches this series. Jos Buttler may be an invaluable asset in the lower-middle order but his catching behind the stumps has proved inconsistent at best.

This young, energetic England side have taken a leaf out of McCullum’s book and have committed to audacity. Sure, there are times – such as the third ODI – when plans will go awry. But records are tumbling. In their last outing, England completed their first successful chase of 350; in fact, they walked the chase. Joe Root and Eoin Morgan managed centuries and the English captain now has four fifty-plus scores on the trot. No English leader had previously pulled off the feat. England have also entered unheralded territory in crossing 300 in four matches on the spin. This is a reaction to a World Cup in which they were exposed as a archaic unit with an outdated philosophy. Credit must go to the side and coach for turning the corner so quickly. In terms of team news, Chris Jordan and Liam Plunkett has been ruled out of the series and twins Jamie and Craig Overton have been called up in another nod to the future. Although Brendon McCullum has helped change the ODI landscape, his aggressive tactics won’t always bear fruit. This is especially true when others begin to adopt the same blueprint. A certain degree of nuance may now be required of the New Zealand captain if he is to leave English shores the victor. It’s almost as if – in such a short period of time – McCullum has become predictable. A bit of variation in tactics, particularly in the field and bowling changes, may help to keep the flourishing English batsmen on their toes.

A huge blow for the Black Caps is the untimely injury to strike bowler Trent Boult. Ben Wheeler has stepped up nicely into the role but without the same deadly authority. The retirement of Dan Vettori has also left New Zealand without a spinner who can truly choke the opposition run-rate. Young Mitchell Santner looks a great prospect for the future but needs time to hone his craft. Speaking of young guns, Kane Williamson is one to behold. He became the fifth fastest batsmen in ODI history to reach 3000 runs and he is not yet 25-years-old. Seamer Andrew Mathieson has been called up as cover to a squad now missing Boult, Corey Anderson and World Cup tearaway Adam Milne.

Venue
The Riverside Ground plays host to the deciding one-day international and although England have a good record of winning at the ground, they lost to Sri Lanka in their last appearance by 157-runs. The last time these sides met at Chester-le-Street, England emerged 114-run winners with a Kevin Pietersen century. There is rain predicted for Saturday, but reports indicate short showers rather than prolonged spells.

VERDICT: England 21/20
This one is too close for comfort. Whichever side you choose to back here, neither can be done with full confidence. I’ve decided to stick my neck out and back England based on the rejuvenating properties a change of attitude brings. They blitzed through a massive chase last time out and have the momentum. Get on.