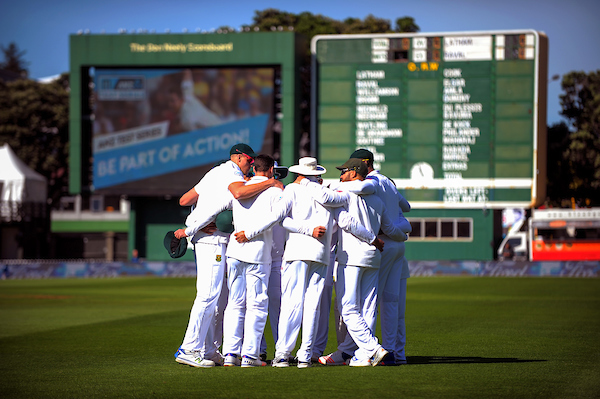 The Proteas are all set to take on the ODI world champions with the three-match series getting underway in the shadow of Table Mountain at Newlands.

England will play their first ODI since the Cricket World Cup in a match that will also be the South Africans first outing in the format since their flop at the quadrennial showpiece.


South Africa
The Proteas assuaged some of their fitness fears as Lungi Ngidi, Tabraiz Shamsi and Jon-Jon Smuts came through a pre-series test but uncapped medium-pacer Sisanda Magala failed and will not take part in the ODIs.

There are eight top-order batsmen in the squad including wicketkeepers Quinton de Kock and Kyle Verreynne and most of them are known for their aggressive batting, signalling the Proteas intent to play bold, attacking cricket.

The Proteas have picked two spinners in Shamsi and Bjorn Fortuin and can also use the part-time slow-left arm of Jon-Jon Smuts which has proven tough to face on the domestic scene.

David Miller and De Kock will need to step up as the senior batsmen in the squad although Rassie van der Dussen and Reeza Hendricks have shown they are capable of winning ODI matches for the Proteas.

England
Eoin Morgan continues to lead England’s ODI unit for the series in South Africa with some of the World Cup heroes available and a raft of up and coming talent filling the gaps.

The Proteas might be relieved to see no Ben Stokes in the England squad while Jos Buttler is also rested for the series while Moeen Ali returns to the team.

Ali is one of three spinners in the squad with leg-spinners Adil Rashid and Matt Parkinson also in the group. The tourists have plenty of leggies to call on with Dawid Malan and Joe Denly also giving Morgan slow-bowling options.

Jason Roy laid down a marker as England’s dangerman with a century in a warm-up game in Paarl. Jonny Bairstow has struggled for form in the longer format but should welcome the return of ODI cricket.

As the only specialist wicketkeeper in the squad, Bairstow should be guaranteed a place, but he may be asked to bat at three with uncapped opener Tom Banton in the group.

Verdict: England 63/10
The world champs should have the edge.