The ICC U19 World Cup is now in full swing with nearly all of the participating nations having played at least one match thus far. Saturday’s main game will see pre-tournament favourites, India take on a New Zealand side who were surprisingly beaten by Nepal in their first match.

Can India make it two out of two or will New Zealand put the shock of their opening defeat behind them and bounce back? 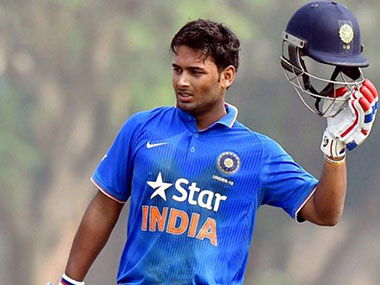 India
India got their U19 World Cup campaign off to the ideal start when they cruised past Ireland in a 79-run victory at the Shere Bangla National Stadium in Mirpur on Thursday.

Having lost the toss and being sent into bat in tricky conditions, the Indians struggled initially, limping to 4-55 after 17 overs. With the Indians struggling, Washington Sunday strode out into the middle to join Safaraz Khan. Together, the two would go about rebuilding the Indian innings with a 110-run partnership.

Khan batted beautifully and played the role of the aggressor as his partner was happy to nudge and nurdle, looking to rotate the strike. The Irish would eventually break the partnership as Khan was stumped off the bowling of William McClintock. Mahipal Lomror would fall soon after as he was bowled by Joshua Little. The young Indians would eventually post a more than competitive total of 268-9.

The Indian bowlers gave very little away in the defence of their total, getting rid of both Irish openers within the first four overs. Fast forward to the 16th over and the Irish – who are only participating in the tournament because of Australia’s withdrawal – were 46-4. Lorcan Tucker and McClintock would fight back admirably, however, their scores of 57 and 58 weren’t enough to bring the Irish close to the Indian total.

Looking back, the Indian seam duo of Avish Khan and Rahul Batham bowled spectacularly well on a wicket that offered the spinners all of the assistance in the world. Probing lines and lengths meant that the Irish could never get anywhere near the required run rate as they were effectively choked out of the match.

I don’t really think that India will make any changes to their squad heading into the next match as they will look to keep the side settled in their bid to win the competition. New Zealand
It had only taken two days for the tournament to produce its first major upset as the tiny Southern Asian nation of Nepal beat New Zealand by 32 runs. The result would have come as a shock to the junior Black Caps whose qualification for the next round hangs in the balance.

New Zealand would have been fairly confident of a win against their Asian opposition as they won the toss and sent the minnows into bat. There were no stand-out performers as just about the whole Nepalese batting line-up contributed to their total of 238-7. Man of the match and top scorer, Raju Rijal anchored the innings on his way to a solid 65-ball 48.

Kushal Bhurtel provided the fireworks lower down the order as he blitzed his was to 35 off just 23 balls. The New Zealanders will look at their bowling attack and wonder why they weren’t able to restrict the flow of runs on a wicket that became increasingly difficult to bat on.

This was highlighted in the New Zealander’s chase as they were bundled out for 189 in 49.1 overs. After a relatively tame start to the innings, Glenn Phillips (52) and Josh Finnie (37) put together a solid 72-run partnership that kept their side in the hunt. Both would be dismissed in quick succession as it looked like the New Zealand challenge would fall apart.

However, another good partnership formed between Nathan Smith and Dale Phillips brought the equation down to 41 off 24 balls. The two would soon fall to Dipendra Singh Airee as the game swung very much in Nepal’s favour.

While I don’t think New Zealand should be panicking just yet, they will have to play incredibly well to get past an Indian side who are used to playing in these conditions. There had been nothing in the way of team news at the time of publishing, but I don’t think too much will change looking ahead.

Verdict: India
The Indians didn’t come into this World Cup as the pre-tournament favourites for nothing. They’ve proven that they’re more than comfortable of playing on Bangladesh’s low, slow wickets. Back them to breeze past an embattled New Zealand side.