Having secured a 2-0 series win in the shortest format of the bilateral series, the Proteas will be looking to get off to a winning start when they meet India in the first of five One Day Internationals. The teams will head to the northerly city of Kanpur to get the ODI series underway at the Green Park Stadium. 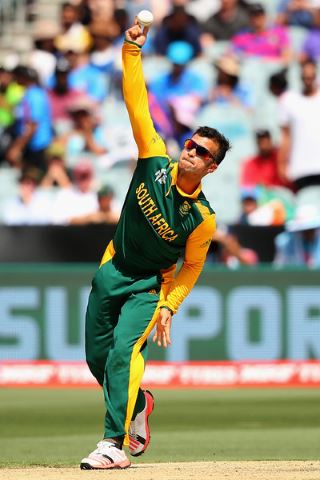 South Africa
Russel Domingo will be hoping that his ODI squad can replicate the fight and desire that the T20 side showed in the first two games of the tour. In a series where India were heavily favoured to put the South Africans to the sword, outstanding performances from Kagiso Rabada, JP Duminy and AB de Villiers saw the Proteas prosper at the end of the day.

The men in Green and Gold will be bolstered by the return of Dale Steyn and Morne Morkel, both of whom are coming off a rest from the T20 series. The two will add more guile and ferocity to a bowling attack that looked a bit toothless in the first T20. Although they skittled the Indians out for less than 100 in the 2nd game, Domingo will know the score flattered his bowlers, as India’s batsmen threw their wickets away with poor running between the wickets and shot selection.

More encouraging however, is JP Duminy’s form with the bat. He played an integral role in steering the Proteas home in both T20 Internationals scoring 68* and 30*. The rest of the South African top order will be fairly comfortable playing on this sort of surface, with nearly all of them turning out regularly in the IPL.

India
The Indians will no doubt look forward to a pitch specifically tailored to suit their spin-heavy bowling attack. MS Dhoni will be able to call on the likes of Amit Mishra, Gurkeerat Singh and Ravichandran Ashwin who will all pose a massive threat to the South African batsmen. The selectors have also included Umesh Yadav in the ODI squad. Yadav, who was not in the T20 squad, will add some much-needed pace to an Indian attack which looked slightly one-dimensional during the T20s.

If India are to do well in the ODI series, they will need their dangerous top order to knock the wind out of the South African bowling attack’s sails early on. Shikhar Dhawan, Virat Kohli, Rohit Sharma and Ajimkya Rahane will look to set a platform from which Suresh Raina and MS Dhoni can launch later on in the innings.

The Indians are at their best when their top order fires, setting massive totals in excess of 300. Doing so gives their bowlers the opportunity to strangle opposition batsmenm, who usually find it difficult to score quickly against their world-class spin attack.

Venue
Following the crowd trouble that marred the 2nd T20 in Cuttack, the Kanpur administration have erected 10-foot-high nets in front of the stands to ensure that no missiles make it onto the playing field. The pitch, as mentioned earlier, will be prepared in order to assist the spinners. Expect the wicket to be dry with very little grass cover come Sunday morning. The South African quicks are going to have to work incredibly hard to extract anything out of this surface, as such, they will be looking to Imran Tahir and JP Duminy for big performances.

Verdict South Africa 11/10
The South Africans will have their tails up after two good performances in the T20 series. Their ranks will also be bolstered by the return of their two front-line seamers. If the Proteas can make early inroads against an out-of-sorts Indian top order, I’d back them to get the job done in sweltering conditions at the Green Park Stadium.