The teams head to Rajikot with the series nicely poised at 1-1. The South Africans will be kicking themselves not only for their pathetic batting display but also for allowing MS Dhoni to resurrect an Indian batting innings that was on its death bed. Dhoni’s innings allowed the Indians to set a modest total of 247 runs. It seems the South African batsmen were a bit jealous of their bowlers exploits. After a positive start, the South African batting line up contrived to snatch defeat from the jaws of victory. They were eventually bowled out for 225 runs and handed India a life line in the series.

With only three matches remaining and the series tied-up, there’s a lot hinging on the result of this game. While it won’t see either side take an unassailable lead in the series, it will greatly enhance the victor’s chances of winning the ODI segment of the Paytm Freedom series. 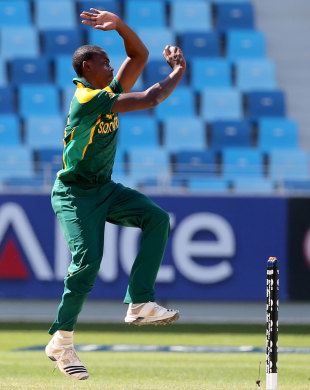 South Africa
As I alluded to in the introduction, South Africa really did contrive to snatch defeat from the jaws of victory. While they looked like they had put the ghosts of the World Cup and subsequent ODI series against Bangladesh and New Zealand to bed, with their strong showing in the T20 segment of this tour. The old frailties that hampered their World Cup came to the fore and were evident in the aforementioned ODI series, seem to have returned. While a few batting collapses can be put down to key players struggling for form, It now seems like it’s become more of a mental issue for the Proteas.

While the bowlers failed to wrap up the Indian innings, most of them did return impressive stats. Kagiso Rabada and Imran Tahir carried on from where they left off in the T20 series, the duo returned economy rates of under 5 runs per over and picked up 3 wickets between them. They were well supported by South Africa’s two premier pace bowlers. Morne Morkel and Dale Steyn also went at under 5 runs per over. Steyn was particularly impressive claiming 3 wickets for 49 runs in his allotted 10 overs.  JP Duminy was the only bowler to go for more than 5 runs per over. MS Dhoni took a fancy to the left arm spinner and proceeded to destroy Duminy’s figures. The South African all-rounder would eventually return figures went for 59 runs off his nine overs.

AB de Villiers and co are going to have to put in a performance this Sunday as the Indians now sense blood in the water. The bowlers are also going to have to be more cutthroat, and ensure they don’t let India off the hook. 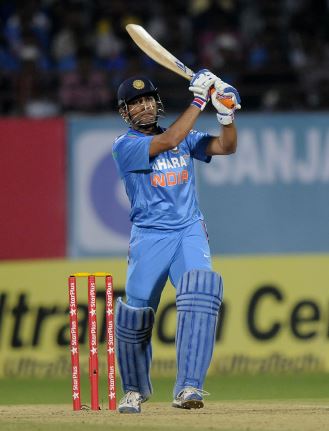 India
The Indians will have their tails up after a rousing performance against the Proteas on Wednesday. Key for the men in blue was the return to form of MS Dhoni. The mercurial Indian captain scored an unbeaten 92 to take his side to a defendable total of 247 after India had found themselves at 165-7. Ajinkya Rahane laid the foundations for Dhoni to finish off the innings with a fine knock of 51 before he fell to an absolute ripper from Imran Tahir.

Dhoni will be looking for more fight from his to order going into the third ODI in Rajikot. Sharma, Dhawan, Kohli and Raina all failed with the bat in the 2nd ODI. While Kohli is undroppable and Sharma is in good form, Raina and Dhawan will have to buck up soon or they may well lose their places in the ODI squad going forward.

Axar Patel will be looking for another big performance come Sunday. He did an outstanding job at creating pressure, going for only 3.90 an over taking three wickets in the process. It’s a remarkable comeback for the young off-spinner after coming in for a lot of punishment in the first ODI and throughout the T20 series.

Dhoni and his charges will be fired up after their unlikely win earlier in the week and will be looking to take a 2-1 lead in the series. Their top order is going to have to fire while their quicks will need to look at being more economical if they’re going to go ahead in the series.

Venue
The one and only ODI played at the stadium took place in January 2013. The match was part of a five match series between England and the home side. The English tourists set a competitive total of 325, which proved to be enough to win the match. The home side ended their innings nine runs short of the tourists’ score.

The ground can hold a 28,000 supporters and while its maximum capacity is nowhere near the size of Eden Gardens or the Raipur Nehru International stadium, the South Africans should still expect an intense atmosphere.
The stadium boasts some of the longest boundaries in India and while this would have been an issue for batsmen a few years ago, the size of bats nowadays make clearing the substantial boundaries quite an easy task.

While there’s not much information on the pitch, locals say it’s a bit quicker than your standard sub-continent deck.

While the pitch may not keep to the traditional sub-continent standards, the weather for Sunday’s game certainly does. The local weather service is predicting temperatures in excess of 38 degrees and humidity levels of 38 percent.

Verdict: South Africa 1/1
The South Africans will be desperate to bounce back after a surprising defeat in the 2nd ODI. If the South Africans can make early inroads again and do a better job of cleaning up the tail, they’ll be in a strong position to win this match. The Proteas definitely have the attack to do so with the likes of Kagiso Rabada, Imran Tahir and Dale Steyn all wicket-taking bowlers.