Faf du Plessis and his men will look to secure a series whitewash when South Africa take on India in the third and final T20 International at Eden Gardens on Thursday. Having won the first game in thrilling circumstances by 7 wickets, the Proteas romped to a 6 wicket win in Cuttack after dismissing the Indians for a measly 92, their lowest total in a home T20 International.

The teams will now head to the maelstrom that is Eden Gardens for the 3rd and final T20 International of the tour. 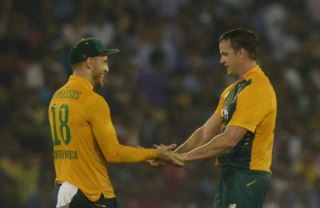 The South African management will be thrilled with the high level of intensity the players showed as they skittled out a dangerous looking Indian line-up for just 92. Most impressive though, was the emphatic return of Albie Morkel, who put in a man of the match performance with figures of 3 for 12. The disciplined nature of the bowling performance will please Russel Domingo, especially after a relatively below-par performance in the first T20.

With the series already decided, Domingo might well change his team up, giving a few of the bit-part players a chance to show what they can do. This match could prove the ideal opportunity to give an out of form Quinton de Kock the chance to get some runs under his belt. He’s seen a promising start to his international career curtailed somewhat by indifferent form with the bat.

Domingo might also want to give Khaya Zondo a go against the Indians. The aggressive middle-order batsman has had an outstanding start to his domestic T20 career averaging just under 28 at a strike rate of 108 for the Dolphins. 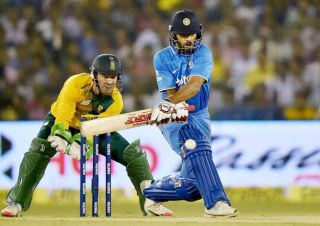 The Indian batsmen proved to be the architects of their own demise with several soft dismissals costing them on Tuesday evening. The hosts were dismissed with 16 balls remaining in their innings, losing their last eight wickets for just 49 runs. MS Dhoni’s men know they will need to improve if they are to have any chance of avoiding a series whitewash against a fired-up South African team.

India may well look to bring in Ajinkya Rahane for Shikar Dhawan, who has struggled for form in the first two matches of the series, mustering only 14 runs in his two innings thus far.

There may also be a return for the diminutive Amit Mishra. His attacking brand of legspin has served the Indian team well in the seven T20 Internationals he’s played in. An economy rate of just under 6.5 and career-best figures of 3-26 could see him replace Axar Patel who has looked out of sorts in the first two games.

Expect the 90,000 seater Eden Gardens to be awash with Indian fans on Thursday evening. Local weather services are predicting showers throughout the day, eventually clearing at around 18:00, so we might see a shortened game. Traditionally speaking, the pitch is on the slower side offering plenty of assistance to the spinners. However, with so much rain forecast during the day coupled with the humidity of the evening, the spinners will be in for a tough evening trying to keep the ball as dry as possible.

Verdict: India 17/20
South Africa look good coming into this game after strong performances in the previous two matches. However, with the Indians playing in front of a massive Eden Gardens crowd, and South Africa likely to rest some key players, I can see the hosts salvaging some pride with a consolation win in the final T20.