After a brilliant death bowling performance saw the Proteas to victory in Rajkot, the teams now head to Chennai for the fourth ODI. With the tourists one game up in the series, the hosts know there’s a lot riding on the result at the MA Chidambaram Stadium. Will the Proteas claim another series victory on their tour of India, or will the hosts ensure that the ODI segment of the bilateral series goes down to the last game? 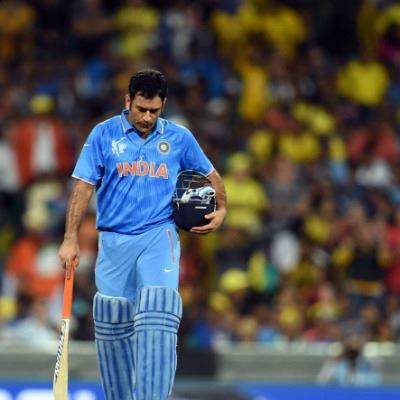 India
This is unknown territory for the Indians, who usually dominate their home series. They have already lost the T20 segment of the bilateral series and a loss in the ODI format is likely to spark similar scenes to those witnessed in Cuttack. With the whole of India demanding a win, Dhoni and his side are under intense pressure.

While their bowlers and top order batsmen have come to the party, the host’s middle order is yet to produce the goods. MS Dhoni has enjoyed little support from the likes of Raina and Patel. While the Indian skipper has been in devastating form, he cannot be expected to close out the Indian batting innings in every single match. His top order have been in good nick and have set some decent platforms for the rest of the team to launch from, but as of yet, they haven’t been able to capitalize on the good starts.

This will need to change on Thursday if the Indians are to avoid their second consecutive series defeat. 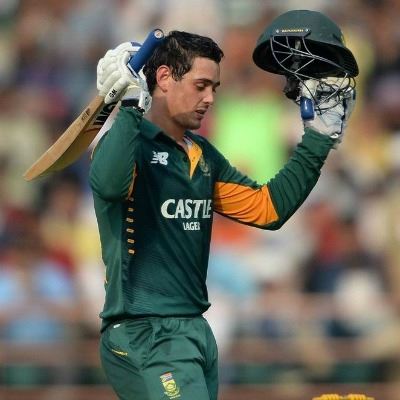 South Africa
With the pitch becoming slower with each passing over in Rajkot, a lot hinged on who batted first. While there was not a lot of information regarding the nature of the pitch to go on, the South Africans had obviously done their homework. Having won the toss, there was no sign of hesitation from AB de Villiers when asked what he wanted to do first. The Proteas skipper responded to the question with an emphatic ‘we will bat’. His decision was to be vindicated, as the Proteas set a match-winning target of 270.

The South Africans decided to open the batting with the untried pairing of Quinton de Kock and David Miller. While de Kock has been a fixture at the top of the South African batting order for a while now, Miller usually comes in a lot later on. The decision to try an experimental opening pairing paid dividends, however, with Miller and de Kock’s first wicket partnership of 72, setting a good foundation for the tourists to work off. Hashim Amla came to the wicket when Miller departed the scene, but could only add five runs to the Protea’s score before he was dismissed. While there would have been a bit of trepidation in the South African dressing room at that point; Faf du Plessis’ knock of 60 helped settle the nerves.

In his haste to accelerate his side’s run rate, du Plessis started to play some unorthodox shots. While a few of his ramp shots came off, he would eventually depart trying to lift the ball over the keeper’s head. With du Plessis back in the pavilion, the Proteas’ talismanic skipper strode to the wicket. His innings was to be briefer than Amla’s after he was dismissed after facing only five balls. He also managed to get Quinton de Kock run out before he made his way back to the pavilion.

With wickets tumbling around him, Farhaan Berhadien, provided some rear-guard resistance. The batting all-rounder’s knock of 33 was crucial in getting his team to 270.

While the Phalaborwa express struggled to come to grips with the conditions, his partner in crime, Morne Morkel, had no such issues. The big man managed to grab four wickets and returned an economy rate of 3.9 per over. He was ably supported by Kagiso Rabada. The youngster may not have picked up a stick, but his economy rate of 3.9 helped keep things tight. The two quicks were well supported by their spinners. Imran Tahir and JP Duminy didn’t produce the best economy rates but did each chip in with a wicket.

Duminy sustained an injury to his right hand in the match and will be out of action for the next two to three weeks. His place in the squad is taken by Titans batsman, Dean Elgar. Whether Elgar will be thrown straight into the starting eleven or whether he will simply make up the squad numbers is yet to be seen.

Venue
The MA Chidambaram Stadium can accommodate 38,000 supporters and is likely to have that amount of fans stroll through its turnstiles on Thursday. The locals are said to be the most appreciative and knowledgeable supporters in the country.

The pitch itself has been altered over the years, in a bid to assist the Indian spinners. It used to have a bit of pace and bounce about it, especially in the mid-1970’s when it didn’t receive the same attention from the ground staff as it has in the modern era. As the years have progressed, the track has got slower and slower.

The local weather bureau is predicting a partly cloudy day with no chance of rain. The temperatures being predicted for Thursday’s game will not please Quinton de Kock with the mercury set to rise to around 35 degrees Celsius.

Verdict: India 8/10
The hosts need a win and with JP Duminy out of the equation, I think they will get it.