The second semi-final of this season’s KFC Big Bash sees the Melbourne Stars welcome the Perth Scorchers to the Melbourne Cricket Ground in what promises to be an absolute humdinger of a match.

Can the Scorchers claim their place in a fifth-straight final or will the Stars get past the semi-finals for the first time in their history? 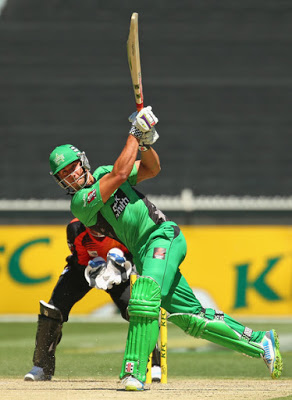 Melbourne Stars
The Stars managed to weather an early season storm which saw them lose their first two games to complete the group stage of BBL05 in second place, booking themselves a home semi-final at the majestic Melbourne Cricket Ground (MCG).
The Stars haven’t really relied solely on any one player to get them to the semi-finals – as much is evident when you look at the top run-scorers and wicket-takers. Ben Hilfenhaus has managed to take the most wickets for the Melbourne franchise, grabbing nine sticks is six games and currently sits tenth in the wicket-taking stakes. Englishman, Luke Wright, is the Stars most consistent performer with the bat. The man from Lincolnshire has been solid with the bat this season racking up 250 runs – the bulk of them coming in a dazzling performance against the Renegades in which he scored an unbeaten 109.
The Stars have been dealt a few massive blows with a number of their best players being called up to the Australian national team. Glenn Maxwell, Scott Boland, James Faulkner, and John Hastings will all be unavailable for the remainder of the Big Bash. This represents the bulk of the Stars’ first-choice bowling line-up. This means that the onus will be on the likes of Hilfenhaus, Michael Beer, Marcus Stonis, and Daniel Worrall to see them through to the final, should they get there.
Kevin Pietersen has shown fleeting glimpses of his genius in this season’s edition of the Big Bash but has failed to show the consistency which he displayed for the Dolphins in South Africa’s Ram Slam T20 Challenge. This isn’t to say that he hasn’t performed well, though. The South African-born Englishman has notched up 187 runs in this season’s competition at an average of 31.16. He’s also managed two half-centuries. The Stars are going to need him to put in two more massive performances if they want to walk away with their first ever Big Bash title.
Interestingly enough, the Stars have made the semi-finals of the competition since its inception but have failed to make it to the final on all four occasions. They will be desperate to break that duck on Friday morning against the Scorchers. If they can get past the Perth side and the Thunder overcome the Strikers, the Stars will play the final in front of a packed MCG on Sunday morning. Whether or not that happens remains to be seen. 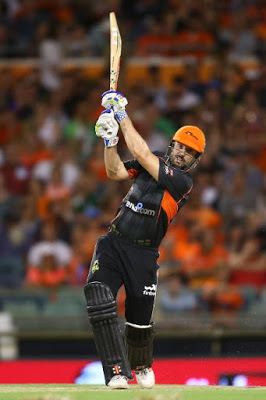 Perth Scorchers
Standing in their way will be the team who have never failed to reach the final. The reigning BBL champions will be looking to get one over a severely depleted Stars side.
The men from Western Australia will be without the services of the Marsh brothers who are both currently with the Australian One Day International squad. The elder of the two, Shaun, has been in scintillating form for the Scorchers at the top of the order with Michael Klinger. Their ranks have been bolstered in recent weeks with the return of Adam Voges who was outstanding against New Zealand in the Test series last year.
Voges has only played three games in the BBL this season scoring 96 runs. You can’t really read too much into his average of 93.00 because of the number of games he’s played. If he can hang around with someone like Michael Klinger, guys coming in lower down the order like Michael Carberry and Ashton Agar can launch.
It wouldn’t be fair to speak about the Scorchers without mentioning Ashton Agar. The youngster has been drafted into the squad since Nathan Coulter-Nile’s season-ending shoulder dislocation a few months ago. His ability to smash a quick-fire 30 in the middle overs might just prove to be the difference in the semi-final.
I thought it was a bit strange for the Scorchers to retain the services of Carberry for the season. His best days are clearly behind him and it’s showed this season. The former England international has failed to impress – his scores this season read: 5, DNB, 62, 7 – simply not good enough for an international “star”. I don’t think he’ll crack the nod for the final, and I definitely don’t think his BBL contract will be renewed.
Verdict: Perth Scorchers 9/10
The Scorchers look stronger on paper than the Stars do, and they know what it takes to make it through these tough knock-out fixtures. Even away from home, I think they’ll produce the goods against Pietersen and the Stars.