The first edition of the Masters Champions League gets underway this Thursday with the Libra Lions taking on the Gemini Arabians on Thursday afternoon at the Dubai International Cricket Stadium.

With the likes of Richard Levi, Virender Sehwag, Sourav Ganguly and Brad Hogg set to take part in the tournament’s first match, we could be in for an absolute classic. The side will be captained by Indian legend, Sourav Ganguly. While he did take part in the recent Cricket All-Stars Series – where legends sides were assembled to represent Shane Warne and Sachin Tendulkar in the United States – where he performed fairly well with the bat. The real worry for the Legends’ captain though, is his lack of any real cricket prior to the above-mentioned series. The last time he played competitively was in the 2012 IPL for the now defunct Pune Warriors.

One feels that the two key players for the Legends will be Hogg and Kallis. Both are still playing professionally in T20 leagues across the world. Kallis comes into this tournament fresh off winning BBL05 with his club, the Sydney Thunder. Hogg also had a decent run in the Big Bash bagging six wickets for the Perth Scorchers. The left-arm chinaman’s experience could prove valuable on a Dubai wicket that tends to favour the spinners. 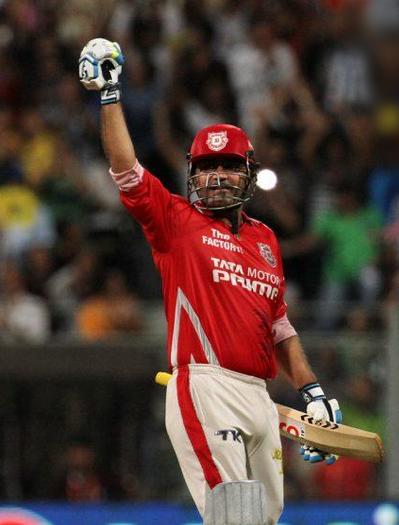 Gemini Arabians
The Arabians probably have the strongest squad in the competition and should win this tournament quite easily if all of their players come to the party. They will be captained by Virender Sehwag, who in all honesty, could probably still be playing at the very highest level. They also boast the likes of Kumar Sangakkara, Muttiah Muralitharan, Brad Hodge, Richard Levi, Graham Onions and Shivnarine Chanderpaul among their ranks.

They will likely have Sangakkara and Levi open the batting – two players who are still very much active in T20 leagues across the world. Levi, who is known as a bit of a flat track bully, should excel in the UAE where the decks offer very little assistance for the seamers. With Sehwag and Chanderpaul reinforcing the middle order with the likes of Jacques Rudolph and Brad Hodge, we could definitely see this side accrue massive totals throughout the competition.

They don’t have the shabbiest bowling attack either with Kyle Mills, Saqlain Mushtaq, Graham Onions, Muralitharan, and Justin Kemp all more than capable of taking wickets.

It’s also worth mentioning that the likes of Levi, Chanderpaul, Kemp, Onions, Sehwag and Sangakkara are all still actively playing in various T20, List A, and First Class competitions across the world.

Verdict: Arabians 92/100
Trying to pick a winner for games like these is never easy. That being said, this Arabians side just looks so strong on paper. The likes of Levi, Hodge, Chanderpaul, Sehwag and Sangakkara could probably all be playing international cricket. They shouldn’t have too many issues in dispatching an aging Legends side.