Generally speaking, these games are quite difficult to call; especially when you consider that none of these sides have ever played a competitive match. That being said, we’ve taken a look at both squads as well as player form and we think we’ve found a winner. 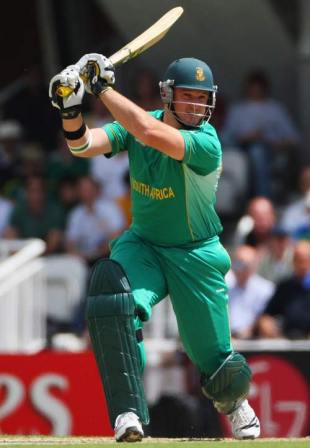 Virgo Super Kings
The Virgo Super Kings will be led by former South African Test captain Graeme Smith. While he isn’t your classic T20 player, he still boasts a fairly solid record with bat in hand having played for the Proteas, the Cape Cobras, the Pune Warriors as well as the Rajasthan Royals. He’s played 86 professional T20s averaging a shade under 30. He’s only been away from the game for little over a year and should still be more than capable with the willow in hand.

Another South African legend who will be turning out for the Super Kings is Jonty Rhodes. While he hasn’t played a professional game since his retirement from all forms of cricket following a List A game for the FICA World XI against New Zealand. He did take part in the Cricket All-Stars Series where he represented Warne’s Warriors. He played fairly well in that series getting starts with the bat in all three of his innings. He was most impressive in the second of the three games, though, where he scored 18 runs from just eight deliveries, helping propel his side to 262-5.

The last player to keep an eye on in the Super Kings’ squad is Brett Lee. The former Aussie paceman hasn’t been active professionally since the Sydney Sixers’ loss to the Perth Scorchers in the Big Bash 04 final. He still boasts an excellent record with ball in hand taking 109 wickets in 120 T20 games at a strike rate of 29.88. Still able to reach speeds in excess of 140kph, he will prove more than a handful for some of the competition’s older batsmen. Sagittarius Strikers
Leading the Strikers will be former Australian great, Adam Gilchrist. Known for his belligerent style of batting and high-on-the-handle grip, he terrorised opposition players in all three formats of the game before finally retiring following the 2013 edition of the IPL. The wicket-keeper batsman averages 27.03 with the bat in the shortest format of the game, striking at little over 140. If the strikers are to do well in this year’s tournament, they will need some big performances from the New South Wales native.

If Gilchrist is going to provide the fireworks for this side, then Mahela Jayawardene will need to provide the consistency. The Sri Lankan – although 38 years old – is still very much active in professional circles, turning out for various clubs and franchises in T20 competitions around the world. His most recent performances came in the KFC Big Bash where he helped the Adelaide Strikers finish top of the ladder. He played seven games before a quad injury ruled him out for the remainder of the tournament. In those seven games, however, he scored 191 runs at an average of 27.28 also helping himself to two half-centuries. He’s still a top player proving his worth in some of the best T20 leagues in the world – expect him to set this tournament alight.

The last big name to keep an eye on in the Strikers’ squad is Daniel Vettori. The 37-year-old left-arm orthodox spinner has been a regular fixture in T20 competitions across the world over the last few years turning out for the Jamaica Tallawahs, Northern Districts, the Delhi Daredevils and the Royal Challengers Bangalore. Deadly with the ball and able to clear the rope with the bat, the bespectacled Auckland-native will be key to the Striker’s hopes in this tournament.

The remainder of their squad will be made up of the likes of Jonathan Trott, Michael Carberry, Krishmar Santokie, Mushtaq Ahmed, Shane Bond and Tino Best.

Verdict: Strikers 8/10
The Strikers have a fantastic balance between aging legends and active players and look like one of the teams to beat in the inaugural season of the Masters Champions League. Back them to win at 8/10.