Having already booked a home play-off, the bizhub Highveld Lions will be looking for a solid performance against an under-performing Titans side before they face the Warriors at the Wanderers next Wednesday.

Can the beleaguered Pretoria-based franchise salvage some pride or will the Lions end the regular season on a high? Let’s get to it. 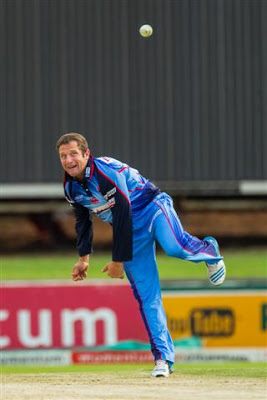 Titans
As the traditional powerhouses of South African cricket, the Titans will be desperately disappointed with their performance in this season’s Momentum One Day Cup. Granted, they have lost the bulk of their squad to the national set-up, however they still have more than enough quality in their ranks to beat any of the other five franchises.

They last went up against the Sunfoil Dolphins last at Kingsmead, in a game they absolutely had to win to ensure they remained in the hunt for a play-off position. Unfortunately for Rob Walter and his charges, the KZN franchise saved their best performance of the season for last.

Khaya Zondo (100), Sarel Erwee (113) and Andile Phelukwayo (6-27) were the heroes for the Dolphins as they cruised past the Titans, winning by 34 runs. Having been set a target of 316, the Titans lost wickets regularly as they stumbled to 281 all out. There were strong performances from the likes of Dean Elgar (57) and Albie Morkel (52). However, the inability of the top and middle order to convert starts into centuries ultimately cost them in the end.

It’s been the story of the Titans’ season thus far – individual performances not at all backed up by the rest of the playing XI. That will have to change if they are to get one over a markedly consistent Lions side on Wednesday afternoon. We could well see a number of changes for the Titans as they look to give some of their fringe players some experience at List A level. The core of the squad should remain the same with the likes of Elgar, Morkel, Henry Davids and Theunius de Bruyn all set to take to the field. Lions
The Lions have been solid this season, winning five of their nine fixtures with only one match ending in a ‘no result’. They’ve been consistent as anything this season with Alivro Petersen scoring a mammoth 632 runs at an average of 90.28 in eight innings. Petersen, who was meant to head off to Dubai to play in the Masters Champions League was not granted his NOC by the Lions, and how relieved Geoffrey Toyana must have been to be able to call on his star batsman.

I fully expect Toyana to select his strongest possible XI on Wednesday as his charges use this fixture to prepare for their play-off match against the Chevrolet Warriors next Wednesday. They played fantastically well against the Knights last time out as they sauntered to a four-wicket victory against the basement dwellers from the Free State.

Eddie Leie and Matt McGillivray stole the show with some fantastic bowling as they tore through the Knights’ fragile top and middle order. They’ll need the likes of Leie and Aaron Phangiso to keep the dangerous Titans’ batting line-up quiet. The two spinners have developed a reputation for giving very little away in the middle overs when opposition teams are trying the score quickly. It remains to be seen whether or not Phangiso will be available as we await the announcement of the Proteas T20 side to take on England this weekend.

Verdict: Lions 1/1
Somewhat surprising odds here as I’d have expected the Lions to be priced up as favourites. More value for you, the avid punter though! The Lions look excellent value at even money and should win this game quite comfortably. If you’re looking for even more value, back Alviro Petersen to top Score for the Lions at 24/10.