The Momentum One Day Cup continues this Friday with two mouth-watering fixtures that could have a massive bearing on who makes the play-offs come the end of the regular season.

The bizhub Highveld Lions welcome the Sunfoil Dolphins to Senwes Park in Potchefstroom while the Unlimited Titans and the Cape Cobras do battle at Willowmoore Park in Benoni. Lions 8/10
Draw 35/1
Dolphins 1/1
The first match of our preview will see the third-placed Lions take on the fourth-placed Dolphins. Both teams come into this match off the back of morale-boosting victories over the Warriors and the Knights respectively.

The Lions claimed arguably the most exciting victory of this season’s competition as they scraped past the Chevrolet Warriors last time out. Warriors’ captain, Colin Ingram, won the toss and elected to field. Stephen Cook batted brilliantly off the back of his maiden Test century against England at Centurion. He continued his impressive form with a score of 112 from 127 balls. He received very little in the way of support, however, with only Alviro Petersen (37) and Nicky van den Bergh (45) managing scores in excess of 15.

The Lions would eventually limp to a very underwhelming total of 256 after their allotted 50 overs. The Warriors will have been confident of chasing down the total, however, a combination of good bowling and slow scoring meant that the Lions would just hold on in the end to win by four runs. Pumelela Matshikwe was the pick of the Lions’ bowlers bagging two wickets for just 43 runs.

The Dolphins, perhaps somewhat surprisingly, came away with a valuable win against the VKB Knights last time out at the Diamond Oval in Kimberley. Captain, Morne van Wyk won the toss and elected to bat first. Despite getting off to a good start, van Wyk would nick off to Shadley van Schalkwyk, Reeza Hendricks taking a simple catch at slip.

There were half centuries for Vaughn van Jaarsveld, Codi Chetty and Khayo Zondo as the Dolphins posted half-centuries as the visitors from the East Coast put on an extremely competitive 290-8 in their allotted 50 overs.

The Knights’ chase was interrupted by a storm that saw their innings reduced to 20 overs. They would need to 158 to win. Their chase never really got going as Calvin Savage, Keshav Maharaj and Zondo bagged wickets as the hosts were reduced to 111 all out which saw the Dolphins win by 46 runs (D/L method).

This actually looks like it could be quite a closely fought contest between two teams who will be desperate to finish in the top three. That being said, I think the Lions have a far more balanced side heading into the game and are tipped at 8/10. 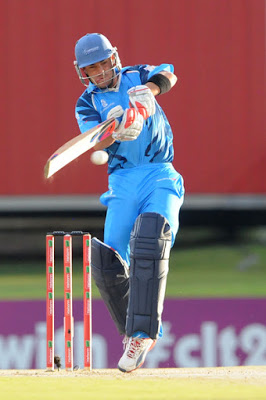 Titans 1/1
Draw 35/1
Cobras 8/10
Friday’s other game will see a severely depleted Titans side host the table-topping Cape Cobras. A loss for the Titans could well spell the end of their challenge for a place in the top three.

The hosts struggled last time out against the Warriors in a game in which they were missing up seven of their regular first team players who were either on duty with one of the national sides or were out injured. Coach Rob Walter will at least be able to welcome back Dean Elgar, Qaasim Adams and Theunis de Bruyn who all return from South Africa ‘A’ duty.

The Cobras will also be without a number of their star players who are with the South African national side at the minute. Dan Vilas and Wayne Parnell will return to the side, though as they also get back from national ‘A’ side duty.

They comprehensively beat the Sunfoil Dolphins last time out as big scores from Andrew Puttick, JP Duminy, Dane Paterson and Dane Piedt all put in massive performances as the Dolphins were downed by 68 runs.

The Cobras are looking a lot stronger than the Titans heading into this game and I really do think that 8/10 offers excellent value for money. The Cape should have no problem ending the Titans’ hunt for a spot in the top three. Back the Cape side to claim victory at Willowmore Park on Friday.