Momentum One Day Cup: Round 1 Preview

Domestic cricket makes a welcome return this weekend with three Momentum One Day Cap matches on the go. 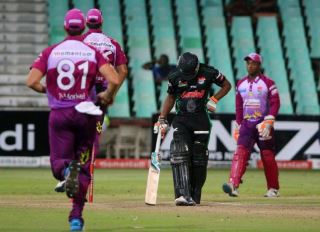 The Unlimited Titans
The men from Pretoria will be looking to get their title defence off to a winning start against the Chevrolet Warriors. The team will be ably led by skipper Henry Davids as he, as well as Dean Elgar, look to capitalise on what’s sure to be a good batting deck.

They will have to get the business done without a number of their international players who are away with the Proteas. David Wiese is currently out until November while Albie Morkel should return from India in time for their second game.

The Chevrolet Warriors
The Warriors will want to put the disappointment of last season behind them when they finished in fourth place. Like the Titans, they also started the 2014/15 season with two defeats before gaining a bit of momentum.

The Eastern Cape outfit will be looking to the experienced pair of Simon Harmer and Colin Ingram to put in big performances if they’re going to compete with a strong Titans outfit.

Verdict: Titans 9/20
Even with so many players away on international duty, the Titans still boast a squad that can compete with any franchise in the country. The same simply can’t be said of the Warriors who I can’t see winning this one.

bizhub Highveld Lions
The Lions will be looking for a markedly improved performance in this year’s Momentum One Day Cup. Having only avoided the wooden spoon thanks to a superior net run rate over the Knights, Geoffery Toyana will be looking for more from his side, as they should be challenging for the top of the table.

With no injuries to speak of, the Lions will have the luxury of selecting a full-strength side for their opening game of the season. Although they will be without their touring Proteas, they can still call on the experienced trio of Stephen Cook, Neil McKenzie and Alviro Petersen to set-up a solid platform at the top of the order. 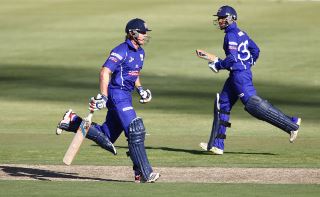 Nashua Cape Cobras
The Cape Cobras will be looking to go one better this season after narrowly missing out on winning the 2014/15 edition of the competition, losing out to the Titans in the final. They will be looking to emulate their early form of last season which saw the Cape side win their first four games to establish a lead atop the log.

The likes of Stiaan van Zyl, Dane Vilas and the dangerous Vernon Philander will all be available for the first half of the competition before jetting off to India to join the Proteas Test squad. With Beuran Hendricks and Wayne Parnell still recovering from slight niggles, Philander is expected to lead the attack against a dangerous Lions top order.

Verdict: Cape Cobras 11/20
Even though the Lions will have home ground advantage, it’s difficult to see them overcoming an incredibly strong Cape Cobras outfit. 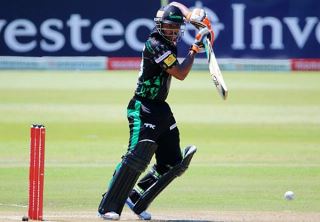 Sunfoil Dolphins
After a rather under-whelming few years, KZN cricket seems to be experiencing a bit of a revival under Lance Klusner. Having finished second in last season’s round-robin stage, they were defeated at home by the Titans in the eliminator. The men from KZN could easily have finished top of the log had it not been for three matches where rain meant no results were possible.

The Dolphins look strong this season despite having lost David Miller, Imran Tahir, and Kyle Abbott; the franchise can still call on the likes of Morne van Wyk, Cameron Delport, Robbie Frylink and Cody Chetty for big performances.

VKB Knights
The Knights endured a torrid campaign last time out only winning two of their games en route to finishing at the foot of the table. The Free State franchise will know they will spend most of this season punching above their weight, and will do well to better their last place finish in the previous season.

Verdict: Sunfoil Dolphins 11/20
The KZN franchise simply look too strong for the Knights who will do well to restrict an immensely powerful Dolphins batting line-up.


Bet on this tournament now at Hollywoodbets.net! Haven’t got an account? Open one here now