Having thrown away a golden chance to go 1-0 up in three-match ODI series, Pakistan will now be looking to atone for a dismal all round display when they take on New Zealand at the McClean Oval on Thursday morning. While Pakistan will be out for redemption, New Zealand will be looking to rub salt into their opponents’ wounds by taking an unassailable lead in the series.

So will the hosts continue to dominate the bilateral series, or can Pakistan salvage some pride from a lamentable tour? 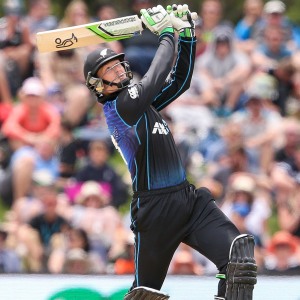 
New Zealand While the Black Caps managed to win the first ODI rather comfortably, their top order failed miserably. Openers Martin Guptill and Tom Latham only managed 11 runs a piece, while number three, Kane Williamson was dismissed for 10.

While his fellow top four batsmen fell rather cheaply, the hero of the piece, Henry Nicholls put on a batting masterclass. The left-hander played a mature innings that saw him strike seven boundaries on his way to 86. He was well supported by Mitchell Satner and Matt Henry. The two lower order batsmen each contributed 48 runs to the Black Caps’ total of 280.

While Nicholls and Satner played subdued innings – which is totally understandable when you consider the New Zealanders were 99 for 6 midway through their innings – that saw them score at rather slow rates, Henry and fellow bowler Mitchell McClenaghan added some impetus to the innings. Both recorded strike rates in excess of 150.00. McCleanaghan was particularly devastating, though. He smashed three fours and two sixes on his way to 38 before he was forced to retire when he copped a bouncer to his left eye.

McCleghan has now been ruled out for the rest of the series but the Kiwis do have an apt replacement for him in the shape of Doug Bollinger. McCleghans’s replacement will is likely to be joined in the Black Caps second ODI eleven by BJ Watling who will come in for the rested Luke Ronchi. 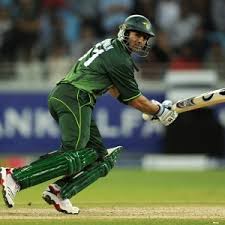 Pakistan
Pakistan once again proved that there is no team in world cricket more capable of snatching defeat from the jaws of victory than they are. After a fantastic start to their bowling innings that saw them concede only 99 runs and pick up six wickets, the men in greens’ brains trust allowed the Black Caps back into the game.

I honestly don’t blame the Pakistani bowlers for allowing the Black Caps back into the game. For me, the men who should shoulder the blame are skipper Azhar Ali and his seasoned campaigners. I mean, when you have a team on the ropes and your quick bowlers are causing their batsmen all sorts of problems, why on earth would you bring on your spinners? It honestly defies logic. And even if you bring them on for an over or two, as soon as you see the batsmen taking a liking to them, take them off.

Either Anzar Ali is a maverick who plays by his own rules or one of the poorest captains to ever lead a cricketing side. Regardless of Ali’s motivation, his decision to persist with his spinners ultimately cost his side the game as the Black Caps final score of 280 was way too much for an out of sorts Pakistani batting line-up to chase down.

While the second half of their bowling innings was rather poor, their batting innings didn’t even have a high point. Apart from Mohamed Hafeez 42, Babar Azam 62 and Safraaz Ahmed 30, no other Pakistani batsmen managed to post a score in excess of 20 runs. Which is simply not good enough at this level.

Pakistan will now have to up their game tenfold if they are to draw level in the series. Their quest to restore parity in the T20 series will be substantially bolstered by the return of Shoib Mallik. The 33-year-old all-rounder will greatly strengthen Pakistan’s middle order and his ability to keep the scoring down with ball in hand will also aid his side.

Venue
While there’s generally a bit of movement for the quick bowlers, the deck at McClean Park tends to be rather easy to bat on. There have been a few high scoring encounters at the ground but with the weather looking rather dire we may been in for a shortened game.

Verdict:  New Zealand 4/10
It’s a bit short but with Pakistan struggling with the bat, I can’t see them winning the game. Back the hosts to take an unassailable lead in the series at 4/10.