New Zealand will host Pakistan in a series-deciding T20 at the Westpac Stadium this Friday. Pakistan ran out victors in the first match by 16 runs before the Black Caps bounced back with an emphatic victory in the second T20. A record-breaking stand between Kane Williamson and Martin Guptill ensured they kept their side in the series with a 10-wicket win.

Both sides will be desperate to the claim the T20 leg of the series before they go head to head in three One Day Internationals. 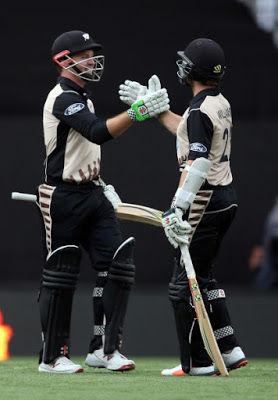 New Zealand
Is there a more frightening opening partnership in world T20 cricket at the moment than Kane Williamson and Martin Guptill? I don’t think so, although Aaron Finch and David Warner will have a chance to change my mind when they go up against India in a T20 series starting on Tuesday. Anyway, back to the Black Caps’ openers.

Williamson and Guptill have had a summer to remember. Their form continued last time out against a stunned Pakistan bowling attack as they chased down the visitors’ total of 168 without really breaking a sweat. Their partnership of 171 was the highest ever for T20 international, let alone for an opening stand. While Guptill was mercilessly brutal against erring lines and lengths, Williamson danced around the crease with grace and poise as he pierced the field at will.

Their form is such at the moment that punters and pundits alike are tipping them to ditch their traditional dark horse tag at the upcoming World T20, and enter the tournament as one of the favourites. And who would bet against it? With Brendon McCullum and Trent Boult still to return to the side, there’s no reason to think they wouldn’t blow any side in world cricket away at the moment if they fire.

The problem, however, is they don’t always fire. They failed to win the first game of this series after only two of their three batsmen got into double-figures as they attempted to chase down Pakistan’s 171. It may have all been so different though, had Williamson and Guptill not got in a muddle when trying to grab a quick single. Guptill would be run out for 2 while Williamson went on to score 70.
They don’t look too bad further down the order either, with Corey Anderson, Colin Munro, Ross Taylor, Grant Elliot and Luke Ronchi all capable of clearing the boundary rope at will.

If there is one perceived weakness in the New Zealand side, it’s their bowling ability in the absence of Boult and Tim Southee. Mitchell Santner, Adam Milne, Mitchell McClenaghan, Anderson and Elliot are more than capable with the ball, but none of them are genuine wicket-takers that can tear through one of the world’s premier sides. While they looked okay against Pakistan, they may well struggle against sides like India, Australia and South Africa. 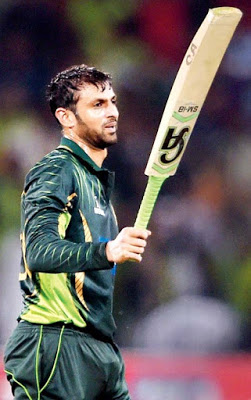 Pakistan
After a spectacular effort with the ball in the first T20 International against New Zealand, they were comprehensively taken apart by Williamson and Guptill in the second. In fairness to the Pakistani attack, they were dealing with two of the world’s premier batsmen in the form of their lives.

Mohammad Amir and Wahab Riaz were effective in the in the first T20, claiming four wickets between them while keeping the scoring down. The second T20 was a different story all together – the pair were brutally dispatched to all parts Seddon Park. It wouldn’t be fair to single out the strike bowlers, though as Shahid Afridi, Umar Gul, Imad Wasim and Shoaib Malik looked equally as clueless as to how to deal with the genius of the Black Caps’ openers.

They will need to work harder in the next match in a bid to hit the right areas more consistently. The attack wasn’t particularly poor, however, missing your line and length by even a few centimetres against batsmen who are seeing the ball like a watermelon could prove to be fatal.

Pakistan have a strong batting line-up with the experienced pairing of Mohammad Hafeez and Ahmed Shehzad opening the batting. Shoaib Maqsood, Malik Umar Akmal and Afridi make up a dangerous middle-order. They’ll need a similar performance to that of the first T20 if they’re to get one over the Black Caps this Friday. All of the abovementioned players – with the exception of Maqsood, who was dismissed for a duck – made telling contributions to the Pakistan total.

I don’t think there will be any changes to the side moving forward as the team management will be looking for consistency while they keep an eye on the upcoming World T20 which is due to held in India later this year.

Verdict: A Hundred to be Scored in the Match: Yes at 13/2
This is a bit of a long shot, however, considering how small the Westpac stadium is; I wouldn’t be at all surprised if we see one of New Zealand’s dangerous top three helping themselves to a T20 International 100. Have a go at generous odds of 13/2.