The drama and upsets just keep coming in the Ram Slam Challenge. Another unpredictable round saw the Lions pull off a Houdini-esque escape act against the Dolphins last Sunday while the Knights passed up another glorious opportunity to register their first points of the season by failing to capitalise on the Cobras picking up a few on-field injuries.

The Lions now take on the Knights on Wednesday evening in the only midweek fixture scheduled for this week. So will the Knights end their woes and finally get a point on the board or will the Lions continue their late surge up the table? 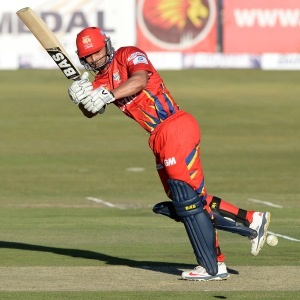 Lions
This Lions team are fast becoming the tournament’s comeback specialists. Their last two games have seen them seemingly dead and buried, but somehow they managed to pull a rabbit out of the hat on both occasions. Eddie Leie donned the magician’s hat in the first of the two aforementioned fixtures- ironically, in a game against this week’s opposition.

Having set an exceedingly modest total of 112 for seven, the Lions looked like they would become the first team in the tournament to taste defeat at the hands of the Knights. Eddie Leie had other ideas, however. The Lions spinner tore through the Knights middle order, taking five wickets for just 15 runs, which allowed his side to canter to an unlikely twenty run victory.

Dwaine Pretorius played the role of talisman in the Lions second come from behind victory of the week, last Sunday. The Dolphins were on the way to a comfortable victory when Pretorius produced a magnificent over that sent both Dave Miller and Dwayne Bravo back to the pavilion. The Lions seamer dismissed the KZN-based sides two dangermen in the 17th over. With Bravo and Miller gone, the Dolphins offered little resistance and ultimately fell six runs short of the target.

Alviro Pietersen managed a 60 run innings, in the narrow victory over the Dolphins, and the veteran batsmen could play another key role in this one. 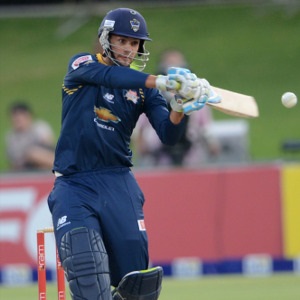 Knights
This is fast becoming a season to forget for the Kimberly-based side. With only three games remaining, the Knights are still yet to register a single point on the Ram Slam log. While they’re well and truly out of the running for a playoff place, the squad will still be desperate to finish the season with a win under their belts.

The Knights will need to add some composure to their game if they are to get that elusive win. They’re coming up against a Lions side who have shown they’re more than capable of capitalising on any mistakes made by the opposition.

Key to the Knights chances in this one will be their top order. While they’ve bowled quite well, the Knights haven’t really lived up to their full potential with the bat. The problem is that all of their top four batsmen have had starts in previous games but haven’t been able to bat deep into the innings. If one of Hendricks, Roussouw, De Bruyn or Swanepoel are still around when it gets down to the final few overs, then they will be in with a shout.

Verdict: Hundred To Be Scored-Yes 13/2
The safe bet here is to be back the Lions to win at 11/20, but I’m in search of bigger returns this week. I’m sticking my neck out here a bit, but this ground has seen some high individual scores in the past. Back the ‘Hundred To Be Scored – Yes’ market at 13/2.