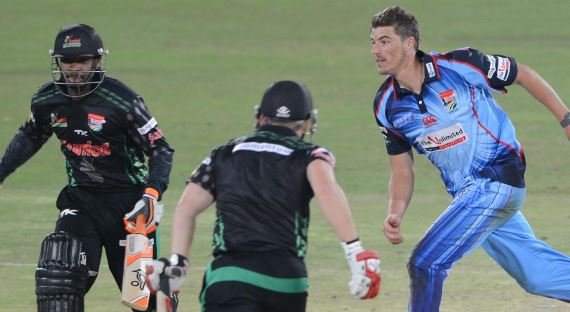 After more than a month of enthralling Ram Slam T20 Challenge action, we’re down to the last two teams: the Unlimited Titans and the Sunfoil Dolphins. The franchises are set to battle it out at SuperSport Park Centurion in what is sure to be a magnificent advert for the local game.

The Titans qualified for the final after finishing the regular season atop the log while the Dolphins came through a tough qualifier against a Cape Cobras side who somehow managed to snatch defeat from the jaws of victory on Wednesday night. 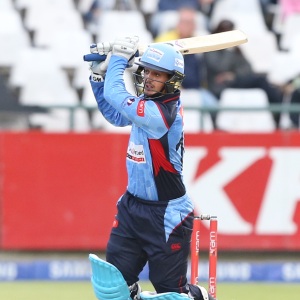 The Unlimited Titans
The Titans have been in scintillating form this season, finishing the campaign top of the table after losing just two of their 10 round-robin games. That first loss came against the Dolphins during the opening weekend of the campaign when they were downed thanks to a typically belligerent innings from David Miller. The big hitting Protea batsman bludgeoned his way to 62 runs off just 44 balls that day.

Since then, however, the men from Pretoria have been virtually unstoppable, only losing once more, and it comes as no surprise that their form coincided with the return of Quinton de Kock. The diminutive wicketkeeper/ batsman returned to his franchise after exceptional limited overs tour of India. He’s gone on to become this season’s top run scorer in the competition, scoring 425 runs at an average of 42.50. He’s been absolutely sublime at the top of the order with his captain, Henry Davids. The Titans’ captain hasn’t been in bad touch himself, scoring 241 runs this season at an average of 24.10.

It comes as no surprise either, that the dominant team this season possesses some of the most dangerous bowlers in the competition. David Wiese and Albie Morkel have been in devastating form with the ball, averaging 9.25 and 11.70 respectively. The Titans are also able to call on the vast experience of Marchant de Lange and Chris Morris – and although the former hasn’t really had the best of seasons, he can still tear through any top order in the competition on his day.

Whether or not the Titans decide to include all of their returning Proteas in the starting XI for Saturday’s final remains to be seen, although it seems highly unlikely. As much as the Titans’ management would love to include the likes of AB de Villiers and Faf du Plessis, these guys probably need a bit of a break after a massive 72-day tour of the Sub-Continent.

If the Pretoria-based franchise is going to secure the title this season, they’re going to have to keep the Dolphins’ vicious top order quiet. The likes of Cameron Delport, Morne van Wyk, Kevin Pietersen and David Miller can take the game away from you in the first 10 overs, so keeping them quiet will be top of the home side’s to do list. If they manage to successfully smother these four, they should go on to win the final comfortably. 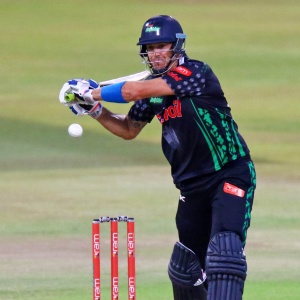 The Sunfoil Dolphins
Lance Klusner’s men started this campaign like a house on fire, winning their first four games; however, a mid-season slump saw the East Coast Franchise almost miss out on a spot in the play-offs.

Morne van Wyk and Cameron Delport seem to have hit form at just the right time, with the Dolphins’ opening pair helping themselves to a combined 211 runs in their last two games. They were in particularly good nick in the eliminator against the Cobras on Wednesday evening with Delport scoring 55 (37) and van Wyk bagging 57 (49).

If these two can lay a solid foundation in the first 10 overs or so, it takes the pressure off the likes of Miller, Pietersen and Dwayne Bravo; who can all come down the order and do what they do best: attack. This attacking prowess was on display for all of Sahara Stadium Kingsmead to see on Wednesday evening with Pietersen smashing 27 off just 10 balls and Miller racing to 33 in 24 balls to lead the Dolphins to 178-3.

Let’s not forget the how effective the Dolphins’ bowlers have been throughout the season either. Both Keshav Maharaj and Andile Phelukwayo have been outstanding with the ball. Maharaj’s brand of off-spin has helped his side starve opposition teams of runs. He’s bowled 34 overs this season and taken 10 wickets at an average of 20.90. Perhaps his most impressive stat though, is his economy rate for the season – going at just 6.14 to the over, only Albie Morkel can boast a better RPO at 4.68.

Phelukwayo has also had a magnificent season. The young bowling all-rounder has managed to bag nine wickets whilst being relatively inexpensive, going at a shade over 7 to the over. Where he’s impressed the most, however, has been at the death. With Kyle Abbott joining the Proteas in India, Andile’s stepped up and been nothing short of sensational.  This was evident in Wednesday evening’s qualifier where he was asked to defend nine in the last over. A superb display of death bowling saw two wickets fall in those six balls, with the young quick conceding just three runs in the process.

We can’t preview this final without looking at the immense contribution that Kevin Pietersen has made to the Dolphins’ cause over the campaign. The mercurial Englishman has bludgeoned his way to 391 runs in just six games, scoring two centuries and two 50’s in the process. With a strike rate in the high 170’s and an average of well over 100, KP could well be the difference when the two sides meet on Saturday evening.

Verdict: Sunfoil Dolphins 11/10
With Delport and van Wyk coming into form and the massive presence of Bravo, Miller and Pietersen down the order, I’m going to stick my neck out here and say that the Dolphins just have too much firepower for the Titans to deal with. Combine this with the threat that Phelukwayo, Maharaj and Jonathan Vandiar pose with the ball; the KZN franchise are more than capable of ousting the Titans in their own back yard. Back Klusner’s men to get the job done at 11/10.