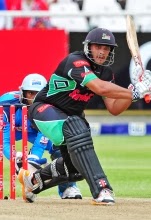 As the business end of the Ram Slam T20 Challenge nears, this mid-table battle becomes all the more important. The Titans lie a point below the Dolphins, who sit third on the table, six points behind the first-placed Cobras. The Dolphins have a game in hand, having played seven matches, and will be looking to use this opportunity to leapfrog the second-placed Warriors, who have already played nine. That will leave the Durban based side two points behind the leaders, with only basement dwellers the Knights and Lions to come before the semi-finals. That is if all goes to plan for the coastal side who are known to crack under pressure, especially at Kingsmead. The Titans will have semi-final aspirations of their own and a win here would see them putting pressure on the table-toppers. This match may prove to be pivotal in the T20 seasons of both sides. Titans
The Pretoria based side suffered their first setback in the opening match of the competition, losing by eight runs to their Wednesday counterparts. After having the Dolphins 37/4, van Jaarsveld and Zondo put on 117 for the fifth wicket to propel their total 154/4 from twenty overs. The Titans couldn’t match it. The likes of Henry Davids, Heino Kuhn, Faf du Plessis, Farhaan Behardien and Albie Morkel will all be expected to improve upon that performance, the hard-hitting David Wiese waiting in the wings. From their opening disappoint the Titans went on to win their next three games, only to slump to two more losses followed by a no result. Their latest win, against the bottom-placed Lions, has increased their chances of booking a place in the play-offs. Despite Quinton de Kock scoring 70 for the Lions, the Titans’ overseas spin sensation Saeed Ajmal helped restrict the winless side to 142 from their allotted overs. Davids and Kuhn put on 82 within ten overs for the first wicket and from there, the victory was almost formulaic. The Titans have a tough side, filled with internationals and Ajmal will prove to be a factor against a Dolphins middle-order who completely capitulated against Sunil Narine. 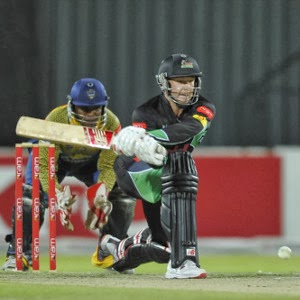 One notion that the Dolphins side will be riding on is the fact that they are as yet unbeaten on the road in this year’s Ram Slam T20 Challenge. Their two losses have both come in Durban, most recently to the Warriors, who now lie above them in the standings. Chasing 142 set by the visitors, the Dolphins looked on course for victory before Rusty Theron took two wickets in the final over. The Dolphins had needed eight from the over but only managed three, having survived a top-order collapse, David Miller and Khaya Zondo recording half-centuries. Miller is the top-scorer for the side in the competition with 225 runs at an average of 45.00 and a strike rate of 136.00. Cameron Delport has also been among the runs, while Craig Alexander and Kyle Abbott have ten wickets apiece. The problem for the Dolphins is that although they have managed to stage some quite remarkable partnerships, those are seldom backed up with anything at all from the other batsmen. Middling totals should have been large ones and chases could have been finished easier; better.

Venue
Centurion will always offer a little something for the quick bowlers, but there are runs to be had for batsmen that take a little extra time to let the ball come onto the bat. Totals are fair to middling, with 150 – 160 being a challenging score. There’s a 60% chance of thunderstorms in the evening, so expect a shortened fixture.

BEST: Top Dolphins Batsman, David Miller 11/4
Miller is in fantastic nick, with three half-centuries in the tournament so far. Two of those he was not out, proving that when he is set he is a tough man to remove. His role at number four in the middle-order suits him better than coming in lower down in the national team and considering he say been fairly consistent for the Dolphins, I can’t see any reason not to back him.

VERDICT: Dolphins 12/10
In keeping with the Dolphin’s impeccable record on the road, I’m going to back the coastal side to pull this one out of the bag. They are often outgunned on paper, but what they lack in proven T20 quality they make up for in sheer determination. Their middle-order is tough to remove and they bowl as a unit. Back the away side at a decent price.