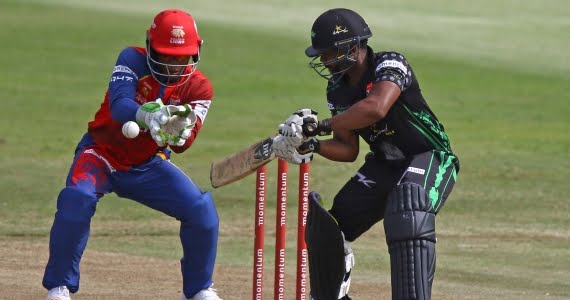 With another demanding Momentum One Day Cup schedule ahead of the Hollywoodbets Dolphins, they have two more round robin games, against the bizhub Highveld Lions and the Multiply Titans, to set the record straight before the semi-finals next week.

Having lost their two home games this past Friday and Sunday, they will have another opportunity to win at Sahara Stadium Kingsmead when they tackle the Lions on Wednesday before a trip to SuperSport Park Centurion to tackle the table topping Titans on Friday.

The two losses recently have hurt the Durban side’s chances of hosting one of the semi-finals, and they will need two wins from their final two games to potentially finish in second place on the log.

“We haven’t been complacent at all,” coach Grant Morgan stressed. “We wanted to consolidate our position at the top of the log this last weekend and we addressed early how we wanted to plan our week following that busy three game turnaround.

“We have addressed certain areas in the past few days and we feel that we need to put bigger partnerships together and it’s not as if we aren’t all making contributions but we aren’t firing as one.

“Every batsman has made runs throughout but we haven’t quite had them firing together consistently.”

The Dolphins officially welcome back Vaughn van Jaarsveld to the squad for the clash on Wednesday to bolster up the batting line-up, and captain Khaya Zondo believes that his side missed a few opportunities during their past two games that cost them.

“The guys just need to identify those crucial moments where we have to knuckle down,” he said.

“Guys got out in strange ways on Sunday, Dane Vilas, who is our most in-form batsman, was caught down the leg side and Calvin Savage was caught behind ducking – I don’t think I have ever seen that!

“The half chances that aren’t quite going our way, we need be extra focused on taking those chances.

“I don’t think the guys need to panic, I just think that we need to simplify things and stick to the basics. If we do that than those small things that aren’t going our way will start to turn for us.”

Going into their mid-week clash with the side from Johannesburg and with a one eye on Friday’s match-up, Morgan believes that his side is still on the right track.

“The guys are definitely not softening their mind-set because we know we are in the semi-final,” he stressed.

“Especially after what happened last year so what we have to play for on Wednesday is two-fold.

“We have shown the people that we are improving – just looking at our RAM SLAM performance this season. Now we have improved our position in this competition compared to this time last year.

“We want to finish as high as we possibly can, last year we finished fourth but we want that daylight between overall games won and lost.”

The Hollywoodbets Dolphins have teamed up with CHOC (Childhood Cancer Foundation) who will be present at the match at Sahara Stadium Kingsmead on Wednesday with their mascot taking donations.

Spectators are also encouraged to wear blue in support of children with cancer and to help raise awareness about the reality of children suffering with cancer.