After a rather underwhelming performance in the longest format of the game against England, the Proteas will now seek redemption in the One Day International leg of the bi-lateral series.

Can AB de Villiers and his men overcome an ever-improving English side or will Eoin Morgan and his charges continue where they left off in the UAE against Pakistan? 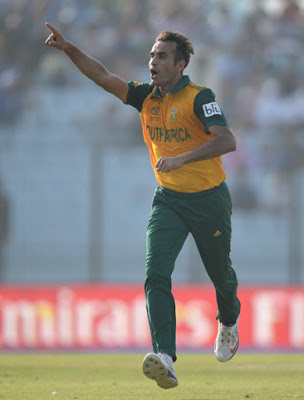 South Africa
It’s easy to forget that the last time the Proteas were involved in a One Day International series, they defeated an immensely strong Indian side 3-2 on the Sub-Continent. Quinton de Kock, Faf du Plessis, AB de Villiers were the heroes with the bat in that series while Dale Steyn and Imran Tahir starred with the ball.

The hosts will be without the services of Steyn for the remainder of the ODI leg of the series as he recovers from a shoulder injury sustained in the first Test in Durban. It’s also worth noting that Kyle Abbott won’t be available for the first ODI after he picked up a hamstring injury in the final test at Centurion.

We could see a completely overhauled bowling attack as Russell Domingo constantly chops and changes his squad in a bid to manage the workloads of Kagiso Rabada and Morne Morkel ahead of the World T20. Marchant de Lange has been recalled to the squad while Albie Morkel’s involvement hangs in the balance after he suffered from back spasms while turning out for the Titans in a List A game over the weekend. A decision regarding Morkel’s involvement – or his replacement – is expected early this week. If he is indeed ruled out of the first ODI, I think we could see David Wiese called into the squad.

Domingo has no such selection issues with his batting line-up, however. De Kock and Amla – who have both come into some good form following the Tests – will more than likely open the batting for the home side with du Plessis, JP Duminy, AB de Villiers, David Miller, Chris Morris and Farhaan Berhardien all able to provide fireworks lower down the order.

The biggest concern I have going into this series though, is the form of du Plessis. He looked completely devoid of confidence following the tour of India and it showed during his performances against England in the Test series. If he struggles in the first ODI, I would be more than happy to see Domingo give Rilee Rossouw a run in the side.

The exciting young Bloemfontein native has been absent from the national set-up for nearly a year now after sustaining an injury against New Zealand. A stylish batsman who is strong either side of the wicket, he’ll take the attack the English bowlers if given the opportunity.

All in all, I think that the Proteas are looking good heading into the first ODI. There are of course a few concerns with the depleted bowling attack, however, I think that the top and middle order will more than make up for any inadequacies that there may be with ball in hand. 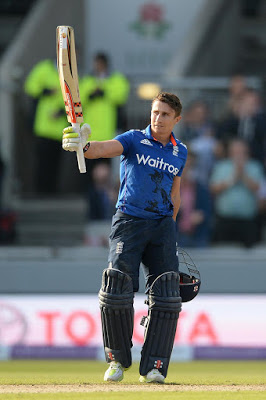 England
The English will be in buoyant mood following their 2-1 win over their hosts in the recently concluded four-match Test series, and they’ll be looking for a similar performance in the limited overs leg of the bi-lateral series.

The tourists had the ideal preparation for this match with a resounding 163-run win over South Africa A at the Diamond Oval in Kimberley last Saturday evening. James Taylor anchored the English innings with a run-a-ball 116 as England reached a massive total of 368-7. Eoin Morgan (41) and Jonny Bairstow (58) were the other two notable contributors to the total in an innings where every single one of the English batsmen got starts.

England were just as deadly with the ball as Reece Topley, Adil Rashid and Chris Jordan all bagged three wickets apiece while David Willey claimed one himself as the hosts were skittled out for a disappointing 205.

I still think that England have a problem with their opening pair of Alex Hales and Jason Roy. While both are fairly devastating when they fire, they simply haven’t been consistent enough to establish themselves as a real threat on the international stage.

It’s the middle order that should worry the South Africans more than anything. Taylor, Joe Root, Eoin Morgan, Bairstow and Jos Butler are all massive threats with the willow in hand and may relish the chance to have a proper go at a depleted South African bowling attack.

The English also possess a solid bowling attack which will no doubt be led by Stuart Broad who has been sensational on tour thus far. The real threat, however, will be Adil Rashid. The leg spinner will come into the series off the back of a sensational Big Bash campaign with the Adelaide Strikers in which he claimed 16 wickets in just nine games at an average of 14.12.

The Venue: Manguang Oval
Although used fairly sparingly over the last few years, the Proteas have not been defeated at the Manguang Oval since March 2002. On that occoasion Ricky Ponting and Brett Lee led Australia to victory over Shaun Pollock’s South African side by 62 runs.

The English have played South Africa three times at the venue without losing, winning twice and while the last clash between the two sides in February 2005 was tied.

Scores in excess of 300 are not uncommon at the ground which is considered one of the better places to bat in South Africa. With two incredibly strong batting line-ups going head-to-head, I think we can expect an absolute run fest.

Verdict: South Africa: Most Match Sixes at 21/20
This is a market that we don’t often look at with our verdicts, however, we’ll make an exception for this match. The Manguang Oval sits at an altitude of 1400 metres so you can expect batsmen to get full value for their shots if they choose to go airborne. With the likes of de Kock, Miller, Berhadien, de Villiers, du Plessis and Duminy all possible starters for the Proteas, I’d be more than happy to back this market at 21/20.