The less said about South Africa’s performances in their last two Test series the better. A 3-0 defeat at the hands of India followed by a home series loss to England has seen AB de Villiers and his charges surrender their spot atop the ICC Test standings to India.

The beleaguered Proteas will now have to reapply themselves as they take on a buoyed England in the fourth and final Test of the series at SuperSport Park Centurion on Friday. South Africa
An atrocious second innings batting display by South Africa in the third Test ensured that their place atop the Test rankings was claimed by India. In a way, AB de Villiers and his men are lucky to only be 2-0 down in the series. Had it not been for some rubbish catching from the English and the flattest Newlands wicket in recent memory, South Africa may well have been 3-0 down in the series heading into the final Test at SuperSport Park Centurion.

Anyway, let’s not dwell too much on a markedly forgettable series performance by South Africa, and instead, look ahead to the dead rubber at Centurion. The Stiaan van Zyl experiment – the bane of South African cricket fans across the world – has finally come to an end. Van Zyl has been released from the squad with Stephen Cook finally getting opportunity to open the batting for the Test side.

The Lions’ opener has a magnificent First Class record, scoring 11427 runs in 165 innings. The 33-year-old has had to bide his time before being called up to the national set-up. He was perhaps unlucky as the earlier parts of his career coincided with the unerring stability at the top of South Africa’s Test top-order. He’s found himself behind the likes of Jacques Rudolph, Alviro Petersen and more recently, van Zyl. He comes into the side now with South Africa’s top order desperately crying out for a saviour, and Cook will be keen to answer that call.

Looking through the rest of the top order, I’d like to see Rilee Rossouw get a run out in the fourth Test in the place of Faf du Plessis. The South African number three has been in quite awful form of late. Just take a look at his scores in South Africa’s last seven Tests: 10, 39, 0, 10, 2, 9, 86, 16, 14. Simply not good enough for a Test number three. Rossouw on the other hand, could provide a breath of fresh air for a battered South African top order. His First Class record speaks for itself, in 76 matches, he’s scored 5655 runs at an average of 44.17; and at the age of 26 his best years are still ahead of him.

Dean Elgar, Hashim Amla and AB de Villiers will all retain their places in the side to round off the top order while Temba Bavuma, Quinton de Kock (who will undergo a late fitness test) and Chris Morris will make up the remainder of the middle-order.

The one positive that the South Africans can take away from this series has been the performances of Kagiso Rabada. The young Protea quick has been exceptional in the face of some quality English batting. His five-for in England’s first innings further underlined his credentials as one of the best young Test bowlers on the planet, and he’ll be keen to further enhance his reputation in the next Test.

With Steyn ruled out of the final Test, we’re likely to see Hardus Viljoen handed his second South African cap this Friday. He will need to improve if he wants to stake a claim in the squad moving forward. He was all over the place with his lines and lengths at the Wanderers, allowing England’s batsmen to rotate the strike far too easily. 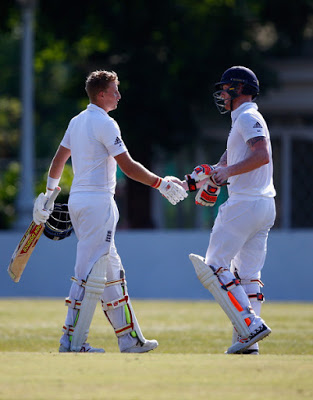 England
The English management will be absolutely ecstatic with their performances in this series thus far. Massive performances from Ben Stokes, Stuart Broad and Joe Root have ensured that Trevor Bayliss and his charges bounced back after a disappointing series defeat to Pakistan in the UAE toward the end of last year.

Broad was the destroyer-in-chief for England during South Africa’s second innings at the Wanderers as he claimed figures of 6-17 after just 12.1 overs as the visitors skittled the hosts out for just 83. That performance propelled the golden boy of English cricket to the top of the ICC Test bowling rankings above the likes of Dale Steyn, Yasir Shah and Ravi Ashwin. He bowled a spell of 5-1 in 36 balls that decimated the South African top order in the period of play after lunch on day four. Elgar and van Zyl headed into the lunch break at 23-0. That would become 35-5 as Broad’s spell put an end to South Africa’s hopes of winning the series and retaining their place atop the ICC Test rankings.

Joe Root probably played the defining innings in the Test. Walking in at a stage where South Africa were well on top of the game having reduced the English to 74-3. His 111-run partnership with Stokes took England from 91-4 to 202-5 as the visitors surged back into the game. Stokes’ role in that particular partnership can’t be overlooked either. Easily one of the best all-rounders in the game at the moment, he took the attack to the South African bowlers on his way to a magnificent 54-ball 58.

I don’t really think that England need to make any changes to their side moving forward. If anything, they should keep this unit together for as long as possible, as they really do have the ability to stake a claim as the best Test side in the world in the next few years. Provided the likes of Cook, Broad, Anderson and Root continue to perform at the highest level, there’s absolutely no reason why this side can’t go on to dominate the Test scene. 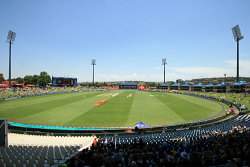 Venue: SuperSport Park Centurion
Centurion has often been dubbed the best place to bat in South Africa. The deck is quick and provides fairly steep bounce. If the batsmen can get to grips with this bounce, they’ll get full value for their shots, as is always the case on the Highveld. The deck will suit the likes of Morne Morkel, Viljoen and Steven Finn who like the bang the ball in just back of a length. Expect Bavuma and James Taylor to be busy a bat-pad throughout the game.

South Africa have a magnificent record here, winning 15 of the 20 Tests played at the venue. Only two of the matches have been drawn while away teams have only managed three wins. This bodes well for an out-of-sorts South African side who will be desperate to add a bit of gloss to their series defeat.

Verdict: South Africa 16/10
I think the stability that Stephen Cook will add to the top of the South African order could be key here. Should he put on a decent opening stand with Dean Elgar, it’ll take a lot of the pressure off the rest of the top and middle order to score all of the runs. SuperSport Park Centurion is also one of the Proteas’ happier hunting grounds. Back the home side to claim their first win in a year at generous odds of 16/10.