It had been more than a year since India last won a Test and indeed, they came frightfully close in the first. In Colombo, all of the hard work from the first Test came together and India were ruthless in securing a 278-run victory. It wasn’t exactly the farewell that Kumar Sangakkara would have planned but the emotions expressed after the close of play left no doubt as to the void that he will leave in the Sri Lankan squad. The series ends at another ground in Colombo, with both sides pressing for victory and the result of the series in the balance. Sri Lanka
Sri Lanka needed a miracle from Rangana Herath to claw a victory out of a wholly disappointing first Test in all other aspects. Another lacklustre performance would surely result in defeat and aside from a brave Angelo Mathews innings, Sri Lanka succumbed to just that in their last outing. The home side lost their last seven wickets for 65 runs in the first innings and their last eight second-innings wickets for a mere 62 runs. This will be weighing heavily on a Sri Lankan side that has just lost the best batsman in their history to retirement.

This is the second consecutive home series that Sri Lanka have struggled against the opposition spinner. Pakistan legspinner Yasir Shah claimed 24 wickets in a recent series in the country and now Ravi Ashwin has seventeen in two Tests for India, with two five-wicket hauls. The tactic of attempting to attack Ashwin has backfired and Sri Lanka will need to find some way to counteract him if they hope to hijack a victory from a series in which they have been thoroughly outplayed. 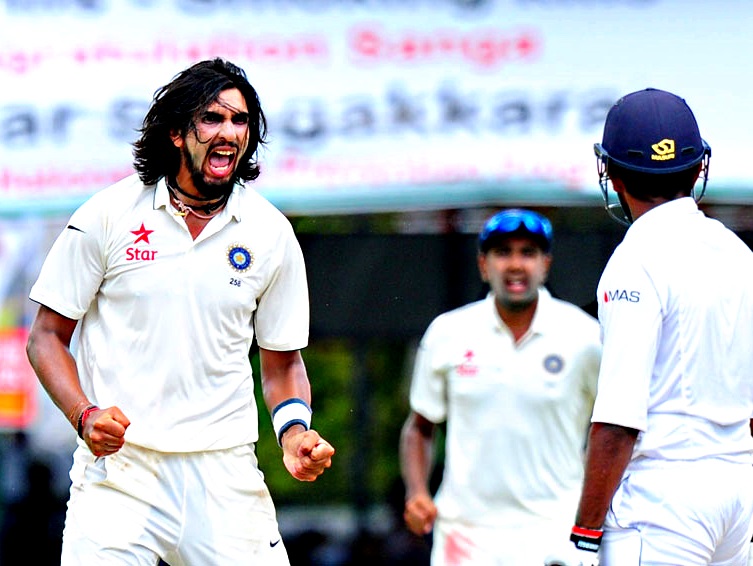 India were excellent in the second Test and after a heart wrenching first Test loss, Virat Kohli finally tasted success in the longest format. Rahul, Kohli and Rohit Sharma set the platform for a decent first innings total before a late fifty from Saha propelled the score to close to 400. India faced a stubborn resistance from the Sri Lankan top order but eventually persistence paid off. Virat Kohli lauded their second day bowling effort as their best in the last two years. Having endured a wicketless session, they choked the run-rate to create pressure and the whole bowling unit benefitted as Sri Lanka gifted chances.

Ajinkya Rahane scored a sumptuous second-innings century to leave Sri Lanka a big total to chase. Enter Ravi Ashwin, who bamboozled the top order to claim five wickets, before Amit Mishra wrapped up the tail. It was as close to a complete performance as India have experienced in recent times and was made all the more special considering a few injuries to key personnel. Going into the third Test, Saha has been ruled out with injury while Murali Vijay’s hamstring problem flared up again in the second Test. Wicketkeeper-batsman Naman Ojha has been called up as Saha’s replacement hile Karun Nair is likely to make his debut at the top of the order following a century against South Africa A.

Venue
An older ground than the Premadasa Stadium, Sinhalese Sports Club has since been superseded as the premier cricket venue in Colombo. However, the ground is steeped in tradition and was a happy place for many Sri Lankan greats. The ground has witnessed a lot of drawn matches in recent times and one has to go back to 2004, fourteen Tests, for the last time Sri Lanka lost at the ground. Most recently, Sri Lanka overcame a small first innings deficit against Pakistan to win the match, with Herath starring in the final innings. Win the toss, bat first.

VERDICT: India 14/10
Despite Sri Lanka’s impressive record at Sinhalese Sports Club, all eras have to end. Sri Lanka have lost their best cricketers to retirement over the past few years and will take some time to rebuild. India have played the better cricket all series and should be good value to claim a victory and the series spoils.