It seems South Africa’s limited overs woes are far from finished. New coach Russell Domingo’s tenure began on a poor note in Sri Lanka, the Proteas suffering a crushing 180-run loss in the first ODI. Despite the urgency to reject the captain’s pathetic excuses regarding the heat in Sri Lanka, it must be noted that the South Africans are operating with a side crippled by injury and full of inexperience. Realistically, coupled with the Proteas’ terrible record in Sri Lanka, expectations should not be high. However, losing by embarrassing margins cannot be tolerated. There is no doubt that the innings from Kumar Sangakkara was a special one and better attacks would’ve fallen to his swashbuckling enterprise last Saturday. But capitulating to 140 all out from 31.5 overs is simply criminal. 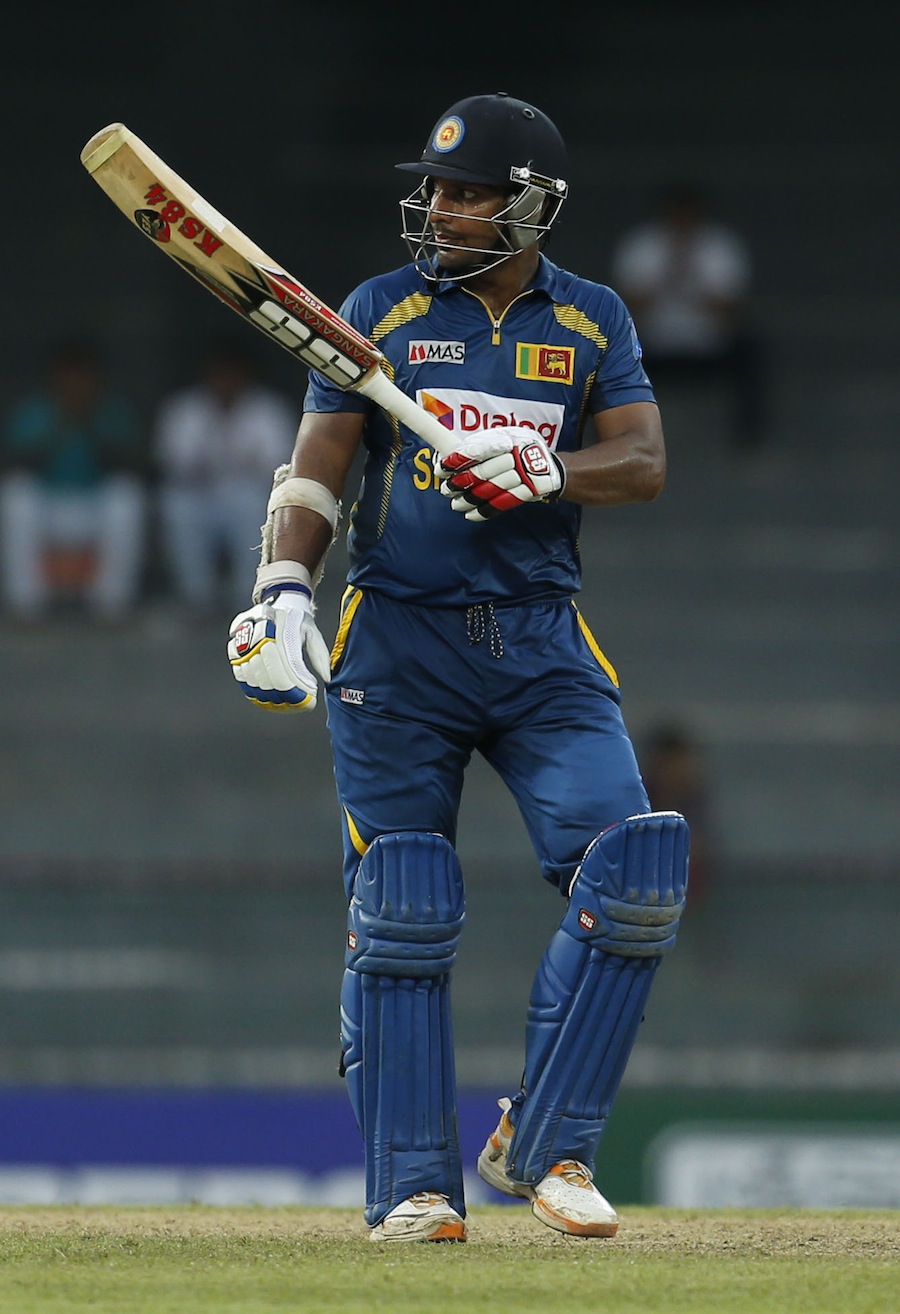 Sri Lanka
When all is said and done regarding this generation of cricket, Kumar Sangakkara will be among those remembered and revered. It’s not that he oozes class in the same manner as a Hashim Amla or an Ian Bell, or that he possesses the power to tear an attack apart like Chris Gayle or Virender Sehwag. It’s a steady and sturdy application built upon solid cricket principles, while at the same time blending in enough of the new era to accelerate when required. His 169 in the first international was simply breathtaking. He built the perfect platform, playing sensibly to reach 66 from 91 deliveries and forming a useful partnership with Mahela Jayawardene. He then cut loose, manipulating the field and the crease to bludgeon 103 from the next 46 deliveries, the majority of his runs coming on the on-side, creating headaches for AB de Villiers when setting fields. A quickfire 16 at the end from Thisara Perera elevated Sri Lanka to 320, a total that was not likely to be chased. A yorker from Malinga disposed of Colin Ingram first ball, and from there Perera and Herath largely frustrated the Proteas into making mistakes. It was a relatively simple day for the Sri Lankans, missing Kulasekara and Angelo Mathews. It did however again require something special from a proven superstar. 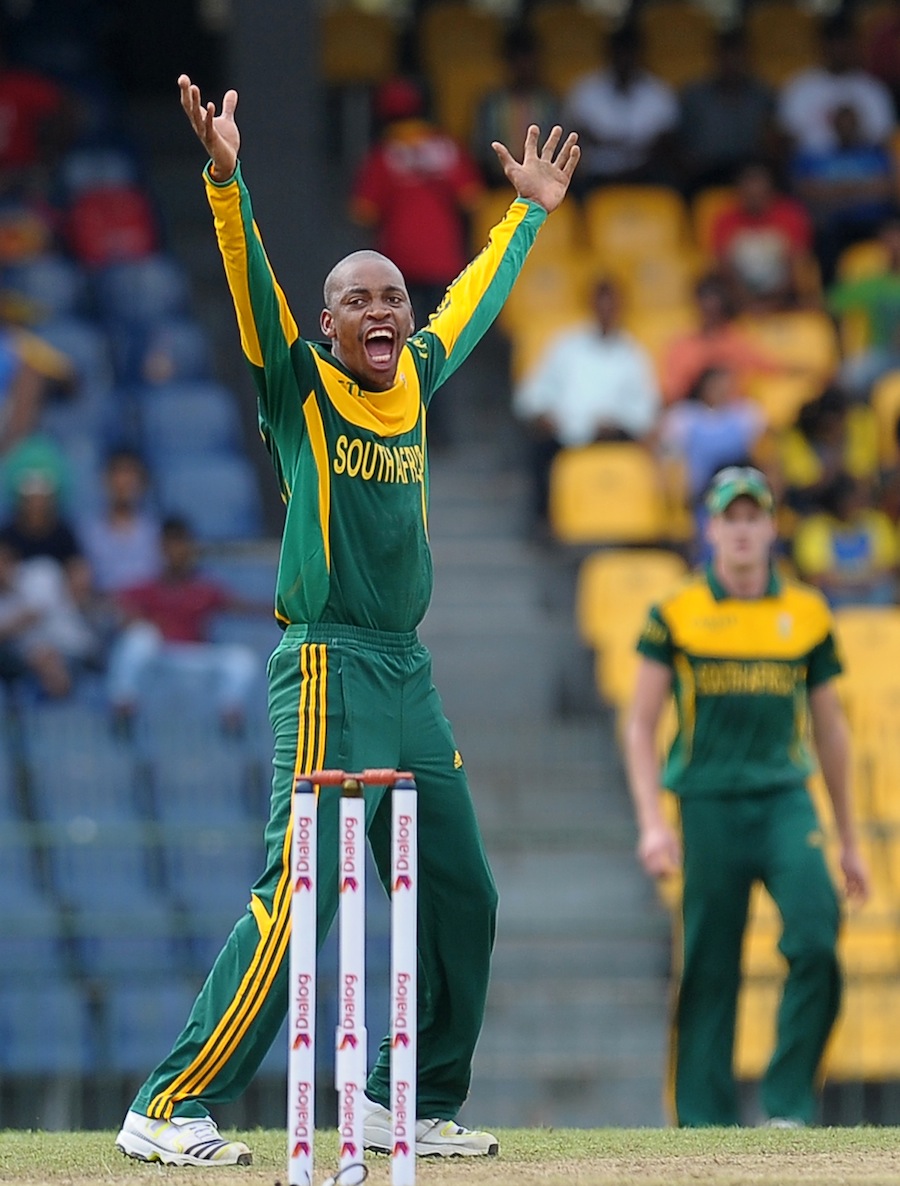 I’m just going to say right now, that a South African side including Graeme Smith, Hashim Amla, Jacques Kallis and Dale Steyn would not have lost by such a margin. Admittedly, Kallis has all but retired from limited overs cricket and the search is on to find a suitable replacement. But a proven and settled opening partnership in Smith and Amla would go a long way in providing the runs at the top that South Africa so desperately need. It is also very difficult to remove a batsman in the form that Sangakkara is in without your spearhead bowler, who is equally as challenging in all conditions. Without Steyn to throw the ball to when the chips are down, Morkel can only do so much. These are big names in the cricket world and the sooner they return, the sooner the Proteas can be accurately judged on ODI form. However, it must also be mentioned that Colin Ingram needs to go. He’s out of his depth on the international stage and cannot be considered a viable top-order batsman moving forward. And while I’m questioning selection, the inclusion of two left-arm spinners while Imran Tahir is fit and has been included in the T20 leg is baffling. If JP Duminy will be bowling, include the extra batsman, or at the very least, a different type of spinner. The Sri Lankans are extremely strong against spin; the only way to challenge them is with variety.

Venue
The R. Premadasa Stadium will again be the venue, and as has been made evident, there are runs to be had. It’s your typical Sri Lankan wicket in that it does not aid the seamers, but is tough to score off if the ball is put in the correct areas by the bowlers. The heat will be suffocating and the South Africans will need to adjust, or risk running out of steam again. Scattered thunderstorms are again a possibility.

BEST: Top Sri Lankan Batsman, Kumar Sangakkara 11/4
How can you bet against him? He’s the backbone of the Sri Lankan batting line-up and has been scoring the brunt of the runs for months now. He’s in incredible form and with the contest taking place on the same ground, I can’t see much stopping him.

VERDICT: Sri Lanka 7/10
Even with the likely return of Hashim Amla, it is South Africa’s bowling attack that seems to lack the crucial wicket-taking element that Dale Steyn offers. Although I expect the batting to improve, poor decision making in the bowling department will lead to a Proteas demise.