Kingsmead hosts a top of the table clash of Friday night between the Sunfoil Dolphins and the Nashua Cape Cobras. Both teams have enjoyed good starts to the campaign, although the home side has endured a recent slump in form. The Cobras, on the other hand, seem to be coming into a rich vein of form after their sluggish start.

All sporting encounters between the costal rivals seem to have more of an edge to them than other South African derbies. With that in my mind, this game promises to be an entertaining affair that goes down to the wire. 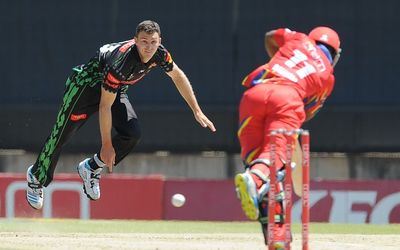 Dolphins
The Dolphins come into this game off the back of two consecutive defeats. While both games were rain-affected, the defeats were due to poor batting performance rather than adverse weather conditions. After impressive batting displays in their opening two games, the Dolphins top order seem to have gone off the boil a bit. They will need to address this before the Cobras come to town.
The Dolphins home form has been terrific thus far. They won their opening game against the Knights at the Pietermaritzburg Oval. Later on, they proved that they can get the business done at Kingsmead as well, by defeating the Lions last Wednesday.

Their batting displays on home soil have been a lot more impressive than those on the road. They will have to add another glorious batting performance to the list this Friday as the Cobras have a strong batting line-up which is capable of setting as well as chasing large scores.

Ryan McLaren could well be the key man for the Dolphins in this fixture. The all-rounder has been superb with ball in hand, and while he’s yet to notch up a real innings of substance, he is fully capable of boosting the Dolphins total with an aggressive batting performance at the tail of an innings. 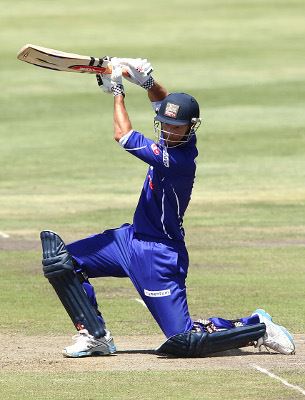 Cobras
As I mentioned earlier, the side from the Western Cape have seen their fortunes improve in recent weeks. They are now level on points at the top of the table with the Dolphins and Titans, and still have a game in hand.

The Cobras’ table-topping aspirations could hinge on how their top order performs on Friday. While they have one of the best bowling attacks in the tournament, they will still need their batsmen to come to the party. In Andrew Puttick, they have a man who does this more often than not. Puttick has been a staple fixture at the top of the Cobras’ batting order for more than ten years. He has the ability to take a game away from an opposing side before the Cobras even reach the twentieth over of their batting innings. The Cobras’ opener amassed an astonishing 652 runs in this completion last year, and averaged 72.44 runs per innings.

With some youngsters to come after him, Puttick will have to play an innings of substance if the Cobras are to prevail in this one.

Venue
There has been a lot of rain floating around Durban over the past few days, and that may have changed the nature of the deck. It usually plays according to script with the ball rarely taking off or keeping low. The small boundaries at the ground should mean we see a substantial amount of boundaries being struck.

The local weather bureau predict a partly cloudy day but it must be remembered that Durban usually sees its fair share of early evening thunderstorms around this time of the year.

Verdict: Dolphins 5/4
As I mentioned earlier, the KZN side are unbeaten at home this season. My money is on them continuing that run with a victory over their costal rivals.