Last weekend saw a pulsating round of rugby with a total of 308 points scored across the games. The highest soreline of the weekend came in the final match at Emirates Airline Park, where the Lions put Western Province to the sword.

We now move onto the final set of round-robin fixtures and while the Lions have secured top spot, and the race to avoid the wooden-spoon has been completed. There are still some positions that need to be decided.

Although the Bulls are the likely candidates for the second home semi-final, Province still have a mathematical chance of piping their great rivals to the 2nd place spot. While the pick of this weekend’s action will see the Sharks and Cheetahs do battle for the last semi-final place. A last minute, try courtesy of lock Rudi Mathee, saw the Pumas steal an unlikely draw at the Free State stadium, last weekend. While the draw has given the Sharks an opportunity to qualify for the semi-finals, it wasn’t enough to keep the Pumas in the race for a knockout spot. Their opponents for this weekend’s encounter managed to get a vital bonus point win against the Kings last Friday. Trailing by three points at halftime, the Bulls were given a tongue lashing by Nollis Marais. The hairdryer treatment seemed to do the trick and his charges looked a much more motivated outfit in the second stanza. They went on to score 5 tries in the second half to win the game comfortably.

The Bulls now sit four points clear of Western Province on the log, and look the most likely to claim the second home semi-final spot. The men from Pretoria only need two points from this weekend’s game to ensure a semi-final will be played at Loftus.

MJ Mentz has made four changes to his starting fifteen. Hooker, Francois du Toit comes in for Frank Herne, while Rudi Mathee’s heroics have seen him elevated to the starting line-up in place of Marius Coetzer. The other change to the Pumas forward pack see’s Marnus Schoeman come in for Jaco Bouwer on the blindside. The only personal change in the backline see’s Bernado Botha come in on the right wing. While there are positional switches for Hoffman Maritz and Jerome Pretourious, who move to fullback and outside centre respectively.

MJ Mentz’s opposite number has also done some tinkering to his side, although on a much smaller scale. Deon Stegmann’s return sees Jaques Du Plessis restored to his natural habitat in the second row, with RG Snyman dropping to the bench.

VERDICT: Bulls (-11.5) 9/10
With a near full-strength Bulls side set to take to the field on Friday evening, I can’t see the Pumas getting anything out of this game. Last weekend’s 30 point defeat to the Lions has left the men from the Cape four points behind the Bulls on the log. While stranger things have happened, I honestly can’t see the Bulls slipping up at the Mbombela stadium this weekend.

While John Dobson would not admit it in public, he knows his side are going to have to travel to Loftus for an away semi-final. His team selection has been influenced by this, with Seabello Senatla and Johnny Coetze both being rested. Although the duo are carrying slight knocks, they would likely make the run on XV if the game against the Kings carried more importance. Their places in the side are taken by Huw Jones and youngster Leolin Zass.

The team news coming out of the Kings camp is that Tim Whitehead and Steven Sykes will miss the clash. Whitehead’s place in the starting 15 will be taken by veteran centre, Steven Cooke – who will also skipper the side. While one of Stefan Willemse or Tazz Fuzani will come in to the second row for Sykes.

VERDICT: Kings (+21.5)
With Province missing some of their integral backs, I can see the Kings staying within a kind 21.5 margin. 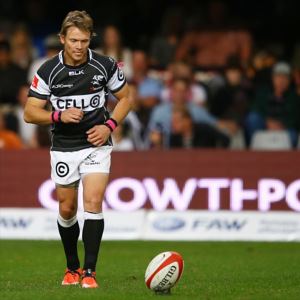 The game of the round will take place at the Free State Stadium on Saturday afternoon. With the Cheetahs currently occupying fourth place on the log and the Sharks only two points behind them, this match will effectively be a quarter-final.

Franco Smith must have had some strong words with his senior statesmen after last weekend’s debacle. Having secured a four-try bonus point with just over 30 minutes to play, all they had to do was keep the scoreboard ticking over, however this is not the Free State mentality. Numerous three point opportunities were turned down, with the Cheetahs opting to look for touch instead. These decisions came back to haunt them as the Pumas launched a late comeback that would see the game end in a draw.

The Cheetahs will have to put last weekend’s result behind them as they face a Sharks side that senses blood in the water. The Natalian’s have been given an opportunity to salvage a shocker of a season and this is all the motivation they will need.

Onto the teams news now, and Franco Smith has made a few changes to his starting forward pack. Boom Prinsloo is fit again and will come in on the flank in place of Gerhard Olivier. He will be joined in the loose trio Neill Jordaan who comes into the number eight berth in place of De Wet Kruger. There are two changes in the engine room, with Jaques du Toit coming into the front row and Armandt Koster coming in at lock.

VERDICT: Sharks 8/10
I’m tipping the Sharks to win this one and in the process, pull off one of the greatest escape acts of 2015. After decimating Western Province last weekend the Lions now turn their attention to the occupants of the foot of the log, the Griquas. The men from Kimberley only have a solitary win to their name and this is unlikely to have changed come the close of play in Johannesburg

Johan Ackerman has opted to rest the majority of his senior players, with most of Saturday’s match-day 22 being made up of fringe players and under 21 prospects.

While the Lions have scored an incredible 401 points from their 8 games thus far, the Griquas have only managed to reach a tally of 200. While these stats alone, are enough to make Griquas supporters think twice about renewing their season tickets, things get worse when you look at the points against column. The Griquas have conceded 333 points at an average of 37 points per game.

That points against tally is likely to have increased greatly come the come the close of play.

VERDICT: Lions (-20.5)
It may be a relatively young side that takes to the field on Saturday but they still should be able to pass the 20.5 margin against an uninspired Griquas outfit.