Both fixtures kick off at the same time on Sunday, the Stallions of Burkina Faso taking on the Red Devils of Congo in Ebebiyin. Both sides came into the tournament with hopeful chances of progressing past the group stages, but it’s Congo that go into this clash the better off of the two sides, with the Stallions having played out two sluggish matches, yielding just a single point. Congo would’ve been marked as the weaker of the two sides pre-tournament, so the pressure will be on to shrug off this preconception and book their place in the knockout stage. Congo
Congo played out a 1-1 draw in the opening fixture of AFCON 2015 against hosts, Equatorial Guinea. They then went on to a well deserved 1-0 win over fancied opposition, Gabon. Unfortunately, because of the even nature of Group A, this unbeaten tag hasn’t quite secured them passage to the next round. It would take a big Burkina Faso win to knock them out the top two, but a possibility nonetheless. This gives you the idea that Congo may sit back a tad, despite the runners-up more than likely being paired against a solid Tunisian side in the quarter-finals. Claude Le Roy will need to keep his charges focused to make sure they maintain top spot in the group. 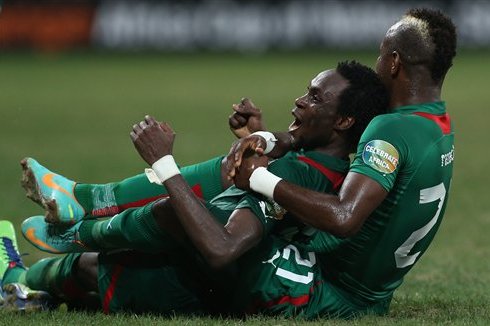 The West African Stallions will still go into this game as the bookie’s favourites after a successful qualification campaign, losing just once on their way to AFCON 2015. They’ll be looking to build on their recent tournament form, after finishing runners-up in South Africa in 2013. Tagged as underdogs, they overcame Ghana on penalties to eventually lose to Nigeria in the final. There is still a chance of qualification and it will require a massive win to overcome the favourable goal differences of Gabon and Equatorial Guinea. I wouldn’t rule them out, they know what needs to be done and will gear their strategy towards that.

VERDICT: Burkina Faso 5/4
The bottom placed side in Group A should pick up their first three points of the campaign. They’ll be playing to prevent it being their last ninety minutes on the park in AFCON 2015. Conversely, Congo will look to sit back and consolidate an almost certain qualification. This may limit their chances of netting at the other end and I’m pretty certain Burkina Faso will keep a clean sheet regardless of the result. Take the favoured side to win at a fairly generous 5/4.