Australia will be looking to claim a series whitewash over India when the two teams go head to head in the fifth and final One Day International at the Sydney Cricket Ground on Saturday morning.

Can India salvage a bit of pride or will Steve Smith and his relatively inexperienced bowling attack stick the boot into a beleaguered Indian side. Australia
A magnificent batting display from Australia’s top order followed up by some exceptional bowling toward the end of India’s innings from Kane Richardson ensured that the hosts would go 4-0 up in the series.

Smith won the toss for Australia and perhaps somewhat surprisingly opted to bat first. I say surprisingly as India had failed to defend each of their last three scores in the series, with the Aussies never really breaking stride in chasing down 309, 308 and 295.

Aaron Finch and Dave Warner strode out onto the Manuka Oval with something of a point to prove. With their Trans-Tasman neighbours’ openers – Kane Williamson and Martin Guptill – receiving worldwide acclaim for their recent performances against Sri Lanka and Pakistan. The Australian opening pair wasted no time in getting stuck into India’s bowlers, with Finch glancing the first ball of the innings down to fine leg for four.

The two would bat with their usual brand of belligerence, not letting any of the Indian bowlers settle into their rhythm. Warner would eventually depart after 29.3 overs with the score at 187 as he dragged an Ishant Sharma delivery onto his stumps for 93. Finch would be the next to perish, but not before moving to his seventh ODI century. Mitchell Marsh struggled to come to grips with his new role at number three, battling for timing as he limped to a rather tame 33 of 42 balls before falling to Umesh Yadav.

Smith was his usual industrious self as he powered to 51 off just 29 balls before Glenn Maxwell finished things off with a 20-ball 41 to push the hosts’ total to 348-8. The Aussie top order would have been well-pleased with their performance with bat in hand with each of the top five – with perhaps the exception of Marsh – making meaningful contributions to the total.

Maxwell is a doubt for the next ODI as he hobbled off the field after bowling just one over with a knee injury. He’ll likely be replaced by Shaun Marsh in the side. Other than that, I really can’t see Darren Lehmann tinkering too much with his squad. 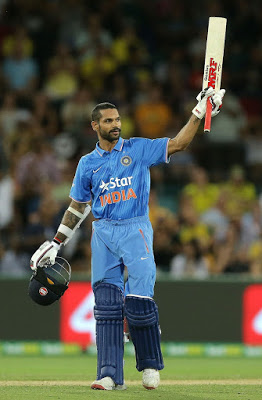 India
India had a rather forgettable day with the ball last time out as they conceded 348 runs against one of the world’s best batting line-ups. Their three-pronged seam attack of Umesh Yadav, Ishant Sharma and Bhuvneshwar Kumar managed all seven wickets between them, but also conceded far too many runs in the process, leaving their batsmen with a mammoth total to chase down.

The visitors’ chase got off to the ideal start with Rohit Sharma and Shikhar Dhawan taking the Indians to 65 off just eight overs before the former was strangled down the leg side by a rather tame Kane Richardson delivery. What followed was an absolute master class from Virat Kohli and Dhawan who put on a mammoth 212 run partnership to take India to within 72 runs of their target with 75 balls remaining in the innings.

What followed that was uncanny, Dhawan slapped a John Hastings slower ball to backward point. At that point India were still cruising with plenty of batting still to come lower down the order. India would lose their remaining eight wickets for just for just 46 runs with only Ravi Jadeja managing to put up any sort of resistance.

Following Kohli’s dismissal, the Indian scorecard made for dismal reading: 0, 5, 24, 2, 9, 2, 2, 0. The result left the Indian dressing room visibly shaken as Kohli and Co stared on in disbelief as they contrived to snatch defeat from the jaws of victory.

I’ve said it before and I’ll say it again, India haven’t necessarily played badly during this tour. They’ve lost all four games on tour while racking up an impressive 1235 runs. They’ve done brilliantly against a largely makeshift Australian pace attack but just haven’t had enough in the tank to really trouble the Aussie batsmen.

It’s not all doom and gloom for the Indians, however, as Dhawan has finally come into a bit of form after a rather protracted lean spell. Scores of 68 and 126 in his last two games have helped to ease the pressure on the Indian opener. Sharma and Kohli have also hit rich veins of form in the series. If India’s top three all fire, there are very few teams in the world who can beat them.

India may be forced to leave out Ajinkya Rahane who split the webbing in one of his fingers while fielding in Canberra. I also think that Ashwin may come into the side for one of the seamers – probably Kumar – on the spin-friendly SCG wicket. 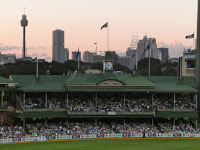 Venue: Sydney Cricket Ground
The SCG is easily one of the world’s most famous cricketing venues. With a capacity of 40 000, the Aussie’s clearly love playing here. They haven’t lost a One Day International here in 12 games and look odds on favourites to extend that run to 13.

The wicket, when compared to other decks across the country, is a veritable spinner’s paradise. Expect Ravi Ashwin (if he is to be recalled to the side as I suspect), Jadeja and Nathan Lyon to produce the goods on Saturday.

Verdict: Australia 4/10
Australia will have their tails up when they go up against a shattered Indian side. With Finch, Warner and Smith all in sublime form with the bat, and with India still licking their wounds after the manner in which they were defeated last time out. Back the Aussies to claim a series whitewash at 4/10.