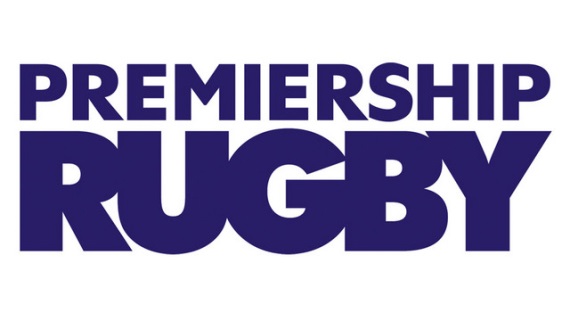 Saracens and Exeter will square off in the Aviva Premiership final at Twickenham this Saturday.

And then there were two! Yes, rugby fans we’ve reached the Aviva Premiership Grand Final. The two sides contesting the showpiece final have enjoyed spectacular seasons with Exeter reaching heights that have exceeded even the most optimistic of Chiefs’ fans expectations while ‘Saries are on for a double, having already claimed the European Rugby Champions Cup trophy.

So who will end their season on the highest of high notes? Let’s see if we can find out.

To Win (80 Mins)
Saracens 1/4 | Draw 21/1 | Exeter 32/10
To Lift Cup
Saracens 1/4 | Exeter 3/1
Saracens
Regular readers of my European rugby pieces will know I have a bit of a soft spot for the Wolf Pack. And my fondness for them will be advanced even more should they win this one as I laid a decent stake on them to win the Premiership back in November last year.

My decision to back the North London-based club was based on the quality of their players. They’ve got some brilliant Englishmen among their ranks including the talismanic Owen Farrell.

The England international has enjoyed a stellar season. He’s an extremely successful goal-kicker – he’s scored 767 points in 72 starts for the club with only 30 of these points coming from tries.

That’s not to say that Farrell is a ‘sit back in the pocket and let his boot doing the talking’ type of ten. No, far from it actually. The Wolf Pack’s kingpin is brilliant at launching attacks with his wide array of passing skills and genius rugby brain. He also doesn’t shirk his defensive duties either.

There was a bit of bad news for Saracens and Farrell last week however, as the flyhalf was forced to leave the field during their semi-final clash with Leicester due to a rib injury. If his injury doesn’t clear up, Farrell’s 10 jumper will be taken by veteran pivot Charlie Hodgson – who’s no mug. The 35-year-old is one of the Aviva Premiership’s icons. He’s accrued 2525 points in a career that spans a decade and a half. If you need a man to come in and do a job, Hodgson would definitely be your first choice.

But enough about the flyhalves, let’s move on to some of the other ‘Saries men who will make a big impact this Saturday. And what better place to start than Saracens two battering rams, Billy and Mako Vuniopala. The sons of former Tongan international Fe’ao Moe Laru Vunipola, are absolute juggernauts who strike fear into innocent backs hearts every time they receive the ball in open play. The two behemoths create the ideal platform for the ‘Saries backs to launch from as they always get their team over the gain line with their strong ball carrying abilities.

Two men who have thrived off the back of the Vunipola brother’s exploits are wingers Chris Ashton and American international Chris Wyles. Both men are devastating finishers but their best attributes are their solid positional play. They’re an absolute nightmare for opposition flyhalves to play against as they cover more ground than a Kenyan marathon runner. Any misplaced kick from Exeter’s pivot, Gareth Steenson, is likely to be punished by the duo.

Exeter
The Chiefs are enjoying their best season in the Premiership and are well-deserving finalists. Not many pundits would have predicted this run to the final – I mean they were priced up at 12/1 to win the tournament when the betting opened, which goes to illustrate what an achievement this is.

I honestly thought their season was going to come to an end last weekend. Having been drawn against an exciting Wasps outfit, it looked like the Chiefs’ mesmerizing campaign would end in a semi-final defeat. However, a dogged defensive display saw them nullify a potent Wasps backline that featured the attacking prowess of Frank Halai and Charles Piatau. Their resolute performance saw the Chiefs run out 34-23 victors at Sandy Park and book themselves a place in the Grand Final.

Their display last weekend encapsulates their season quite nicely. They were forced to scrap for their win – like they had to in the majority of their round robin phase games – but still managed to get the victory due to their grit and determination.

The use of the verb scrap is a bit misleading as it indicates that the Chiefs players are not the most talented of individuals. This is far from the truth, however. Their pivot Gareth Steenson has been a touch above this term, finishing the regular season as the Premiership’s top points scorer. Their flanker Don Armand – who slotted in at eighthman last week in place of try-scoring sensation Thomas Waldrom – has been exceptional. The South African-born flanker was rightly named as one of the nominees for the player of the season award – ironically won by Saracens fullback Alex Goode. He’s your typical South African flanker; getting through a huge amount of dirty work with little regard for his own well-being.

It will be interesting to see if Exeter head coach, Rob Baxter, starts Armand at eight this weekend. The ploy worked a treat last week with Armand and his fellow loosies, Julian Salvi and Dave Ewers, dominating the breakdown.

I do think that Exeter could use the extra ball-carrying muscle that juggernaut Thomas Waldrom brings to the party, though. The former Canterbury Crusader’s bruiser has been in great try scoring form over the past two years; as of February third this year, the big man had crossed the whitewash 23 times in 32 appearances. While his try scoring form has dipped off over the past few months, he’s still a massive ball-carrying option.

The Stats That Matter
On to the stats now and they make for rather intriguing reading. Saracens managed to win 17 of their 22 round robin fixtures while Exeter secured second place on the log standings by winning 15 of their 22 games. Exeter conceded 15 points less than Saracens and scored five points more during the round-robin phase. Exeter also managed to score 71 tries while ‘Saries crossed the whitewash 60 times.

Both teams impressed in last weekend’s semi-finals with Saracens scoring five tries on their way to a 44-17 victory over the Leicester Tigers while Exeter managed four five-pointers, two of which came courtesy of the referee who awarded a penalty tries in late on in the first half and second half.

The duo have locked horns twice this season with ‘Saries winning both encounters. The first game saw the North London club sneak home by three points while the second was a bit of a blowout with Saracens running out 36-18 victors in front if their home faithful.

Verdict: Saracens 1/4
The odds may not be great but I cannot see this Saracens side throwing away a chance at doing the double. Add this one to all your multiples for the weekend as it’s an absolute banker.

Written by Darry Worthington for @Hollywoodbets. Bet on this matches now at Hollywoodbets.net! Haven’t got an account? Open one here!