The final game of round ten of the  Aviva Premiership’s will see the Worcester Warriors welcome the Exeter Chiefs to Sixways Park on Sunday. For the hosts, this game represents an ideal opportunity to topple one of the tournament favourites. The away side, on the other hand, will be seeking the full five-point haul so as to ensure Saracens don’t pull further away at the top of the Aviva Premiership standings.

Let’s take a look at how the teams are shaping up for Sunday’s encounter. 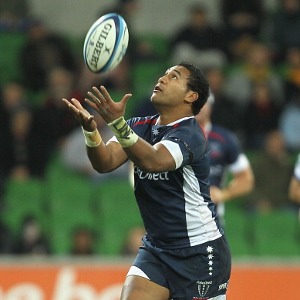 Worcester
While their last two Challenge Cup fixtures ended in defeat, Worcester can still be pleased with their showing in the tournament. Having been drawn in a tough pool, that featured fellow Aviva Premiership Gloucester, big spending Italian’s Zebre, and well-funded French club La Rochelle, many thought this young Worcester side would be conceding fifty points a game.

Worcester’s young guns opened their campaign with a well-deserved home victory over La Rochelle. They then took on Zebre away from home and were handed a bit of a rugby lesson; going down by 21 points. They followed that up with an inspired performance against a red hot Gloucester side in round three, and although they didn’t win the game, they did give a really good account of themselves. They met Gloucester for the reverse tie a week later and despite going down by 14 points, they once again put in a good showing. Their last two games in Europe saw them go down to Zebre by seven points and La Rochelle by 24 points.

Okay, so winning only one out of 6 games in the Challenge Cup isn’t really impressive, and their record in their domestic competition isn’t great either – they’ve only won 2 of their 9 fixtures – but they have shown that they are capable of giving some of the big boys a run for their money – especially on the domestic front. To illustrate my point let’s just take a look at some of their Aviva Premiership results, shall we?

So as you can see, the Warriors haven’t been pushovers this season. Their young and exciting squad has come on in leaps and bounds over the course of their campaign and I honestly think they will only get better from here on in. I wouldn’t be resting on my laurels if I was part of the Chiefs camp as Worcester’s last outing was a bit of a warning shot for any team that thinks they can just rock up and take points off them.

There isn’t much in the way of team news with Dean Ryan yet to announce his match day 23 at the time of writing. I suspect he will field a side that features two players who South African rugby supporters will be familiar with. One of the men is former Bulls and Springbok centre Wynand Olivier, who is likely to feature from the bench. The other man is former Melbourne Rebel Cooper Vuna. The flying winger is likely to be Worcester’s most potent attacking force. 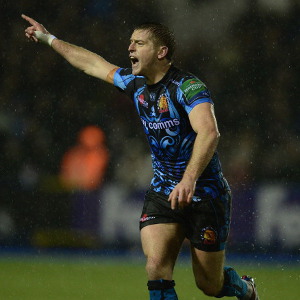 Exeter
I’m not going to hold any punches here. Exeter really should win this game. They have a far more experienced squad than their young opponents and they’re are on a decent run of form. They will have to focus for the full 80 minutes however, as Worcester will be giving it their all in front of their home faithful.

Last weekend saw the Chiefs seal qualification for the quarter-finals of the Champions Cup in the most dramatic of fashion. Having started the day as rank outsiders for qualification, the Chiefs went into their final Pool 2 game against Ospreys knowing that they needed a bonus point win. And when the final whistle had gone at Sandy Park Exeter had managed just this. Their 33 to 17 victory and Clermont’s horror show against Bordeaux saw Exeter not only qualify for the quarter-finals of the tournament but actually top the pool.

So with European qualification secured, Exeter will be looking to close the three-point gap between themselves and current Aviva Premiership leaders Saracens. It’s not going to be as simple as just turning up to Sixways Park and bagging the points as, despite Worcester’s lowly log position, Dean Ryan’s men are capable of giving their more illustrious opponents a challenge.

If Exter continue to get the basics right, then they should be able to leave Sixways Park with a win under their belts. Their driving maul has been hugely impressive this term and their backline has improved with each passing game. They also have a cool head at flyhalf in the form of fan-favourite Gareth Steenson. The pivot’s kicking ability – off both tee and out of head – has played a large part in Exeter’s fantastic start to the season. If he fires this weekend, the Warriors may be in for a long night.

Verdict: Exeter
As I said earlier, Exeter really should win this one. Their side has too much quality to lose to the likes of the Chiefs. With this in mind, back Chiefs at 1/9.