And the Ruckrunde begins. Germany’s top clubs return to action following a month-long winter break, with only a few sporadic friendlies in the interim to keep squads sharp. Bayern Munich command an eight-point lead at the top of the table and it seems unlikely that they will be prevented from marching to an unprecedented fourth consecutive Bundesliga title. Dortmund play second fiddle with a six-point gap between themselves and Hertha Berlin. The latter face an extremely important and difficult second half of the season, with a place in Europe’s elite club competition on the line. 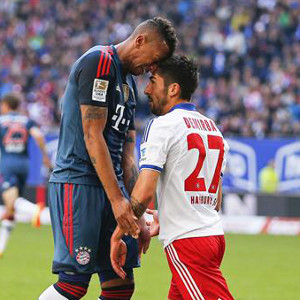 Hamburg 12/1
Draw 52/10
Bayern Munich 1/5
Hamburg face an ominous restart to the season in hosting the league leaders and defending champions. If being completely outclassed in their last two meetings is not enough to cause Hamburg apprehension, a home loss to Augsburg in their last league outing followed by three consecutive friendly defeats will surely sound the alarm bells. Munich’s Jerome Boateng was sent off as the champions suffered a shock 2-1 loss in a friendly with Karlsruher. However, with Bayern having scored 13 goals and conceded none in their last two meetings with Hamburg, they’ll be confident of collecting all three points away from home. Over 3.5 Goals offers really good value at 5/4 and is where I’ll be headed for this one.

Cologne 11/10
Draw 24/10
Stuttgart 9/4
Cologne ended the Hinrunde with an extraordinary come-from-behind victory at home against Borussia Dortmund. Anthony Modeste netted the winner in the final minute after Cologne put in an assured second-half performance. The Billy Goats sit ninth on the table and will realise that a month or two of consistent performances can put them in contention for a spot in Europe. Stuttgart’s woes from last season have continued as they lie perilously mired in the relegation zone. They have managed to climb away from last place but only by two points. Their last Bundesliga meeting saw an unexpected 3-1 win over Wolfsburg but any level of consistency is a quality that has been severly lacking at the club for some time. I’m tipping the home win at 11/10.


Hannover 5/4
Draw 22/10
Darmstadt 9/4
Hannover reside second-from-bottom and their Hinrunde coach Michael Frontzeck quit at the beginning of the winter break. Thomas Schaaf has been appointed to prevent relegation and in the process has signed Portugal striker Hugo Almeida. The club has been inconsistent in their mid-season friendlies and closed the first half of the season with three consecutive losses. Promoted Darmstadt have done well to keep their collective heads above water, lying 13th on the table. The club made a fantastic start to the season but were forced to face reality as the months rolled by. I feel that the second half of the season may prove even more difficult. Neither team inspires enough confidence to back but Under 2.5 Goals looks a good bet at 13/20. 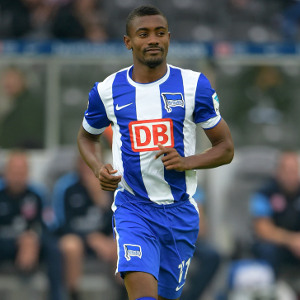 Hertha Berlin 12/10
Draw 22/10
Augsburg 24/10
Hertha Berlin finished the first half of the season in third place, a stark contrast to last season’s mid to lower table struggles. They celebrated the end of the Hinrunde with 40 bottles of champagne, waiting in the dressing room following their 2-0 win over Mainz a month ago. The Old Lady signed Bayern Munich attacking midfielder Sinan Kurt during the January transfer window, signalling intent to build a solid long-term squad. Augsburg seemingly began to find their footing following a horrendous start to the season. Augsburg went unbeaten in the last five matches before the winter break, winning four of them. Nevertheless, I cannot look past the home win here at a valuable 11/10.

Hoffenheim 33/10
Draw 11/4
Bayer Leverkusen 15/20
Hoffenheim endured a torrid first half of the season, losing eight and drawing seven of their 17 league matches which left them in last place at the halfway mark. They lost 1-0 to Schalke a month ago to pile more misery on Huub Stevens and his struggling squad. Leverkusen will probably be somewhat disappointed to be fifth in the league, a full 11 points off second spot. However, they will be aware that an improved showing in the second half of the season can easily lead to a spot in Europe. Javier Hernandez has been an absolute menace in front of goal, netting 19 times in 22 appearances for the club this season. The away win at 15/20 serves up enough value to back the better quality side to pick up three points.

Ingolstadt 29/20
Draw 21/10
Mainz 19/10
Ingolstadt went undefeated in their four mid-season friendlies, if that counts for anything. Although the promoted club had a tough end to the first part of the season, losing three of their last four, it will still be deemed a successful few months in top flight football. Ingolstadt occupy 11th spot but must be careful in the Ruckrunde as they are only five points above the relegation zone. A continuation of their form before the winter break will spell danger. Mainz have been a tough side to beat in spells and will be pleased to be in the top half of the table. They finished the Hinrunde in disappointing fashion with a 2-0 loss to Hertha Berlin and have a difficult first month to negotiate. With Ingolstadt’s strategy of containment, I can’t foresee a very open fixture. Under 2.5 Goals is the tip at 6/10. Monchengladbach 34/10
Draw 31/10
Borussia Dortmund 13/20
Perhaps it is the wrong time in the season to make such a claim, with both sides brushing off the winter rust, but this has all the makings of a classic. Monchengladbach began the season with five straight losses before going on a lengthy unbeaten streak that propelled them to fourth on the table, including a victory over Bayern Munich. A 5-0 loss to Leverkusen in the penultimate fixture before the break served to bring Gladbach back to earth and a 5-2 loss to second-division Bochum in their last friendly outing again alludes to defensive frailties. Visitors Dortmund are themselves no strangers to defensive misgivings and I’m predicting a high-scoring encounter given the firepower in both squads. I suggest taking a chance on Over 3.5 Goals at 11/10 in a match that could go either way.


Eintracht Frankfurt 5/2
Draw 26/10
Wolfsburg 1/1
Frankfurt endured a disappointing beginning to the season and lie in 14th, two points above the drop zone. They were hammered 4-0 at home in their friendly outing with Dortmund and lost four consecutive fixtures before a 2-1 victory over Werder Bremen to close the first half of the season. Wolfsburg are certainly a shadow of the force that they were last season, losing key creative players in wide areas during the previous transfer window. On the bright side, they won all of their mid-season friendlies. Wolfsburg occupy seventh place and will need more consistent performances on the road if they hope to make consecutive appearances in the Champions League. Given Wolfsburg’s struggles on the road, the Frankfurt Win/Draw Double Chance at 15/20 looks a shrewd bet. 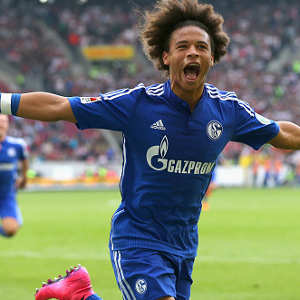 Schalke 13/20
Draw 3/1
Werder Bremen 37/10
Unpredictable Schalke lie sixth in the Bundesliga and continue to battle for consistent performances. They’ll be missing their talismanic captain and central defender Benedikt Howedes following a hamstring strain picked up in a mid-season triumph over the Fort Lauderdale Strikers in the Florida Cup. Their valuable base of young talent will be put to the test in the second part of the season and it is make or break time for manager Andre Breitenreiter. Werder Bremen sit third from bottom and more would have been expected from the side this season, who were pushing for European qualification last term. There are strong rumours for the USA’s Jordan Morris to join the club in January but whether this will make a difference for the Bundesliga strugglers remains to be seen. They failed to win their final five matches of the Hinrunde and I struggle to see them collecting three points here. Back Schalke to secure the home win at 13/20.