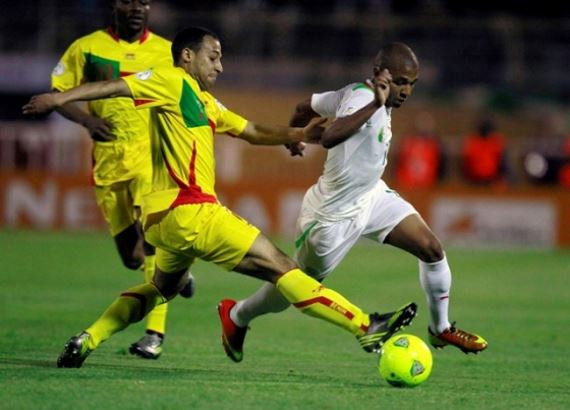 One could be forgiven for being unsure of precisely which tournament the CAF nations are qualifying for. With African Cup of Nations and CHAN qualification having taken up much of this year’s African football, along with many of these sides having already played two legs to get to this point, competition across Africa has been hotly contested. Many of these matches don’t appear as cut-and-dry as they would have in previous years and punters should be prepared for some spirited performances. 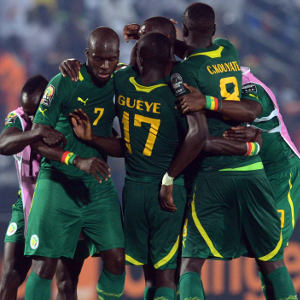 Madagascar 42/10
Draw 11/4
Senegal 13/20
Madagascar haven’t been beaten in four straight matches and can boast a 2-1 friendly win over Ghana in a largely successful 2015. They’re tough when at home and haven’t lost in the country since May last year. In truth, they haven’t faced a side who are the same calibre as Senegal in a competitive fixture in quite some time. The Lions of Teranga are ranked 39th by FIFA but have had a torrid couple of months. Friendly losses to South Africa, Algeria and Guinea away from home has left the side under pressure to pull off a result. Take the away win/draw in the interest of safety at 1/6.

Comoros 15/1
Draw 82/10
Ghana 1/8
Comoros advanced to this match-up with Ghana via the away goal rule in their qualifier with Lesotho. Comoros drew a scoreless home fixture before grabbing a second-half equaliser in the return fixture. Now they are set to face one of the giants of African football. Ghana lost to their African nemesis, the Ivory Coast, in their last outing but had a good patch of form previously. Comoros should prove no match for the Black Stars.

Kenya 33/10
Draw 24/10
Cape Verde 17/20
Kenya put Mauritius to the sword in their away fixture in qualification for this round, winning 5-2. A Kenyan side low on resources will now take on an industrious Cape Verde. Kenya are spearheaded by captain Victor Wanyama and simply must get something from this home fixture if they have any hopes of progression. Cape Verde’s 2-0 away win over Portugal in a friendly, in March, was certainly a high point in the country’s footballing history. They should put Kenya away with ease. Back Cape Verde for the win. 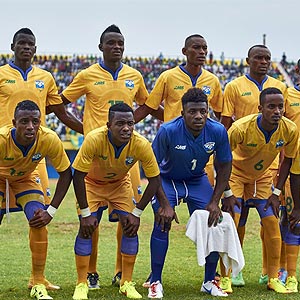 Libya 14/10
Draw 22/10
Rwanda 19/10
Libya have lost their last three match-ups and will be desperate to put a stop to that streak here. They were soundly beaten 4-0 by Morocco in Tripoli towards the end of last month and face a Rwandan side who fought to commendable 1-0 losses to Ghana and Gabon in their last two outings. In the circumstances, they can be proud of the results and have recent wins over Ethiopia, Mozambique and Tanzania to spur them on. I’m tipping the away win/draw in what could be a close qualifier.

Niger 43/20
Draw 43/20
Cameroon 13/10
Niger have benefitted from a strong recent run of form – unbeaten in four on the trot with three wins. They beat Togo rather comfortably to advance to the CHAN tournament and previously beat Somalia 6-0 on aggregate to make their meeting with Cameroon. The side played all of those matches in October while Cameroon have been inconsistent in recent encounters. They were thumped 3-0 by Nigeria in a friendly before scraping past Congo in CHAN qualification. I feel that Niger could really trouble their more illustrious opponents, who have struggled for cohesion since the World Cup last year. I’m going to stick my neck out and back the home win/draw Double Chance  at 11/20. 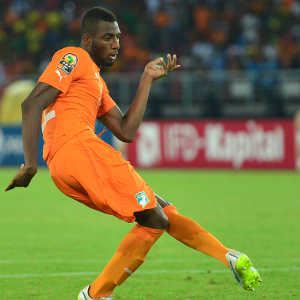 Liberia 4/1
Draw 43/10
Ivory Coast 7/10
Liberia are another of the minnows who have punched above their weight in matches over the past couple of months. A 1-0 home win over Tunisia in African Cup of Nations qualification in September would have given them the confidence to spring another upset against the current champions of African football. In all honesty, most sides on the continent would have a tough time beating the mighty Ivorians at present. A loss in October to Ghana was their first since January and they can be safely backed to pick up the away win here at 11/20.

Mauritania 37/10
Draw 5/2
Tunisia 15/20
Mauritania’s fantastic run of form of form came to end in October. Aside from a 4-0 win over South Sudan, they drew in the away leg of that World Cup qualifier and then failed to produce the goods against Mali. However, they face a side in Tunisia that has struggled the entire year and has only picked up three wins in 2015. It has been a hard crash for the Eagles of Carthage after a highly successful 2014. Both sides are certainly not at their best and I’m tipping Under 2.5 Goals in this one.

Swaziland 72/10
Draw 36/10
Nigeria 7/20
Swaziland destroyed Djibouti 8-1 on aggregate to reach the next round of World Cup qualification, capping off a successful, if not exceptionally busy, start to the year. They’ll be confident in hosting Nigeria having held bigger sides to draws in recent times. The away side have looked impressive in beating Niger 2-0, Cameroon 3-0 and Burkina Faso 2-0. However, with all of those wins coming at home, Nigeria have yet to taste victory on the road all year. Goalless draws against Tanzania and Burkina Faso will place some doubt in the mind of the punter. For safety, take the away win/draw Double Chance here at 1/12. 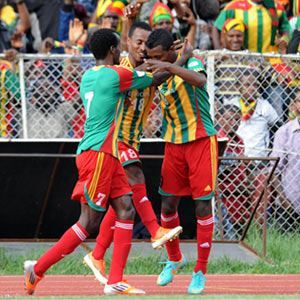 Ethiopia 22/10
Draw 22/10
Congo 5/4
Ethiopia have had a typically inconsistent run through the year, winning five, losing four and drawing twice. After losing 2-0 away to Burundi, Ethiopia rallied to win the home leg 3-0 and book their qualification to the CHAN tournament. They face an infinitely more difficult task in attempting to oust Congo, despite a largely unsuccessful year for the Red Devils. They were recently knocked out of qualifying for CHAN by Cameroon and have struggled for results in 2015. This could be another tight encounter as it is difficult to separate two inconsistent outfits. Get behind the home win in this one at 22/10.

Tanzania 82/10
Draw 42/10
Algeria 3/10
Tanzania’s recent 2-0 win over Malawi was enough to gain them a spot against Algeria, losing the reverse fixture 1-0. It was Tanzania’s first victory since this time last year and it is thought that they will have little to offer against a strong Algerian side. A shock defeat to Guinea in a friendly ruins Algeria’s run over the past five matches, four of which they have won convincingly. There’s no need to read too much into this match-up. Back Algeria on the halftime-fulltime double at 9/10

Botswana 7/2
Draw 5/2
Mali 8/10
Botswana progressed from convincing victories over Eritrea and have won three of their last four fixtures. However, their form over 2015 leaves much to desire. They’ve rarely faced opponents of the quality of Mali and have struggled to pick up victories with any regularity. Mali boast the mercurial talents of Abdou Traore, Bakary Sako and Modibo Maiga and are unbeaten in nine straight matches. They are, however, always a side at risk of drawing matches that they should win and I’d advise the away win/draw Double Chance at 1/4. 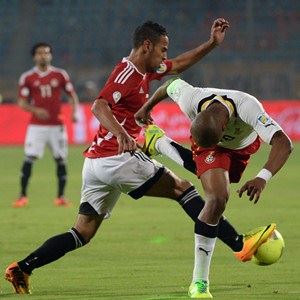 Chad 77/10
Draw 37/10
Egypt 7/20
Chad picked up a morale-boosting victory away to Gabon despite failing to qualify to CHAN. They find themselves up against African giants Egypt by virtue of scraping through on away goals against Sierra Leone. Egypt have won five matches in a row which equates to all of their matches this year. They seem to have put a difficult 2014 behind them. They visited Chad in September for an AFCON qualifier and left 5-1 winners. I’m happy to tip Over 3.5 Goals in this encounter at 2/1.

Gabon 47/20
Draw 2/1
Mozambique 13/10
Despite possessing one of the world’s in-form strikers in Pierre-Emerick Aubameyang, Gabon have been wildly inconsistent in recent times and have lost to both Chad and DR Congo in the past month. Mozambique will hope for a performance akin to their thumping wins over Seychelles. Unfortunately, it looks unlikely following losses to both Mauritius and Zambia. Gabon have struggled on their home patch but one has to feel that they will get up for the home win with World Cup qualification on the line. Back Gabon to come up trumps at 47/10.