The Capital One Cup final will take place this weekend with powerhouses Manchester City taking on Sunderland for honours at the home of English football, Wembley Stadium. Manuel Pellegrini’s men are red-hot favourites to beat the Black Cats and lift the first major trophy of the season. Sunderland are in their first cup final since the 1992 FA Cup and it’s a chance at the first piece of silverware for the club since the 1985 League Cup win. For Manchester City it is a chance to get their first League Cup trophy since 1976 as well as return to winning silverware (unless you want to count the 2012 Community Shield win). Manchester City
Manchester City have romped their way to the final with some high-scoring maulings along the way, most notably the 9-0 aggregate semi-final win over West Ham. Their other victims include holders Wigan, who were simply outclassed as Pellegrini’s men dismantled them with a 5-0 victory in the third round. Next up for City was Newcastle, where they ran out comfortable 2-0 winners away from home. Then came a potentially tricky tie away to Championship high-flyers Leicester City, but the Sky Blues’ quality proved far too much for the Championship outfit as they beat the Foxes 3-1 to advance to that storming semi-final win against the Hammers.

Sergio Aguero has handed City a major fitness boost for the final. The Argentinean striker, who has scored 26 goals in 25 appearances for City this season, has been sidelined since the end of January with a hamstring injury, but will return to the squad for this crucial encounter. City, having been beaten 2-0 by Barcelona in the first leg of their Champions League tie, can ill afford to lose more momentum as they chase trophies on multiple fronts. Confidence is not something City have in abundance at the moment following a difficult month, despite a hard-fought win over battling Stoke on the weekend. They also suffered a league defeat to Chelsea during February. City lacked their normal spark and resembled a deflated balloon against Stoke. The players were beginning to bicker amongst themselves until Samir Nasri and Aleksander Kolarov combined to set up Toure for a close range winner on 70 minutes. 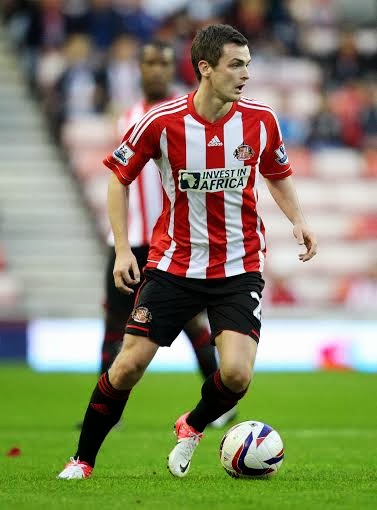 This is Sunderland’s chance to give the fans something to cheer about this season. Yes, they are still in the FA Cup, but having made it to the final for the Capital One Cup, they need to go out and make the most of it. Their Premier League season is falling apart and they could still very easily be relegated as they lie seventeenth on the standings. Sunderland’s route to the final hasn’t been as comfortable, but they’ve certainly earned it by grinding out some impressive wins. They first saw off Milton Keynes Dons 4-2 at home which was followed up by a 2-0 home win over Peterborough. Their home form continued with a 2-1 win over Southampton before meeting Chelsea in the quarter-finals. They required extra-time after playing to a 1-1 draw in normal time, but got the winner to go through 2-1. In the semi-finals they first defeated Manchester United at home 2-1, before losing the second leg 2-1 on the road in what was a frantic match. United had been up 1-0 before giving up a goal in extra-time then getting the game winner, however this just put the two teams level on aggregate, meaning penalties, which Sunderland scraped through.

Manager Gus Poyet reiterated his anger over Sunderland’s debilitating 4-1 Premier League loss to Arsenal last Saturday by suggesting none of his players have put their “name on the teamsheet” for this final. Poyet was not impressed with the team performance and admitted he now has to start from scratch before the final. Adam Johnson will want to prove a point against his ex-club. His seven goals and two assists in 2014 have helped the Black Cats progress to the FA Cup quarter-final, overcome Manchester United to reach the Capital One Cup final and pull themselves back from seeming oblivion into the relegation dogfight, as well as deservedly earning himself the Premier League Player of the Month award for January.

VERDICT: Manchester City 1/4
Statistically City should dominate the match. They have a stronger squad full of better players and are the clear favourites. Sunderland have proved to be City’s voodoo side and beat them 1-0 at home in the league this season. However, on neutral ground and not wanting to fall at another final as they did in the FA Cup against Wigan last season, Manchester City are tipped to rise to the occasion and claim the Capital One Cup.