We’re getting to the business end of the Capital One Cup with all eight remaining teams in quarter-final action this week.

The pick of the ties sees Jurgen Klopp’s revitalised Liverpool travel to Southampton to take on a side who have suffered a bit of a slump in form over the last two weeks. 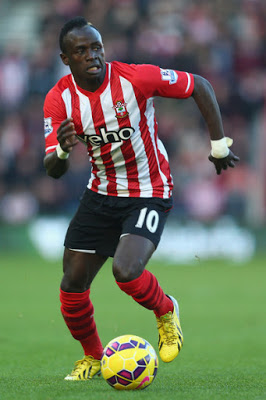 Southampton
After a nine-game unbeaten run, Ronald Koeman’s Southampton side have suffered two defeats on the trot, at home to Stoke and then away to Manchester City this past weekend. Although the Saints haven’t had the best two weeks results wise, they will still be quietly confident of snatching a win when they head to Anfield on Wednesday.

Saturday’s 3-1 defeat at the hands of Manchester City didn’t really do Southampton justice in a game that they dominated for extended periods. Having gone 2-0 down after strikes from Kevin de Bryune and Fabian Delph, Southampton kicked it up a gear, eventually pulling a goal back through Shane Long.

Despite sustained pressure from the Saints, they were unable to breach City’s defence for a second time. The game was effectively ended in the 68th minute when  Aleksandar Kolarov lashed home a De Bruyne cross.

Koeman will know that his team can’t get off to another sluggish start against Liverpool on Wednesday evening. Southampton’s Dutch manager should field a strong side heading into the clash – and why shouldn’t he? He has a squad containing more than enough firepower to go all the way in this competition. In Graziano Pelle and Saidio Mane, the Saints have two of the best attacking players in England at the moment while the likes of Jordy Clasie and Victor Wanyama providing the steel in the midfield.

Mane’s pace and trickery could be the key to unlocking a much-improved Liverpool defence. If he can find the right sort of delivery for Pelle or Shane Long – who are both more than adept in the air – Liverpool could find themselves in trouble.

Jose Fonte should be fit for the clash, although Koeman will likely start with Virgil van Dijk and Yoshida in the centre of the Southampton defence. Jay Rodriguez is still unavailable due to a foot injury while first choice keeper, Fraser Forster is nowhere near a return with a damaged knee. Liverpool
Jurgen Klopp has managed to inject the sort of fire into this Liverpool squad that has been missing since their incredible title push in the 2013/14 season. The German has already made it clear that he wants to win every trophy available this season – something that’s been apparent in his squad selections for games in the League Cup and Europa League.

The Reds will head into their quarter final tie with Southampton having won three on the trot including a 4-1 victory over Manchester City at the Etihad. Liverpool struggled to a 1-0 victory last time out against a dogged Swansea City side in near gale-force winds at Anfield on Sunday evening. A James Milner penalty was enough to separate the teams in a game which saw only two shots on target – one of them being Milner’s penalty.

Liverpool will be boosted by the return of Daniel Sturridge, the English hotshot looked industrious when he came off the bench with 20 minutes to go against Swansea, and although he didn’t manage to get on the scoresheet, there was enough to suggest that he still has plenty to offer his side moving forward. Fans will be eager to see what he can do leading the attack with Coutinho and Firmino operating on either side of him. The fluidity and movement of the three will ask questions of even the most resolute of defences. If they start on Wednesday, the likes of Jose Font and Maya Yoshida could be in for a long evening.

Klopp will also be able to call on returning skipper Jordan Henderson. The former Sunderland man will be keen to get back onto the pitch having recovered from a foot injury sustained in training. If he does start, he will likely partner Jordan Rossiter in the midfield, with James Milner getting a rest. It’s unlikely that Coutinho will start, instead expect Jordan Ibe to play on the right side of the front three with Sturridge up front and Firmino on the left.

Defensively, Liverpool has also looked much better. Dejan Loveren will face his former employers on Wednesday having made huge strides under the new manager following a calamitous start to his Liverpool career. He will likely line up alongside Martin Skrtel with Nathaniel Clyne and Alberto Moreno occupying the fullback berths.

Verdict: Liverpool 18/10 (90 Minutes)
Liverpool have been good on the road under Jurgen Klopp this season with staggering victories at Stamford Bridge and the Etihad in recent weeks. Back them book their place in the semi-finals with a straight-forward win.