The Capital One Cup semi-finals take centre stage this week and there are two classic features in store for fans of the beautiful game. An unpredictable Liverpool side host Mark Hughes’ up and coming Stoke squad on Tuesday night while Manuel Pelligrini’s all-star cast take on Roberto Martinez’s stoic Everton side the following evening. 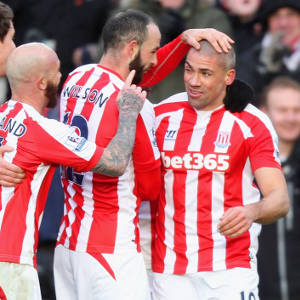 Liverpool 15/20
Draw 5/2
Stoke 37/10
The first semi-final will see Liverpool host a Stoke City side who have gone off the boil in recent weeks. The Potters come into this one a goal down and may have to overcome the deficit without talismanic hitman Marko Arnautovic. The Austrian international has been struggling with a hamstring injury for the past few weeks and is said to be touch and go for the game. Whether he plays or not could have a massive bearing on the result of this game. Arnautovic is a galvanising figure for Stoke. He’s scored seven goals for Mark Hughes’ side and his ability on the counter is pivotal to the way his side plays.

Hughes does have a few players who are capable of filling in for the Austrian however. Former United man Mame Biram Diouf is perfectly adept at playing as an auxiliary winger, as is Jonathan Walters. I suspect Hughes may opt to field Walters on the left if Arnautovic doesn’t take to the pitch. The Northern Irishman is a hard worker, who tracks back diligently. He is also capable of bagging a vital goal as his season tally illustrates. Walters has found the back of the net on seven occasions this term – two of which came in the Capital One Cup.

While Stoke have played a much more attractive brand of football this season than in years past, their back four are still as rugged as ever. Ryan Shawcross and Marc Wilson both cut their teeth in a Stoke side that was notoriously aggressive. And with Christian Benteke likely to start for Liverpool on Tuesday, the duo are going to have to demonstrate that aggressive streak once again.

For the Reds, this tournament offers their most likely shot at silverware. Jurgen Klopp’s side have
been a bit hit and miss this season. They’re capable of putting in a mesmerising one week and then playing like a division two side the following. Their run to the Capital One Cup semi-finals illustrates this perfectly. They started the tournament off with a clash against Football League Two opposition in the form Carlisle FC. And while the Reds fielded a very inexperienced side that day, you still would have thought that they’d make easy work of a team from three divisions bellow them. Instead of easing to a victory, Liverpool toiled and were lucky to make it through to the next round via a penalty shoot out.

They followed that game up with an uninspiring one nil victory over Premier League new boys Bournemouth in the second round of the competition. What followed that round, was something even the most die-hard of Reds fans wouldn’t have expected.

With the Reds drawn away to Southampton, many fans and pundits were predicting a quarter-final exit for the men in red. However, a brilliant display from Klopp’s men saw the Reds run out 1-6 winners at St Marys and take their place amongst the final four in the competition.

While Liverpool were nowhere near their best away to Stoke in the first leg, they did manage to grab a vital goal that sees them head into this one a goal to the good. If the Reds can keep their shape at the back – a tough ask as they’re missing their best defender Martin Skrtel – then they should be able to win this one and book their place in the final at Wembley.

Cup competitions tend to be unpredictable, however, so for safety’s sake, I’d recommend avoiding the Outright Win market and instead back Both Teams To Score – Yes at even money. 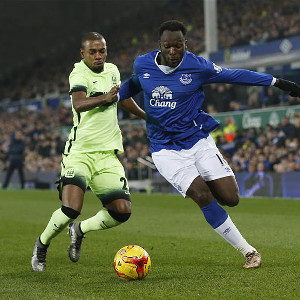 Manchester City 5/10
Draw 36/10
Everton 47/10
While the first semi-final should produce a decent game of football, I expect this tie between Man City and Everton will be an absolute classic. Both teams possess lethal strikers and have midfielders that are capable of creating a plethora of chances for the aforementioned hitmen to latch onto. They also have defensive lines that have been culpable of some silly errors.

So now that we’ve established that there are likely to be a few goals in this game, let’s move onto how the teams are shaping. City come into this game off the back off the back of a high scoring Premier League draw with West Ham. The Citizens defensive frailties were once gain on display at Upton Park as they conceded two goals

While they have some of the best-attacking talent in the league, their back four has been their Achilles Heel this term. The main reason for this has been the absence of club captain, Vincent Kompany. While the burly Belgian is a fantastic defender in his own right, it’s his ability to command a back four that has been sorely missed by Manuel Pelligrini’s side.

Kompany’s understudy Eliaquim Mangala has struggled for consistency this term. His fledgeling partnership with Nicolas Otamendi is shaky at best. Factor in the less than impressive displays from City full-backs, Bacary Sagna and Pablo Zabaleta, and you’re looking at a recipe for calamity. So with their defence looking shakier than Oscar Pretorious’ defence case, I can see City coming into this one with an attitude circa Arsenal 2007-2011: ‘We know we’re going to concede but we’ll simply try and score more than you.’.

I think Everton’s approach to this game may mimic that of their opponents. The Toffees have struggled to keep clean sheets this term, which is a bit ironic when you consider how much money Chelsea were willing to spend on their young centre-half, John Stones. Speaking of Stones, the youngster hasn’t been at his best in recent weeks. Whether this is due to mid-season fatigue or simply a drop in form – which is common with youngsters during their formative seasons in Premier League – we’ll probably never know, but one thing is for sure though, Stones and his back four colleagues are going to have to up their game on Wednesday.

One man who will return to said back four is Seamus Coleman. The Irishman has recently recovered from a long-term hamstring injury. The energetic fullback’s drive to get up and down the flank, and crossing ability, will be vital for the Evertonians. While Coleman’s likely to provide some tantalising balls into the box, they’re still going to need to be converted and the Everton player who’s capable of converting almost every single chance that drops to him is Romelu Lukaku.

The Belgian international has been nothing short of sensational this season. He’s banging in goals for fun and bullying defenders like a tenth-grade bully who’s gone back to primary school. If he gets even the smallest sniff at City’s goal, he’s likely to find the back of the net.

Everton may be a goal to the good but I suspect Roberto Martinez knows his side are going to need to score on Wednesday night if they are to make it through to the final. With City a goal down and Martinez unlikely to pull a Mourinho and park the bus, I suspect we’re in for a goal-fest. It’s a bit of a risk but at 5/2, the reward may be worth. 1st Half Both Teams To Score – Yes is my tip for this one.