After ten rounds of pulsating rugby, the Currie Cup reaches its knockout phase, and what better way to get the semi-finals started than with a clash between South African rugby’s fiercest rivals.

The Blue Bulls and Western Province have a long history that is filled with hostility. The two sides have gone head to head in the Currie Cup since the day shipping magnet, Sir Donald Currie donated the prestigious trophy. They were both part of the original four unions who participate in the inaugural event in 1889, although the Bulls played under the Transvaal banner at that point and the tournament hadn’t been given its Currie Cup moniker yet.

Fast forward 126 years and the feud is still as great as it ever was. Both sides know the importance this game holds to their sets of fans. This match can either make the players heroes or zeros in the eyes of the supporters and none of the players will want to walk away from this one with the pantomime villain tag attached to their names. 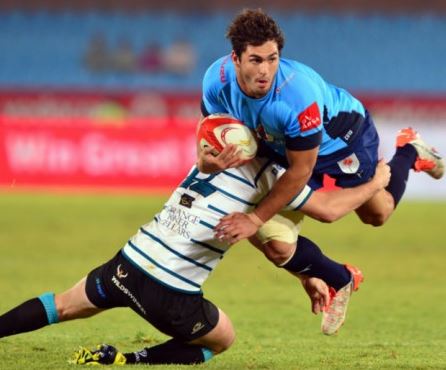 Bulls
Nollis Marais’s tenure may be in its embryonic phase, but he’s still managed to completely alter the Bulls style of play. Gone are the days of the Bulls playing their traditional brand of ten man rugby. They now implement an expansive game plan and try to get the ball to their outside backs as quickly as possible.

While Marais has been the key figure in this attacking revolution, some credit must go to his charges. Fullback, Warrick Gelant has proved to be a lethal counter-attacking weapon. Willing to run the ball out of his own twenty-two at any given chance, the junior Springbok has really caught the eye this campaign. He has been ably supported by his two wingers, Jumba Ulengo and Travis Ismael. The two speedsters have formed a solid partnership with their number fifteen and are starting to operate on an almost telepathic level.

Although the home side’s back three will pose a massive threat to the Province defensive line, John Dobson may be more concerned about the Bulls centre pairing. Dries Swanepoel and Burger Odendaal have been a hugely effective combination. The reason it’s worked so well is actually quite simple – it’s a traditional centre pairing. Swanepoel is the distributor and creative force while Odendaal is the battering ram and heavy tackler. Whilst the pairing may not be in tune with Marais’ new approach, it has reaped its rewards. The battle between Odendaal and the Johnny Kotze is going to make for fantastic viewing. It could also be where the game is won or lost.

In terms of team news, the Bulls were given a massive boost this week as lock Jaques du Plessis has overcome a slight niggle. He will come in for RG Snyman who drops to the bench. Otherwise, it’s pretty much a full-strength Bulls side that will run out in front of the Loftus faithful. 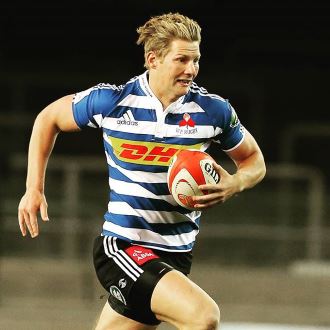 Western Province
It has been a strange campaign for the men from the Cape. They got off to a flyer, winning their first two games but then a loss in round three to this weekend’s opposition stifled the momentum somewhat. They did return to form however and were unlucky to have missed out on a home semi-final.

This season has been all about bringing the next generation of players through for Western Province. The performances put in by likes of Robert du Preez and Johnny Kotze are evidence that this strategy will bear fruit in the near future. While both players got a run out during Super 15 earlier in the year, this Currie Cup campaign has cemented their places in the first team squad. The two youngsters will have to up their games this weekend though as they will be playing against one of the best midfield combinations in the tournament.

Another man who will be key to Provinces’ hopes is Juan de Jongh. The Province skipper missed a huge chunk of the tournament with a serious knee injury. Since he’s returned, the Province backline has looked far more stable and composed. His experience will be crucial in helping Kotze and du Preez get through the biggest game of their lives.

Province were also handed some good news on the injury front, with influential flanker Ryan Elstadt being declare fit to play. The Province enforcer has missed his side’s last four games due to a thigh strain. His return couldn’t have come at a better time, as the Bulls have one of the better loose forward combinations in the tournament.

Like their counterparts, Province will be fielding their strongest team this weekend.

The two sides met twice in the tournament’s round-robin phase earlier this year. The Bulls won the first encounter by eighteen points while the return leg saw Province gain some revenge by defeating their northern rivals by fifteen points.

Nine members of Western Province’s match day squad participated in last year’s final while the Bulls only have four players who have previously experienced knockout rugby at this level.

Verdict: Bulls (-3.5) 9/10
It is a tough one to call as the sides are so evenly matched, but I think home ground advantage will see the Bulls end the Capetonians campaign.