The 74th Currie Cup season kicks off this weekend with the same six sides filling up the Premier Division as last year thanks to First Division winners E.P. Kings failing to capitalise during their two match promotion-relegation series against the Free State Cheetahs. ‘Failing to capitalise’ being a nice way of saying the Kings were on the wrong end of a 49-point hiding over the two match series. Western Province pulled off a remarkable upset in last year’s season finale at Kings Park against a table-topping Sharks outfit to claim a record 33rd Currie Cup title for the Capetonians. Western Province start out as competition favourites this season, but if you are looking to make a decent return on your money with an outright winner for 2013, the Sharks and the Bulls are both looking quite lucrative at 3/1. Sharks vs Griquas | Friday 9 August | Kings Park | 19:10
Last year’s losing finalists kick off the weekend’s action at home against the hardy men from the Northern Cape. The last Currie Cup encounter between these two sides took place during the last round of the 2012 regular season in a match that ended with the Sharks securing a conclusive 42-3 victory over their visitors. The coastal franchise will be hoping for this year to be a case of third time lucky, having made it all the way to the finals over the last two Currie Cup seasons only to come up empty handed on both occasions. With the controversial axing of coach John Plumtree before the Super XV season had come to an end, Brendan Venter will lead the coaching staff for this year’s Currie Cup. The Sharks will be without the likes of Pat Lambie, Willem Alberts and Marcell Coetzee as well as their entire front row of Tendai Mtawarira, Bismarck du Plessis and Jannie du Plessis who are off preparing with the national side for the upcoming Rugby Championships. Still, they have the likes of Butch James, Keegan Daniel, Odwa Ndungane and Lwazi Mvovo at their disposal to keep them competitive in the competition until all the big names return in the latter stages.

Griquas run out with a solid forward pack this weekend looking to dominate the set pieces and exploit the Sharks’ gaping hole in their front row, thanks to Springbok duty claiming their first choice scrummers. Marnus Schoeman and Ligtoring Landman team up in the second row, while hooker Ryno Barnes captains the touring side. The Griquas have a lot less firepower at the back than the Sharks so they will inevitably be looking to keep the ball wrapped up in their forwards for as much of the game as possible.

VERDICT: Sharks (-13.5) 9/10
With a new CEO and a new coach looking to prove their poorly handled dismissal of John Plumtree was justified, the Sharks will be looking to kick off the season with a resounding home victory. The Sharks by 15.

Golden Lions vs Free State Cheetahs | Saturday 10 August |Ellis Park | 15:00
The Lions will be feeling pretty chuffed following their recent promotion-relegation series win over the Kings. The series victory means they will once again be blessed with the considerable financial assistance that accompanies fielding a side in the Super Rugby competition, while also allowing the Johannesburg based side a bit more leverage when it comes to recruiting and retaining players. The Cheetahs had an impressive showing in this year’s Super XV and will be hoping to put their playoff experience to good use this Saturday. With the relief of having recently reclaimed their coveted Super Rugby slot from the Kings last weekend, the Lions will now turn their focus to the task at hand, being taking on a confident Cheetahs outfit at Ellis Park this Saturday. Lions Coach Johan Ackermann has named Marnitz Boshoff at number ten for their opening game of the season, with Elton Jantjies offering cover on the bench.  Derick Minnie will captain the side in the absence of the injured Warren Whiteley.

Despite being without the likes of captain Adriaan Strauss and prop Coenie Oosthuizen, who have been called up for national duty, the Cheetahs were still able to name an impressive line-up for Saturday’s clash. Scrumhalf Sarel Pretorius, flank Lappies Labuschagne, centre Robert Ebersohn and last season’s top try scorer Raymond Rhule have all been named in the run on side for the Cheetahs this week, meaning the rusty Lions are going to be tested at home.

VERDICT: Cheetahs 27/20
A decent return for a Cheetahs win without having to touch the handicaps, and considering how strong a side they were able to name, as well the great form they displayed in the Super XV this year that saw them reach the playoffs for the first time, it almost seems like a no-brainer. The Cheetahs by 5. 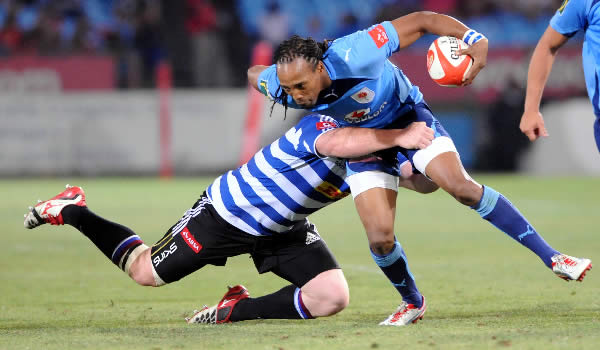 Western Province coach Allister Coetzee has named his side to take on the formidable Bulls at Newlands this Saturday with wing Cheslin Kolbe and lock Gerbrandt Grobler making their Currie Cup debuts. Gio Aplon runs out at fullback while Gary van Aswegen starts at flyhalf as the defending champions attempt to pull of a repeat of the Stormers compelling victory over the Bulls at the same venue a month ago in the last round of the regular season of Super Rugby.

The Blue Bulls are lead out in the Currie Cup by a new captain this Saturday as Jono Ross has been named to command a young and inexperienced Bulls side at Newlands. The Bulls have been haemorrhaging players recently, some have left for greener pastures while others have been called up for national duty. Only five players remain from the side that finished off the 2012 Currie Cup campaign, but the new Bulls captain believes his side’s inexperience does not necessarily mean they won’t be a force to be reckoned with in this year’s competition.

VERDICT: Western Province (-5.5) 9/10
Province should be able to push the fresh faced Bulls around with relative ease at Newlands this Saturday.

Think we’ve got it wrong? Well leave your comments below and tell us how you think this is going to play out.
Related Topics2013betbettingBullsCheetahsCurrie CupGriquasLionsOddspickspredictionpreviewRound 1SharkstipsWestern Province