The Lions are the only winless side left in the competition, with the other five sides in the Premier Division all sitting on a win apiece from two matches. This week the Sharks travel to Free State to take on the Cheetahs, the lads from the Western Cape head over to Kimberley to face Pote Human’s charges, and the Lions nip across to Pretoria to face the Blue Bulls at Loftus. 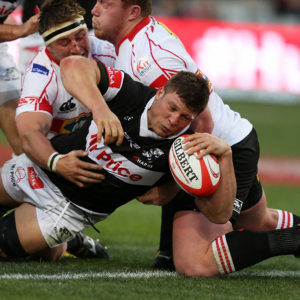 The Cheetahs have included rejected Springbok prop Trevor Nyakane in their starting lineup for this weekend’s clash against the Sharks. The Cheetah’s scrum was far from its best last weekend, but having lost the likes of Coenie Oosthuizen and Adriaan Strauss to the national side, it is not that surprising. A new lock pairing of Lood de Jager and Teboho Mohoje has been named to start this Friday, while Sarel Pretorius starts at scrumhalf with Kevin Luiters offering cover on the bench.

The Sharks will be pleased with the return of regular captain Keegan Daniel from injury as he takes up a spot on the flank this weekend. Jacques Botes will retain both the captaincy and his spot at the back of the scrum.  SP Marais will move to fullback this week thanks to the loss of Odwa Ndungane to a hamstring injury. Sizo Maseko will come in on the wing.

VERDICT: Sharks 5/4
The Sharks looked a lot stronger against the Lions last week than they did in their opening game against Griquas. The Cheetahs failed to stamp their dominance on either of their two opening games, managing a one point victory over the Lions followed by a one point loss to Province. I think the Sharks might cause a small upset here. Sharks by 5.

Griquas vs Western Province | Saturday 24 August | GWK Park |15:00
Western Province will run out on the hard ground of Kimberley this week looking to secure their second win of the season, but Pote Human’s charges have different plans for their visitors. Griquas coach Pote Human has named four changes to his side for this week’s clash against Province in Kimberley. Nick Schonert takes over in the front row from prop Lourens Adriaanse, who has set off to Argentina with the national side. Burger Schoeman drops to the bench to make way for eighth-man Leon Karemaker. Marnus Hugo takes over the number ten jersey from Jacques Coetzee, who battled with the new scrum laws last week. Rocco Jansen gets his first start of the competition as he takes over on the wing for PJ Vermeulen, who shifts to fullback in place of Gouws Prinsloo.

Western Province’s chances have been bolstered by the return of centre Juan de Jongh, having been left out of the Springbok squad travelling to Argentina for the second round of the Rugby Championships. The fitness of flyhalf Gary van Aswegen is in doubt after the Province pivot took a big hit against the Cheetahs last week, but a final decision regarding his availability will be made closer to the match. Backup flyhalf Demetri Catrakilis is also out of action with a shoulder injury, meaning Kurt Coleman will more than likely start in the number ten this week.

VERDICT: Griquas 11/10
Western Province are battling with injuries at the moment, never a good condition to be travelling to Kimberley in. Griquas by 7.

Blue Bulls vs Golden Lions | Saturday 24 August | Loftus Versfeld | 17:05
The Lions will be looking to turn their season around this Saturday, I am just not sure that Loftus Versfeld is the best place to do it. Only two changes for the home side this week, with Ruan Snyman earning his first start as he takes over from Rudy Paige, who falls to the bench. Bongi Mbonambi takes over in the front row from injured hooker Callie Visagie. Bandise Maku offers cover on the bench.

The Lions are holding out on their final team announcements, probably as they try to fathom a way to climb off the bottom of the Premier Division table. With only one point from their first two Currie Cup outings this year, the Lions are going to have to figure out a winning formula soon or they could find themselves in another promotion/relegation series later this year.

VERDICT: Blue Bulls (-2.5) 9/10
The Lions are not looking all that impressive at the moment, definitely not impressive enough to beat the Bulls at Loftus. The Bulls by 5.