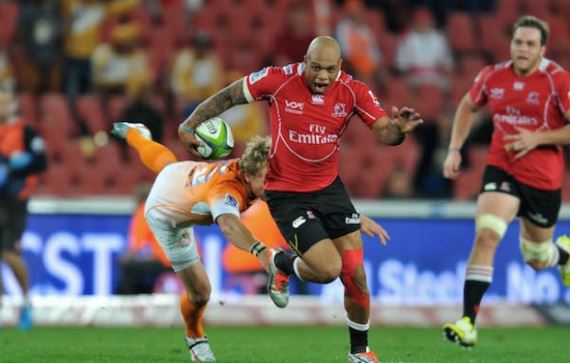 The second Currie Cup semi-final sees the table-topping Lions take on the enigma that is the Free State Cheetahs. While the match seems quite clear cut on paper, you just never know when this Cheetahs side are going to put in a mesmeric performance.

With both sides intent on running the ball at any given chance, this game has all the makings of a Currie Cup classic. Lions
When Johan Ackerman took over the reins from John Mitchell in 2013, he inherited an aging side that was on a steady decline. While the former Springbok lock experienced some early teething issues, he has managed to take the Lions to new heights over the past two years. No longer are they the whipping boys of Super Rugby, or the Currie Cups perennial underachievers. The Lions have now become a force to be reckoned with.

Whether Ackerman is responsible for the Lions focus on youth or whether their previous financial situation necessitated the approach is up for debate. One thing that is for sure, though, the Lions youth academy is producing some of the most talented young players in the country.

The likes of Marnitz Boschoff and Jaco Kriel are evidence of how much an effective academy can improve your first team. Boschoff will be tasked with getting the backline moving this weekend while his goal kicking will also be crucial. Kriel was the stand out loosie while Whitley was away with the ‘Boks and continued to impress while his skipper was recovering from an injury he sustained with the national side. Whitley overcame his injury a few weeks ago and will join Kriel and Steph de Witt in the loose trio this weekend.

While Johan Ackerman is yet to announce his side, there don’t seem to be any real injury concerns for Lions fans to fret about. Ackerman is likely to field the same side that annihilated Western Province in round nine. Cheetahs
How they managed to make it into the semi-finals with only three wins to their name is beyond me. But, I suppose, that’s just how the Cheetahs do things. Franco Smith’s charges are a lot like Arsenal Football club; in that they are their own worst enemies. Smith’s side had the inside track on the fourth semi-final berth and could have sealed their qualification for the semi-finals two weeks ago, instead they managed to scrape through to the next round by drawing their last two games.

While the Cheetahs are well capable of snatching defeat from the jaws of victory they are also able to do the reverse. Their game against the Bulls in the final round of Super Rugby this year is a perfect illustration of this. No one fancied a struggling Free State side to keep the points difference under twenty, let alone win the game. The Cheetahs had different ideas however and ran the Bulls rampant.

They will need to put in a similar performance this Saturday if they are to beat the tournament favourites. Key to their chances will be the back three partnership of Petersen, Rhule and Blommetjies. The trio have been shining lights in an otherwise gloomy campaign.
Franco Smith has opted to make just a solitary change for this weekend’s game, with  Niel Marais coming in at flyhalf for the ineffective Sias Ebersohn.

The Stats That Matter
The Lions have been on a different level to their competitors this season. The Gauteng side scored at grand total of 430 points in the round-robin phase – which equates to an astonishing 43 points per game. The Cheetahs meanwhile, only managed to put 268 points on the board at an average of 26.8 points per game.

The sides met in round seven of the competition; the game saw the Lions run out 73 to 31 point victors. The Lions edge the standings when it comes to the last five head to head encounters between the sides – Johan Ackerman’s side have won three while Franco Smith’s boys have won two.