With both teams in fine form and a possible 10 point swing going to the victor, this game promises to be both a hard fought and entertaining clash. 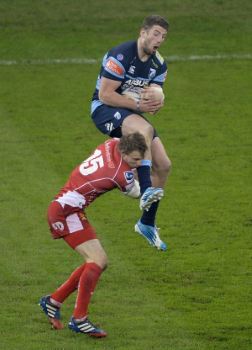 Cardiff
The Welsh club signalled their intention in the tournament last Saturday with an emphatic display, that saw them cross the whitewash on seven occasions. Head coach Danny Wilson will have been extremely pleased with his side’s efforts but knows they are in for a much tougher test this Thursday.

When you look at the composition of the Blues squad, it’s really no surprise that they turned over the Italians with consummate ease. They had 7 Welsh internationals in their run on fifteen last weekend as well as Samoan centre Rey Lee-Lo. When you can name the likes of Gethin Jenkins, Liam Williams and Sam Warburton in your starting lineup you’re always going to be in with a good chance of claiming the spoils.

After taking a look at last weekend’s team sheets, I am even more convinced that this game will be a spectacular exhibition of rugby. I mean just take a look at some of the head to head clashes that will take place; Liam Williams v Mike Brown, Nick Easter v Luke Wallace, and the all-Welsh battle up front between Jenkins and Adam Jones.

Speaking of the battle upfront. I think this will be the area where the game will be won or lost. Both teams have some exciting backs but without clean ball being provided for them, they’re going to struggle to make an impact. Gethin Jenkins is a wily old front rower and he could well turn the scrum in the Blues favour, whilst former Highlanders stalwart Jarrad Hoeta will be the key man for the Blues at lineout time. 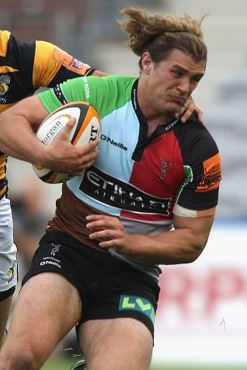 Harlequins
If ‘Quins scrum anywhere near as poorly as they did last week then they’re in for trouble. The rest of their game was superb. They ran the ball with confidence, won the majority of their lineouts, tackled like Trojans and their tactical kicking was first class. But their scrum was an absolute shambles and led to them being down by 9 points with less than a quarter of the game having been played.

They know they’re coming up against a strong scrum this week and the forwards will have put in a few extra hours at training to rectify the issues. If they do manage to work the kinks out of this aspect of their game, then they’ll have a great chance of getting a vital away win. Their backline thrives on quick ball and Mike Brown and Marland Yarde demonstrated how devastating they can be when the opposition defensive line is out of shape, last week.

If they do struggle to dominate the set piece, they could still manage to gain a foothold in the game through their loose trio. Luke Wallace is an absolute menace at the breakdown. He managed a staggering amount of turnovers against Montpellier, with a lot of the steals leading to ‘Quins tries. The big man also managed to get his name on the scoreboard alongside his fellow loosies Nick Easter and Jack Clifford, who also crossed the whitewash. The trio will once again be of vital importance to ‘Quins cause.

Verdict: Harlequins
I’m sure ‘Quins will have rectified their scrum difficulties by the time this fixture comes around and with their backline in fine fettle, I expect the English side to emerge the victor.