Ulster will finally kick off their European campaign after last weekend’s events in Paris saw their opening day fixture against Oyonnax postponed. While Ulster had the weekend off, Saracens got their campaign off to the perfect start. The London-based club overcame an, understandably, out of sorts Toulouse side by 13 points.
Ulster will be desperate to stop Saracens from opening up a substantial lead on the pool 2 log, they’re going to have to put in a massive performance in order to do this, though, as the current Aviva Premiership leaders are in fine form. 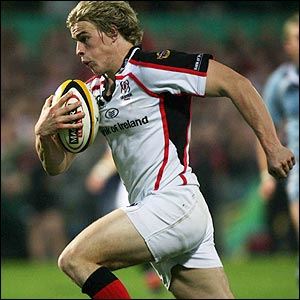 Ulster
The Irish giants, currently occupy fifth spot on the Guinness Pro 12 standings. They’ve won 4 out of their 7 fixtures in that particular competition and have accrued 169 points while conceding 112. Whether this form will translate into European success is yet to be seen, but it has at least given them some much-needed game time.

Their squad contains quite a few journeymen including South Africans Ruan Pienaar, Franco van der Merve and Louis Ludick. Pienaar has become somewhat of a cult figure for the Irish club. The former Natal Shark plays a much more conservative brand of rugby than he did in his heyday with the coastal franchise. He is now more of an organiser than an attacking threat. This evolution is mainly due to his many years spent in Ireland. The slow nature of the European game is tailor made for Pienaar. Another Super Rugby campaigner who’s made the trip north is Jared Payne. Unfortunately for Ulster, though, the utility back has been ruled out for the remainder of the season with an Achilles tendon injury.

With Payne unavailable, Luke Marshall and Darren Cave will renew their longstanding partnership in the centres. Irish wingers, Andrew Trimble and Tommy Bowe are likely to be Ulsters biggest threats. Trimble is a powerful runner with gas to burn, and any missed place kicks to his side of the pitch will be brutally punished.

Upfront, Ulster can call upon veteran Irishman, Rory Best to guide the forwards. The hooker is a fantastic lineout thrower and with the 1.98 metre Van der Merve doing the majority of the jumping, I can’t see Ulster losing too many lineouts. 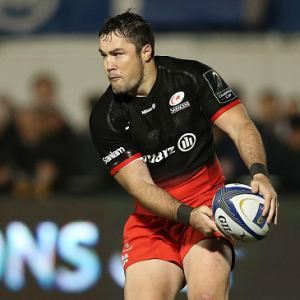 Saracens
Saries’ put on a tremendous first half showing against Toulouse last week which ultimately handed them an opening day win. England flyhalf, Owen Farrell was immaculate, running the game with his boot. I had actually forgotten that Farrell and fellow Englishmen, Richard Wigglesworth, had usurped the veteran half-back pairing of Charlie Hodgson and Neil De Kock – so apologies for the inaccurate team news last week. Farrell and Wigglesworth look an exciting combination and the duo are likely to play key roles this coming Friday.

Another pairing in the Saracens side that looks the business is Brad Barritt and Ducan Taylor. The two centres compliment each other beautifully. Barritt is the hard-hitting, no-nonsense twelve while Taylor offers an exciting running option outside of the former Durbanite.

Upfront, Billy Vunipola will provide the impetus from the back of the scrum. The big man is likely to be partnered by Michael Rhodes and Will Fraser. Rhodes has matured at a rapid rate since he’s left South African shores and was highly influential in Saracens win against Montpellier. Billy Vunipola’s brother Mako, also put in a brilliant shift last time out. The prop threw the pass of the game – a deft little inside ball – to set up a try for American winger Chris Wyles. Mako will be joined in the front row by Jamie George and Petrus du Plessis. George’s great form has kept dynamic ‘Bok hooker Schalk Britz firmly planted to the bench.

Verdict: Saracens 1/1
The London-based side are in great form and should be able to overcome a talented but aging Ulster team.


Bet on this tournament now at Hollywoodbets.net! Haven’t got an account? Open one here now