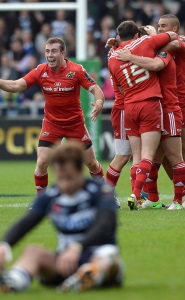 The first round of the Rugby Championship Cup proved a tame one with regards to predictability, all the results going the way of the favourites for a change. The Sale Sharks came painstakingly close to delivering the competition’s first upset, but a menacing Munster side had other ideas. The visitors staged a magnificent second half rally to pull back within a couple of points of their hosts, but as the clock ran out a cracking last-play forty meter Ian Keatley drop goal secured Munster yet another of their trademark last-gasp victories. Ospreys took an early lead on the consolidated standings by claiming the most convincing win of the opening round, outclassing the troubled Treviso 45-7 at Liberty Stadium. But it was Glasgow’s emphatic 37-10 home victory over Bath that made the biggest statement of the weekend, with the Scots shaping up to be a real threat to the existing European club rugby hierarchy. This week brings with it several exciting clashes, meaning a greater chance of upsets and decent returns for the more brazen punters out there. A cracker of a game gets proceedings under way this week as Saracens travel to the hostile Thomond Park to take on mighty Munster. Saracens successfully carried their impressive Premiership form through to this new look Euro competition, sneaking four tries past a clumsy Clermont Auvergne at Allianz Park last weekend and claiming a coveted bonus point to push them to the top of Pool 1. Munster got things off to an equally impressive start, digging deep to emerge from the first round as the only side to win on the road, outscoring the Sale Sharks three tries to two in the action-packed clash at AJ Bell Stadium.

VERDICT: Saracens 5/4
This one is going to go down to the wire, but while facing Munster at home was once the most daunting of tasks for any side, recent loses at Thomond Park to Edinburgh Rugby and Ospreys in the PRO12 leaves me little choice but to back this exciting Saracens side. Toulon kicked off their campaign with a convincing 28-18 home victory over the Scarlets to take a narrow lead in Pool 3, keeping their dreams of a third consecutive European title alive as they head over to Ireland to face Ulster this weekend. Ulster are yet to lose at home this season, having won all three of their home fixtures in the PRO12, but they got off to a shaky start in this competition last week when the Leicester Tigers blasted through the shoddy Ulster defence three times in the first forty minutes to lead 19-3 at the break. Ulster fought back gallantly in the second half with two tries of their own, but were unable to bridge the massive gap. Bath suffered a telling 37-10 defeat to the Glasgow Warriors in the opening round of clashes, but having taken the decision to rest key players in this competition, it seems clear they are more focused on retaining their top-four spot in the Aviva Premiership. A poor start in this season’s Top 14 cast some doubt on Toulouse’s chances, but they looked a far stronger side last week in their 30-23 home victory over Montpellier, proving they are still very much a force to be reckoned with on the European stage.

VERDICT: Toulouse 2/1
With Bath seemingly unwilling to get fully behind this campaign Toulouse should comfortably pick up a valuable away win. The Glasgow Warriors will be heading for France overflowing with confidence following their exceptional start to the season that has them comfortably occupying second spot on the PRO12 log after six games, coupled with their powerful win over Bath last week that secured them top spot in Pool 4 of this competition. Montpellier return home dejected having suffered a 30-23 opening round defeat to fellow countrymen Toulouse, but they have made a decent start in this season’s Top 14 and are always a tricky bunch at home.

VERDICT: Montpellier 7/20
The Glasgow Warriors have made a tremendous start to the season, but the Scots have a terrible travel record in Europe and Montpellier will know a home loss here could mean an early exit in this season’s tournament. Expect them to pull out all the stops. A comedy of errors unfolded in the dying minutes of round one’s clash between Racing Metro and the Northampton Saints that saw the hosts turn a score-levelling Saints’ conversion attempt into a match-winning try. They return home this week to face a fired up Ospreys side fresh off their mammoth 45-7 victory over the terrible Treviso.

VERDICT: Saints 1/6
Both sides currently lead their respective domestic competitions so this clash is bound to be an exhilarating spectacle. But I think the Saints will be the hungrier of the two for the win as they attempt to make amends for their opening round faux pas. 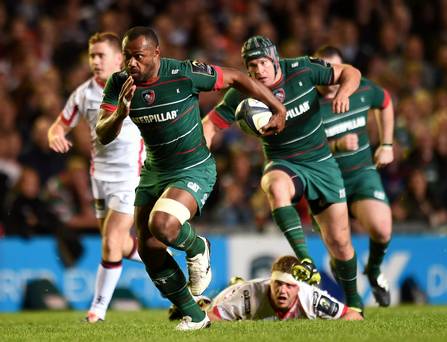 The Tigers thankfully left their poor Aviva Premiership form at the door as they powered past Ulster to a 25-18 victory at Welford Road last Saturday. They now head for Wales to take on the Scarlets who gave last season’s Heineken Cup champs Toulon a decent run for their money last Sunday, but ultimately came up short as the hosts pushed through for a hard-fought 28-18 win.

VERDICT: Leicester Tigers 6/10
The Tigers looked far too dangerous last week for me not to back them here. Castres failed to turn their feeble form in the Top 14 around in last weekend’s opening clash with the mediocre Harlequins, going down 25-9 at the Twickenham Stoop. They’ll have to improve significantly this Saturday if they want to avoid embarrassment in front of their home crowd when they take on Leinster, fresh off their 25-20 win over the Wasps.

VERDICT: Leinster 15/20
Leinster has hardly blown anyone away so far this season, but they still look a darn sight better than this catastrophic Castres outfit. 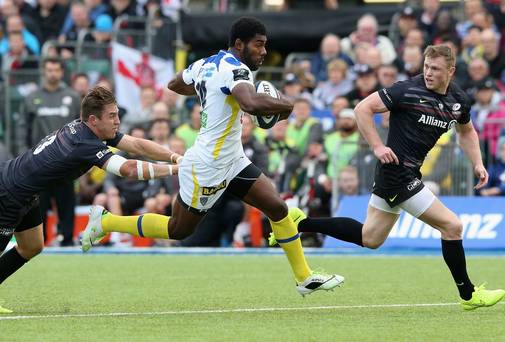 Clermont Auvergne will be looking to pick up their first win of the tournament following their 30-23 away loss to Saracens last week. They are currently setting the pace in the Top 14 and have lost just one match at home this season, so the odds are certainly in their favour. The Sharks were unlucky to lose to Munster last week after a hearty first half performance had the hosts leading 23-7 at the break, but they’ll need to put in the full eighty minutes this week if they intend on turning things around.

VERDICT: Clermont Auvergne 1/20
If the Sharks couldn’t hold onto a 16-point lead at home they are hardly going to be able to overcome one of the tournament favourites on French soil. Judging by their embarrassing performance against Ospreys last week, Treviso look set for yet another season as Europe’s punching bag. It took 77 minutes before they even bothered the scoreboard. They’ll have the home ground advantage this week, but it hasn’t proved much of an advantage for them in the PRO12, so they’ll probably just be hoping to pinch a cheeky bonus point for losing by less than seven points. A bit ambitious of them really.

VERDICT: Racing Metro 1/8
Treviso are yet to record a win in any competition this season and are unlikely to start now with Metro coming into town, eyeing the perfect opportunity to sneak past Ospreys into the driving seat of Pool 5. Harlequins managed to come alive in the second forty of last week’s clash against Castres Olympique to pick up convincing 25-9 victory, although I’m not sure how many spectators were still awake to see it following an excruciatingly dull first half that left the scores locked at 3-3. They nip over to Adams Park this week to take on the Wasps who failed to turn up for the second half of their clash with Leinster last week, throwing away a healthy 20-11 lead at the break to go down 20-25.

VERDICT: Wasps 5/10
The Wasps have been incredibly tough at home in the Premiership this season, picking up victories over Bath, Newcastle and the table-topping Saints. They fell just short when these two met back in September, with the ‘Quins sneaking a narrow 3-point win at home. The Wasps should take this, but not by much.