This weekend delivers the last round of clashes for 2014, with the competition returning for the final two pre-knockout rounds at the end of January. Leinster, Toulon, Glasgow and Munster all suffered defeats on the road last week, meaning just two teams, Harlequins and Toulouse, have managed to navigate their way through the first half of the regular season unscathed. Round 3 proved a particularly fruitful one for the English, with six of the seven Saxon sides collecting the spoils, but the French contingent still control the consolidated table as they currently hold pole in four of the five pools. This weekend sees a repeat of last week, as sides convene for return fixtures. Bath pulled off a phenomenal 25-point victory over Montpellier in France last week despite the hosts having led in almost every match statistic, from territory and possession to number of clean breaks made. Montpellier paid the price for ill-discipline and shoddy defence, receiving three yellow cards and missing almost a third of their tackles. It is a wonder that they managed to get off as lightly as they did.

VERDICT: Bath 1/16
Montpellier won’t be risking their first-string side this week seeing as they now have no hope of advancing past the pool stages, so Bath should be aiming to muscle a bonus point out of this one. Glasgow threw away a promising start last week, going down 19-11 to four-time European champions Toulouse as poor discipline earned the visitors a yellow card on both sides of the break. The French club certainly made the most of their numbers, scoring sixteen of their nineteen points while their guests had a man in the bin. Toulouse really should have managed a more convincing win at home under those conditions, so they could come unstuck for the rematch in Glasgow this week.

VERDICT: Glasgow 6/10
If the Glaswegians can keep fifteen men on the field for the full eighty minutes then they’ll have a fairly decent shot at reclaiming their lead of Pool 4. Unsurprisingly the Northampton Saints claimed a comfortable 15-38 away win over troubled Treviso last week, and with the Italians now completely out of contention for a playoff spot I doubt we’ll be seeing much in the way of a rousing recovery by Treviso when the two lock horns at Franklin’s Gardens on Saturday.

VERDICT: Saints 1/100
Anything short of a bonus point victory for the Saints will be embarrassing. There’s no value here, but if you find the handicap less than thirty points in the Saints’ favour, jump all over it. A fierce battle between these two sides last week saw the Tigers sneak a narrow 25-21 home victory over the reigning European champions. Toulon have only themselves to blame as they needlessly gave away a hefty fourteen penalties in the match, which Leicester’s Owen Wilson took full advantage of. The loss ended a 10-match winning streak for the French club in this competition, so Toulon will be more than eager to make things right when they run out at home this week.

VERDICT: Toulon 1/10
The Tigers delivered their strongest performance of the season last week and only just managed the win, so I can’t see them managing to pick pocket the points again when the two clash on French soil. Racing Metro will feel slightly cheated out of the win in last week’s clash with Ospreys after a 73rd minute drop-goal by the industrious Johan Goosen had Racing seven points clear of their hosts, but a late Josh Matavesi try left the scores levelled at 19-19 at the sound of the siren. Racing were the stronger side on the day, and will be desperate for the win to remain in the running for a spot in the playoffs.

VERDICT: Racing Metro 1/5
Ospreys made the most of their opportunities last week, but they are unlikely to be presented too many of those this week on their trip to Le Mans. 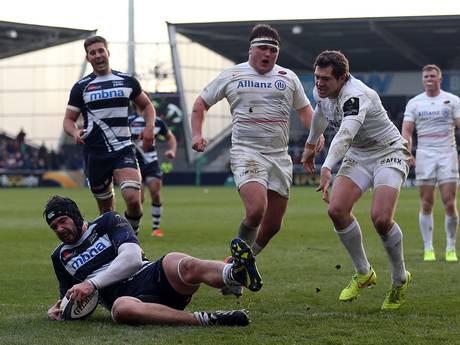 Sale pushed Saracens far closer than anticipated last week, looking better than they have for a long time now, but were ultimately unable to penetrate the incredible “Sarries” defence despite the brutal battering they unleashed on it in the final quarter. Saturday’s rematch is unlikely to provide the same intensity as Sale’s loss at home last week means they have no chance of advancing in the competition. They’ll be resting their best for the Aviva Premiership from now on.

VERDICT: Saracens 1/33
With Sale having no real desire to win this week and Saracens aiming to go all the way to the final again this season, a home victory is on the cards. 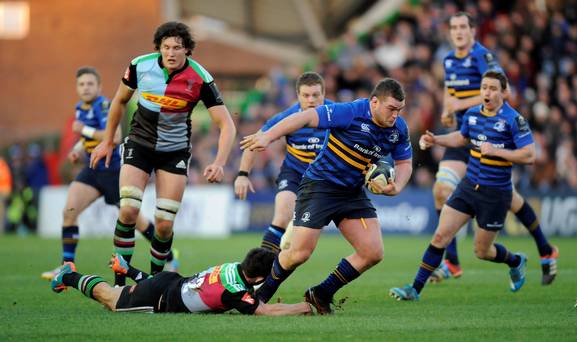 Harlequins picked up their third win in the competition last week by taking down Leinster 24-18 at home, moving them into the top spot of Pool 2. After a tense first half left the sides tied at 9-9, a powerful second half display saw the ‘Quins crash over twice while Leinster only managed to add another nine points through the boot of Ian Madigan. Leinster will be out looking for blood when the two meet again, this time at Aviva Stadium, so the ‘Quins best brace themselves for the backlash.

VERDICT: Leinster 1/5
Leinster will be far tougher in Dublin and a home win this week will go a long way in securing them a coveted home quarter-final. The Wasps pulled off a resounding 17-32 victory over the calamitous Castres in France last week. The game was a far closer contest than the scorecard implies, with the Wasps leading 15-14 at the break, but the wheels fell off for Castres when Sitiveni Sivivatu gave away a penalty try and picked up a yellow card along the way, for a high tackle on Tom Varndell. This leaves Castres out of the running for the playoffs while the Wasps, who have picked up a bonus point in every game, have an outside shot of advancing.

VERDICT: Wasps 1/20
If they managed a 15-pointer in France they can surely bank on the same at home. Clermont pulled off the insurmountable task of toppling Munster at Thomond Park, becoming the first French club to ever do so. This gives Clermont a massive psychological advantage for Sunday’s rematch, but they are nowhere near as formidable at home as they were a few years back.

VERDICT: Clermont 1/5
Munster will come out swinging this week, but with Clermont’s remarkably solid defence I can’t see the Irish side faring much better in Clermont-Ferrand than they did Limerick. Ulster picked up their first win in the competition last week with a convincing 24-9 home victory over Scarlets. It was yet another clash in Round 3 in which discipline proved costly, as an early Scarlets lead was quickly undone after James Davies was sent to the sin bin for a late and high hit on Ian Humphreys, allowing Ulster the opportunity to add a quick fourteen points to the board in his ten minute absence. Scarlets are sitting on just four points from their first three outings, and their inability to pick up bonus points this season means that their chances of making it past the pools stages are slim at best.

VERDICT: Ulster 5/10
Ulster’s victory last week gives them an outside chance of advancing, but they’ll need an equally compelling victory away from home this Sunday, so expect a hungrier Ulster than we’ve seen so far this season.