Is there a more unpredictable league in world football at the moment than the English Football League Championship? Last week’s results point to a resounding no.

Middlesbrough lost for the second time in as many weeks as they were put to the sword by Nottingham Forest while Bolton continue to cling on for dear life as they recorded a surprise 3-1 victory over MK Dons. This weekend sees a number of games postponed due to the fourth round of the FA Cup, with that in mind there are only three matches set to take place this week; and as such, we’ll be previewing them as a multiple to try maximise your winnings! 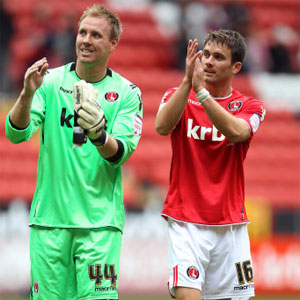 Rotherham United 11/10
Draw 5/2
Charlton 9/4
Rotherham will have been happy enough in claiming a point last time out as they drew 2-2 away at Cardiff City. Having gone a goal down, Joe Newell equalised for the visitors before Anthony Pilkington put through his own net to hand the Millers the lead just after half-time. Pilkington would make up for his earlier error by grabbing the equaliser on the 61st-minute mark after his was cleverly put through by Stuart O’Keefe. The Bluebirds would continue to push for the winner, however, some resolute defending from Rotherham ensured that the scoreline would remain 2-2.

Charlton missed a chance to move closer to safely as they drew 1-1 with fellow strugglers, Blackburn Rovers. The Addicks took the lead in the 30th minute through Harry Lennon’s deflected strike. Rovers would equalise through their talismanic Scottish centre-forward, Jordan Rhodes. He headed home after getting on the end of a magnificent cross by Adam Henley. This game is a definite relegation six-pointer that both teams will be desperate to win. It should be a tight affair, however, Rotherham have been decent at home while the Addicks haven’t travelled particularly well. With this in mind, back Rotherham at 11/10. 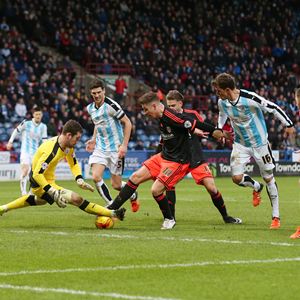 Huddersfield 29/20
Draw 27/20
Cardiff City 31/20
Huddersfield manager David Wagner couldn’t hide his frustration as his side went down 2-1 at the Amex Stadium. It was their first defeat in six games, as Manchester United loanee, James Wilson, scored the winner for the Seagulls. Bobby Zamora gave the hosts the lead before Harry Bunn scored his fourth goal of the season to bring the Terriers level in first-half stoppage time. Huddersfield’s woes were compounded as Tommy Smith received his marching orders six minutes from time after a clumsy challenge on Kazenga LuaLua.

As mentioned above, Cardiff City struggled to a 2-2 draw with relegation-threatened Rotherham United. They will be absolutely desperate to claim a win on the weekend which will see them stay in touch with the top six. Failure to claim all three points against Huddersfield could see their promotions hopes all but disappear. Both teams have been involved in high-scoring thrillers of late, and I see no reason why this game should be any different. Back the Both Teams to Score: Yes market at 15/20. 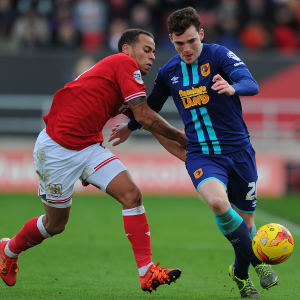 Bristol City 29/20
Draw 27/20
Birmingham City 31/20
Bristol City missed an opportunity to climb out of the relegation zone last time out as they went down to a wildly inconsistent Leeds United side at Elland Road. A solitary Souleymane Doukara strike was enough to claim all three points for the Yorkshire club. He was teed up perfectly by Stuart Dallas who put in a magnificent low cross for the big French centre-forward to fire home from six yards out. Bristol won’t be too keen to go up against this free-scoring Birmingham side this weekend, especially as they look to move out of the bottom three.

Birmingham City continued their charge up the Championship table with a resounding 3-0 win over Ipswich town at the weekend. Will Buckley opened the scoring for the Blues in the 23rd minute after he tapped in following a sharp save from the Ipswich goalkeeper. The gloss was put on City’s win by  long-range strikes from Jon Toral and Maikel Kieftenbeld. Birmingham have been in excellent form of late and really shouldn’t have too much trouble brushing aside Bristol City this weekend. Back the Blues at 31/20.