One of Europe’s longest-standing football rivalries will be renewed when Fridays international friendly pits France against Germany. Both sides will use this fixture as preparation for Euro 2016, which will be held in France. As hosts, Les Bleus automatically qualify for the competition, while Germany topped Group D in the qualifying round. 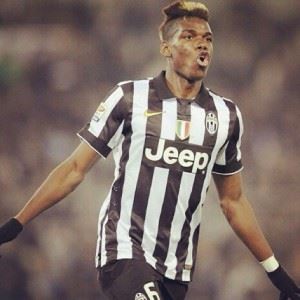 France
France picked up a 2-1 victory away to Denmark last time out, courtesy of a brace from Olivier Giroud, to make it four wins from four games. Just the kind of form they need going into an encounter against the World Champions.

Les Bleus, under manager Didier Deschamps, have most frequently played a clear 4-4-2 formation, operating with two athletic central midfielders who can both win back the ball and break forward when required. Paul Pogba and Blaise Matuidi have emerged as the preferred duo for this role, with their combination of immense physicality and capacity to cover distance quickly in attack and offer an additional body going forward.

With defenders comfortable in possession and Hugo Lloris as the captain and established goalkeeper, France are able to play a very high back line in the knowledge that they have a defence with speed to recover, and a shot stopper who will happily step outside his penalty area to cover through balls. They’ll build play from deep, and try to move the ball wide to the overlapping full-backs or into the feet of more creative midfielders dropping off.

Karim Benzema and Mathieu Valbuena, embroiled in an alleged sex tape blackmail scandal, have been omitted from France’s squad for the games with Germany and England. The Real Madrid striker Benzema was placed under formal judicial investigation earlier on Thursday in connection with an alleged attempt to blackmail the Lyon forward, Valbuena, over a sex video.

Giroud and Anthony Martial are likely to lead the focal point of attack while Antoine Griezmann and Kingsley Comen will support the aforementioned duo. Both Griezmann and Coman have been in tremendous form and should offer Les Blues plenty of creativity going forward. 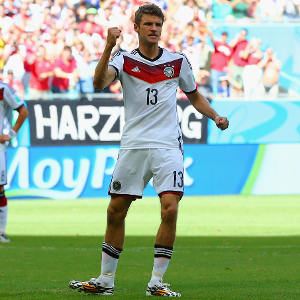 Germany
Max Kruse came off the bench to score the goal that sent Germany through to Euro 2016 as Group D winners. They topped the group with seven wins from 10 matches, scoring 24 goals and conceding nine times.

A consistent and long-term commitment to playing adventurous, fluid football with great technique and creativity in the final third has been key to Germany’s progress and relative success on the international stage. That adventurism does not come at the expense of defensive solidity and organisation, though, with the entire squad expected to contribute to working back into position off the ball and denying the opposition room or time to play through. Both full-backs are encouraged to get forward with support play and controlled build-up, while the wider attacking midfielders have great movement and the ability to score goals, regardless of who starts.

Joachim Loew has become somewhat of a philosopher of football. He has changed the dynamics of Germany from a static defensive style to a fast aggressive forward moving play. In Loew, Germany have an established coach, who knows all his players strengths and weaknesses, both tactically and mentally.

Arsenal’s Mesut Ozil has been left out of Germany’s squad. Loew has also not selected Real Madrid midfielder Toni Kroos for the games either, citing the lack of a winter break in England and Spain as his reason for doing so. Thomas Muller has been in fine form for club and county. The Bayern Munich forward scored nine goals in the Euro 2016 qualifying rounds and will be the man to take the German’s forward.

Verdict: Draw 23/10
It will be their first meeting since Germany won 1-0 in the quarter-finals at the 2014 World Cup. The last time Germany travelled to France was in 2013 where they won by two goals to one. Although recent head-to-heads point in favour of Germany, France have looked the better team in recent matches. Both sides pride themselves on attacking football, so goals are expected. It should be a tight affair and the draw looks the likely outcome.