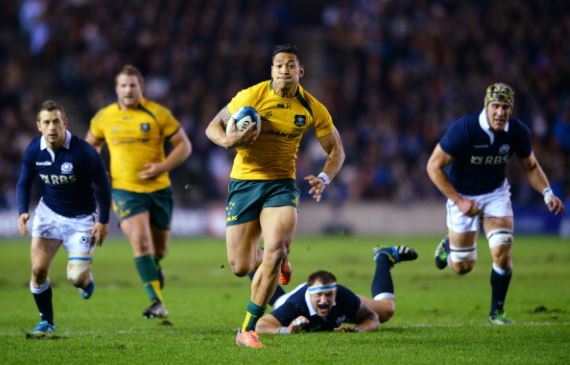 Australia and Scotland will bring the curtain down on the quarter-final stage on Sunday evening. Both sides have exceeded expectations thus far and will hope to reach even loftier heights by advancing to the semi-finals.

While it’s definitely the easiest quarter-final to call, it may also prove to be the biggest money maker of the weekend. 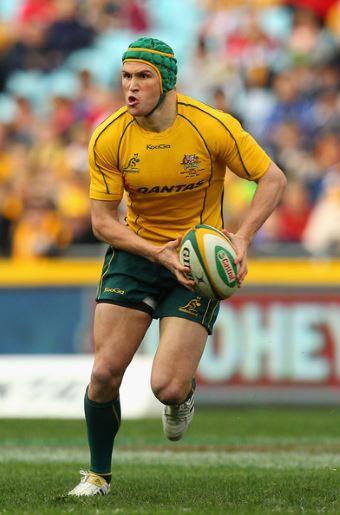 Australia
Michael Cheika’s side put in one of the best defensive performances that the World Cup has ever seen  last weekend. Will Genia was yellow carded in the fifty-sixth minute when he failed to retreat the required ten metres from a Welsh penalty. He was soon joined in the sin bin by Dean Mumm. The Wallaby lock was given his marching orders for taking out Alun Wyn Jones while the Welshmen was still in the air. With the Australians down to thirteen men, the Welsh laid siege to their try line, however, a resolute Wallabies defensive line held firm and managed to keep the Dragons out.

That sort of defensive effort is such a psychological boost for a rugby side. If you know you can stop a team from scoring even when they have a two-man advantage, you start to believe you can do anything. While the Australians didn’t manage to cross the whitewash themselves, their defensive effort more than negates their attacking deficiencies. And, it’s got to the point in the tournament where having a solid defence is a lot more crucial than having a strong offense.

Having said all of that, the Australians are definitely still a threat on attack and are likely to demonstrate that this weekend. The Wallabies backs will be itching to have a go at this porous Scottish defence.

In terms of team news, Michael Cheika is still waiting to see if some of his big guns will overcome the injuries they picked in last weekend’s victory. Matt Giteau, Israel Folau, and David Pockock all received on-field medical attention during the game. Giteau seems to have overcome the rib injury he sustained while Pockock and Folau are a bit more touch and go. One man who will definitely be among the run on fifteen is Michael Hooper. The uncompromising flanker served his one-match ban last weekend and will be rearing to get back on the field of play. 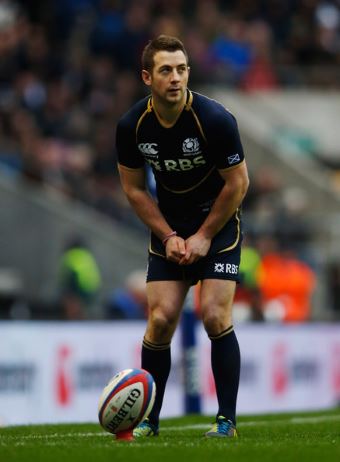 Scotland
Vern Cotter’s side have certainly surpassed what was expected of them. I for one thought they would have already made the short journey home at this point. While the South Africans ran them rampant in one of their pool games, the Scot’s were impressive in the other three. They opened their campaign with a thirty point win over a Japan side that was on a massive high after beating the South Africans. They then beat the United States by twenty-three points in the second week of the tournament, before losing to the Boks the following week. They finished their pool campaign with a narrow three-point victory over the Samoans.

The win against Samoa sealed their place in the quarter-finals, but the game may also prove to be their undoing. Jonny Gray and Ross ford were both cited, for an innocuous looking tackle that has been deemed dangerous. The Scottish board have decided to appeal the bans and are waiting on the IRB’s disciplinary panel to reach a verdict on the appeals.

While Ford’s absence wouldn’t be a huge loss, Gray is a different matter. Scotland have already lost Gray’s fellow lock, Grant Gilchrist, through injury and can ill afford to lose another second row forward. There is some good news among all the doom and gloom, however. Influential pivot, Finn Russel, came through last weekend’s physical clash with Samoa unscathed and will start again this weekend.

The Stats That Matter
The Australians have a slight advantage when it comes to the last five matches played between the sides. The Wallabies have won three games while the Scots have two victories to their names. The Australians scored twelve tries in the five matches while the Scot’s could only muster up three. In fact, the Scots have failed to grab a five-pointer in the last three matches played between the sides.

However, both teams were in impressive try scoring form during the group stage of this tournament. The Australians managed to cross the whitewash on fourteen occasions while the Scot’s were only three behind them with fourteen tries. Although, the duo have similar ‘tries for’ records there’s a huge difference when it comes to tries conceded. The Scot’s defence was quite porous in comparison with the Wallabies. The men from the North of the English border let in nine tries during their group B games, whilst the Australians only had their goal line breached on two occasions.

Verdict: Australia (-16.5) 9/10
While the Scots were moderately impressive during the group phase, the knockout stage will be a whole different kettle of fish. My money is on the Wallabies putting a large points margin between themselves and the Scottish. For those who enjoy Hollywood’s live in play facility, make sure you put some money on the total score line to pass the 45.5 mark.