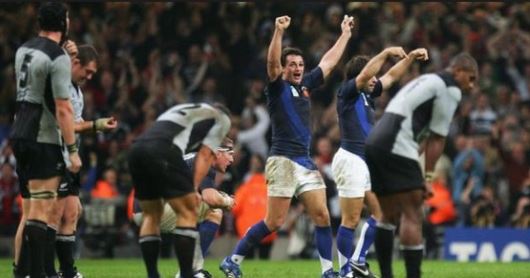 The second quarter-final will pit the all-conquering All Blacks against the erratic French in a repeat of their 2007 encounter. The two sides have been involved in some classic World Cup matches over the years and this match promises to be one of the best.

Can the All Blacks put their Millennium Stadium hoodoo behind them, or will the French ensure history repeats itself? 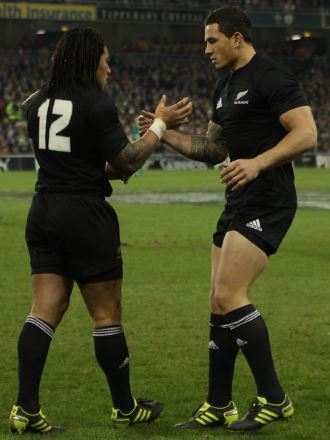 New Zealand
The All Blacks group stage performances may not have been out of the top draw, but they still managed to acquire nineteen log points from the twenty available.

While most coaches would be happy with that sort of points return, Steve Hansen is probably not entirely content with their group stage showing. The All Blacks mentor is a hard man to please and he will expect more from his side in the knockout rounds.

With the French seemingly upping their game ten-fold for World Cup encounters with the All Blacks – Hansen knows just how vital it will be for his team to come out of the gates firing. Le Bleu have managed to upset many an All Black coach in the past and Hansen will not want to suffer the same fate that befell John Hart and John Kirwan.

The All Blacks mentor will be looking to his veterans to provide cool heads on Saturday. The likes of Dan Carter and Richie McCaw know the threat the French carry at a World Cup. Both players were involved in the All Blacks controversial defeat to the French at 2007 event and they will have ensured all the younger members of the squad are prepared for the Tricolores onslaught.

In terms of team news, the All Blacks will be without Tony Woodcock. The Blues prop damaged his hamstring against Georgia last weekend. His place in the run-on side is taken by Crusaders’ loosehead, Wyatt Crockett.

The biggest conundrum Hansen would have been facing this week, would have been who to partner Conrad Smith with. The All Blacks coach has wisely opted to go with Ma’a Nonu in the starting lineup while Sonny Bill-Williams will provide the impetus from the bench. 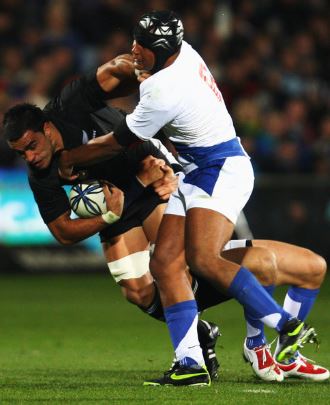 France
As I alluded to earlier, the French seem to up their game for these clashes. No rugby fan worth their salt will have forgotten their second half comeback against the All Blacks at the 1999 tournament. France were down by fourteen points at half-time and looked like they were going to be participating in the third and fourth playoff match instead of the final

This is where the story gets interesting, however. As rumour has it, a few members of the French squad decided to negate the half-time oranges and instead crack open a few bottles of wine. Whether this was just tabloid hearsay or it actually occurred we will never know, but whatever transpired at half-time seemed to spur the French on to one of the finest second half displays the World Cup has ever seen. Le Bleu went on to win the game by forty-three points to thirty-one.

Their 2007 encounter followed a similar script; the All Blacks were up by ten points at half-time but instead liquid courage coming to France’s rescue, it was referee Wayne Barnes who saved the day. The Englishmen missed a forward pass in the build-up to the French try that ultimately won the game.

Philipe Saint-Andre will be able to call upon three of the men who were involved in that quarter-final. Thierry Dustautoir, Frederic Michalak, and Dimitri Szarewski all took to the Millennium stadium pitch eight years ago.

While Michalak and Dustautoir will both start this game, Szarewski will play from the bench. Michalak will have a new half-back partner in Morgan Parra for this weekend. Parra is one of three changes to the side that did battle against the Irish last week. The other change’s see Alexandre Dumoulin come into the centres in place of Mathieu Bastareaud while Bernard le Roux comes in for Sebastien Tillous-Borde on the flank.

The Stats That Matter
This will be the seventh meeting between the two sides at a World Cup. The previous six encounters have seen New Zealand take the spoils on four occasions. In total, the All Blacks have posted a staggering 163 points in the six matches while France have put 109 points on the board. They have only met in one quarter-final, which ironically, was held at the Millennium Stadium in 2007 – Le Bleu won the encounter by twenty points to eighteen.

Steven Hansen’s side ran in an impressive, twenty-five tries in the pool stage while the French could only manage to cross the whitewash on twelve occasions. While his side’s lack of attacking threat may be giving Phillipe Saint-Andre a few sleepless nights, he will probably be more concerned with the defensive side of things. Le Bleu shipped six tries during the group stage, and when you consider who some of their opponents were, it makes it all the more worrying.

Verdict: France 4/1
I’m going to stick my neck out here and back this current French squad to repeat the heroics of the classes of 1999 and 2007.