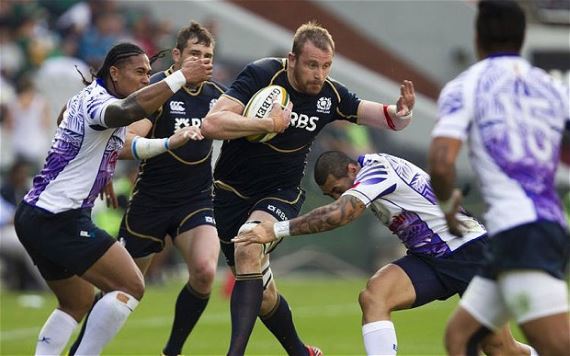 While Scotland still have a chance to advance further in the competition, the Samoans are already out. Their loss to Japan last Saturday signaled the end of their quarter-final qualification bid. They will still want to try secure third spot in the pool so as to ensure automatic qualification to the 2019 World Cup in Japan.

With the Scots just needing a win to advance to the next round, Vern Cotter may implement a change in tactics. When given a chance, his side have looked to run the ball at every opportunity. While this expansive game plan has served them well thus far, they may look for a more conservative approach on Saturday. With the Samoans set on playing a running brand of rugby, Saturdays match should see an interesting contrast in styles. 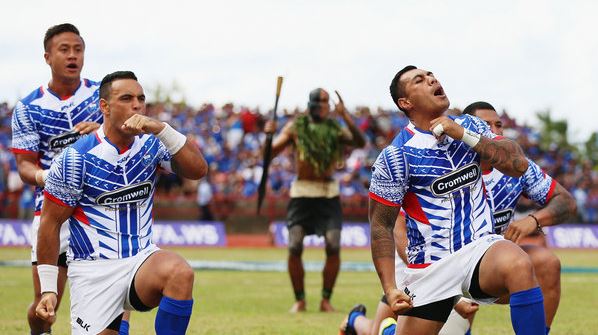 Samoa
A disappointing campaign will close for Samoa on Saturday afternoon. The end of the road couldn’t come soon enough for all those involved with the team from the Pacific Islands. A year that promised so much has quickly descended into a nightmare with their brave performance against New Zealand in Apia now seeming like a distant memory.

Kahn Fotuali’i and centre Paul Perez have been two bright lights in an otherwise below-par campaign. While Perez and Futuali’I have been pleasant surprises, the likes of Alesana Tuilagi and Tim Nanai-Williams haven’t really reached the heights many pundits were predicting.

While their big names are yet to fire, that could all change on Saturday. The Samoans are at their most dangerous when they have nothing to lose and the Scots should be wary of the Pacific Islander’s ability to sucker opposition teams into playing an open brand of rugby.

There are some intriguing stats on the Samoan side of things. They have conceded 10 tries and uncharacteristically, have only run in 3 of their own. Their points difference sits at negative 52 and they have only averaged 12 points per game at the tournament. Last weekend’s encounter against the Japanese saw the Samoans give away a staggering, 19 penalties.

The two sides have met at the World Cup twice before. The first encounter came at the 1991 tournament, while the second was at the 1995 event. Scotland won both games by margins of more than 15 points. The last time the two sides met was in a test match held at Kings Park, in 2013. The game saw the Samoans get their first and only win over the Scots. 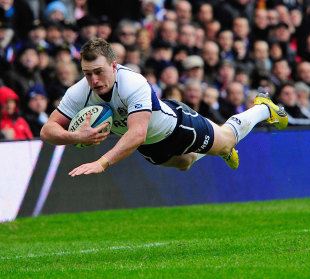 Scotland
If the Scots manage to win on Saturday, the name Vern Cotter will be sung in every pub from Glasgow to Inverness. His side came into this tournament off the back of a torrid seven months. Last placed finishers in the Six Nations, many were tipping the Scots to be one of the few established nations to take their bow before the quarter-finals.

Although their qualification is not yet secure, the Thistles have put in some impressive displays in their opening three games. They’ve looked a solid unit and strangely, a lot more willing to run the ball than your traditional Scottish side.

The two key men to this attacking renaissance have been fullback Stuart Hogg and pivot Finn Russel. Hogg has been fantastic on the counter, launching attacks from his 22 on a regular basis. While he’s a brilliant rugby player, last Saturdays clash against the South Africans proved he still needs to do a lot of work on his Cristiano Ronaldo impression. While Hogg was doing his utmost to secure a lucrative deal with Newcastle Football Club, Russell was watching from the sidelines. The influential ten sprained his ankle in their second group game. He may be fit to return this weekend, and if he does, Scotland’s qualification chances will be vastly improved.

Another man who could have a big influence is former Golden Lions skipper, Josh Strauss. Strauss put in a decent shift against his former countrymen and may find himself in the starting lineup yet again.

I took a look at some of the Scots stats, and they make for an interesting read. They have a positive point’s difference of 40 and have only conceded 5 tries. Their measly defense has been backed up by a lethal attack. The men from the North of the English border have run in 11 tries thus far at an average of 3.75 tries per game.

Verdict: Samoa (+9.5) 9/10
With Scotland wanting nothing more than a win, I can see the Samoans keeping the scoreline within the margin.